Senior Obama officials huddled in October of 2016 to discuss what to do if Trump alleged Clinton had stolen the election because it was “rigged,” according to the New York Magazine.

The idea was to put together a bipartisan panel of political voices that would bestow their respective blessings on the election result. Obama insiders, including communications director Jen Psaki, sought the approval of Republican “Never Trumpers,” like former Secretary of State Colin Powell and Bush-era National Security Advisor Condoleezza Rice, to override any talk of an illegitimate election result. 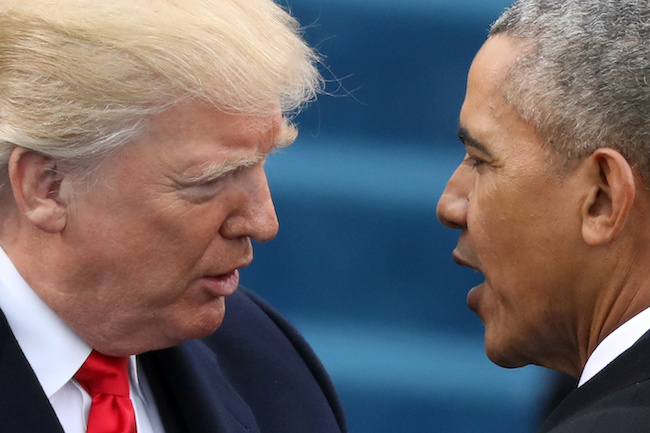 The aides also planned to work with a bipartisan group of legislators to promote the idea that Russia had directly meddled in the election and had favored Trump over Clinton. (RELATED: Fake News Impact Was Limited In Run Up To Election, Study Suggests)

“We wanted to handle the Russia information in a way that was as bipartisan as possible,” senior Obama aide and speechwriter Ben Rhodes told New York Magazine.

According to the report, Trump’s enigmatic response to a question at the Oct. 19 presidential debate worried the Obama team. When asked if he would concede, Trump responded, “I’ll keep you in suspense.”

“It wasn’t a hypothetical,” Rhodes told New York Magazine. “Trump was already saying it on the campaign trail.”

Ironically, since losing the election, it has been Clinton and her inside circle that have questioned the legitimacy of Trump’s election. Fully one year after Clinton lost, she was questioning the validity of Trump’s victory because of Russian meddling allegedly assisting the Trump campaign. (RELATED: Clinton Questions Legitimacy Of 2016 Election)