Apparently, Georgetown students have better things to do with their time than show up to a book appearance with the famed Bob Woodward.

Earlier this week, the author of Fear, a book that eviscerated President Trump‘s White House painted the president as dangerously unorganized and unintelligent, visited the college campus as part of the journalism program’s “Government & Media Relations in the Digital Age.” The class is taught by John Kirby.

All students were invited to attend Tuesday’s event from 6–9:30 p.m. at the Reiss Science Building in Georgetown.

Maybe there was a big party that night?

Only 30 people showed up.

Woodward shouldn’t be too worried. The associate editor at the Washington Post is still kicking ass on the New York Times bestseller’s list. Fear spent four weeks in the top slot and is now #2 after Fox News host Tucker Carlson‘s Ship of Fools.

But at Georgetown, interest in his book has waned since the book dropped last month.

The event was not open to the public or the press (which may have also been the problem here — the gray-haired intellectuals pack themselves into places like Politics & Prose for far less-know authors than Woodward). It was, however, free to all Georgetown students, who clearly weren’t interested in attending Woodward’s event.

The scene was captured by Washington paparazzo photographer Mark Wilkins.

“You would think Woodward would get a better crowd,” Wilkins told The Mirror. “I feel bad for him.” 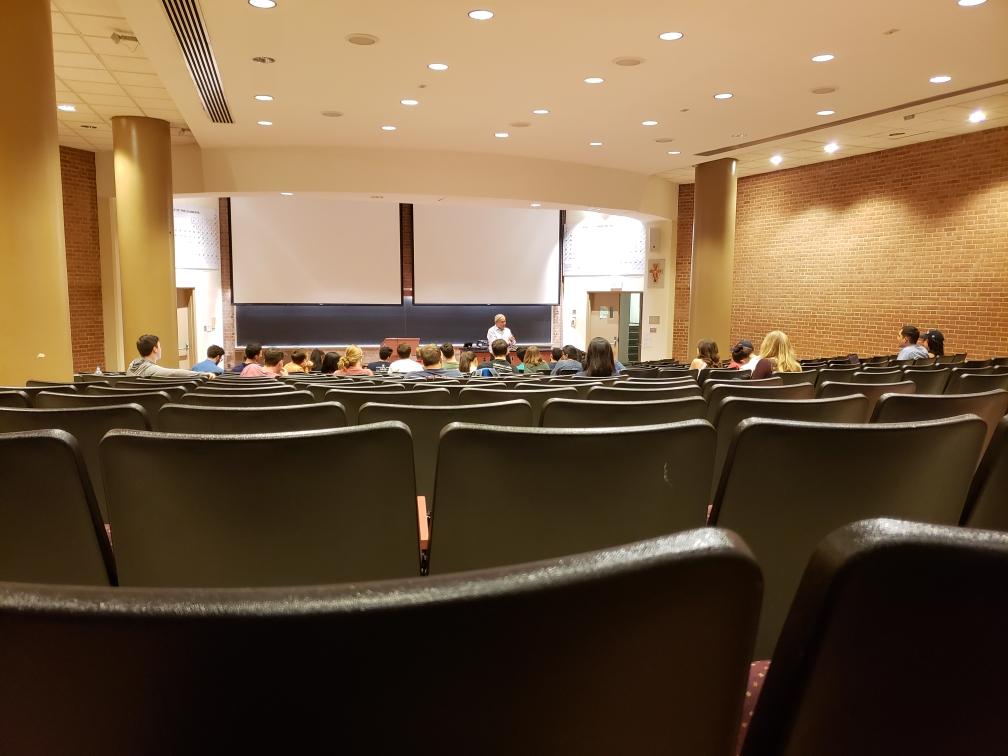