Pompeo will also meet and dine with Crown Prince Mohammed bin Salman, the country’s young, charismatic leader. The secretary of state’s visit comes amid reports that Saudi Arabia’s government is considering admitting Kashoggi was killed in a botched abduction attempt.

Turkish officials say The Washington Post columnist was spotted entering the Saudi consulate earlier in October but was never seen leaving. Officials suspect Saudi Arabia dispatched a team of 15 assassins to the consulate to kill, dismember and dispose of Khashoggi after he entered the site. 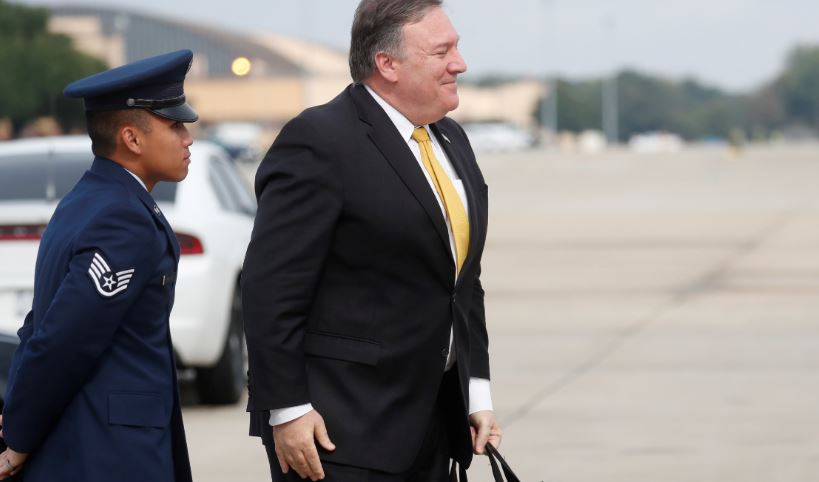 U.S. Secretary of State Mike Pompeo heads to his plane to depart for meetings with King Salman in Saudi Arabia from Joint Base Andrews, Maryland, U.S., October 15, 2018. REUTERS/Leah Millis

President Donald Trump initially said there would be “severe punishment” if the Saudis were responsible. Saudi Arabia released a statement warning, “if it receives any action, it will respond with greater action, and that the Kingdom’s economy has an influential and vital role in the global economy.”

The meeting also comes as Saudi Arabia is reportedly preparing a statement acknowledging Khashoggi’s potential death was the result of a botched interrogation effort that was intended to end in an abduction from Turkey, CNN reported Monday. (RELATED: REPORT: Saudis Preparing To Acknowledge Khashoggi’s Death Was Result Of A Botched Interrogation)

CNN’s report is based on interviews with two unnamed sources, one of whom said the operation was carried out without clearance and transparency and that the culprits will be punished. The other source says the report is still being compiled, so the conclusion could change depending on new information.