ABC’s “The View” erupted on Wednesday after Whoopi Goldberg mentioned a new dating app that was specifically for Trump supporters. What began with quips like “do tax cuts turn you on?” ended with barbs being thrown from all sides.

Abby Huntsman was the first to say that she didn’t particularly like the idea of people only interacting within their own worldview. “You want to live in a world where you only watch Fox, only watch MSNBC, only surround yourself with people who think the same as you do — that’s a dangerous thing,” she said.

RELATED: Whoopi Goldberg Implies That Trump Jr’s Son Must Have Abusive Tendencies On ‘The View’

Sunny Hostin argued that certain fundamental values differences would obviously make it difficult for people to get along, and Joy Behar agreed. “We’re not talking about Republicans and Democrats,” she explained. “We’re talking about Donald Trump and people who believe what he believes.” 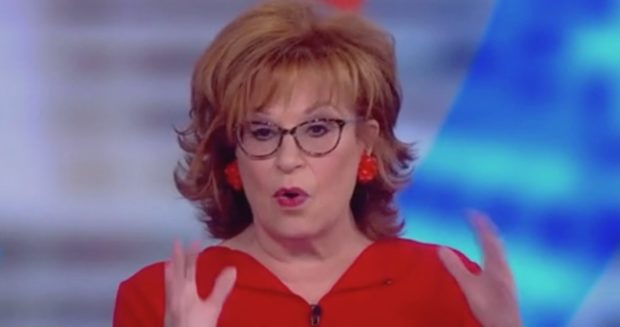 Behar then dragged Stormy Daniels into the conversation, saying, “They may not be bad people, but they’re not offended by calling a woman ‘Horseface‘.”

Huntsman argued that not all Trump supporters agree with everything the president says or tweets, but Hostin wasn’t buying it. “Are you still complicit in voting for him?” she asked.

Huntsman fired back, “Are you still complicit in voting for Bill Clinton?” 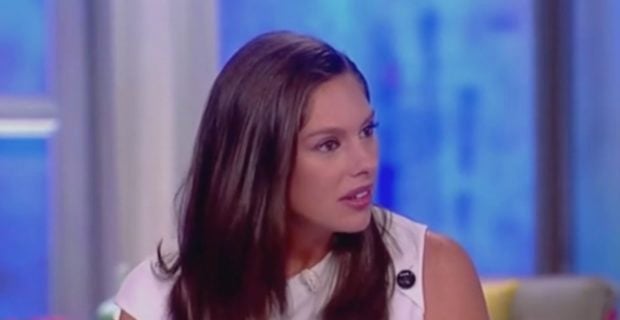 Behar jumped back in then, arguing that all Bill Clinton did was make children believe for years that oral sex wasn’t actually sex. Trump, on the other hand, she said, “is training kids to disrespect woman, call them names, to be racist, to be bullies …”

By that point, Meghan McCain made it clear that she had had enough. She interrupted Behar and laid down the law.