President Donald Trump knocked the media for crying about “freedom of the press” every time he criticizes them during a Wednesday interview on Fox Business Network.

Trump told FBN’s Stuart Varney that he “modestly” hits back at “horrible, stupid question[s]” from reporters and then gets condemned for being too aggressive. (RELATED: Trump Shreds CNN, NBC, NYT In Rage-Filled Tweets)

“What’s funny — sometimes I get a really nasty person with a horrible, stupid question from, like, CNN because they’re just so horrible and so fake,” Trump said. “But, you know, I get this horrible question from some reporter at CNN. Then I’ll hit the reporter back just modestly hard, and the next thing, ‘President hits reporters, terrible, freedom of the press.'” 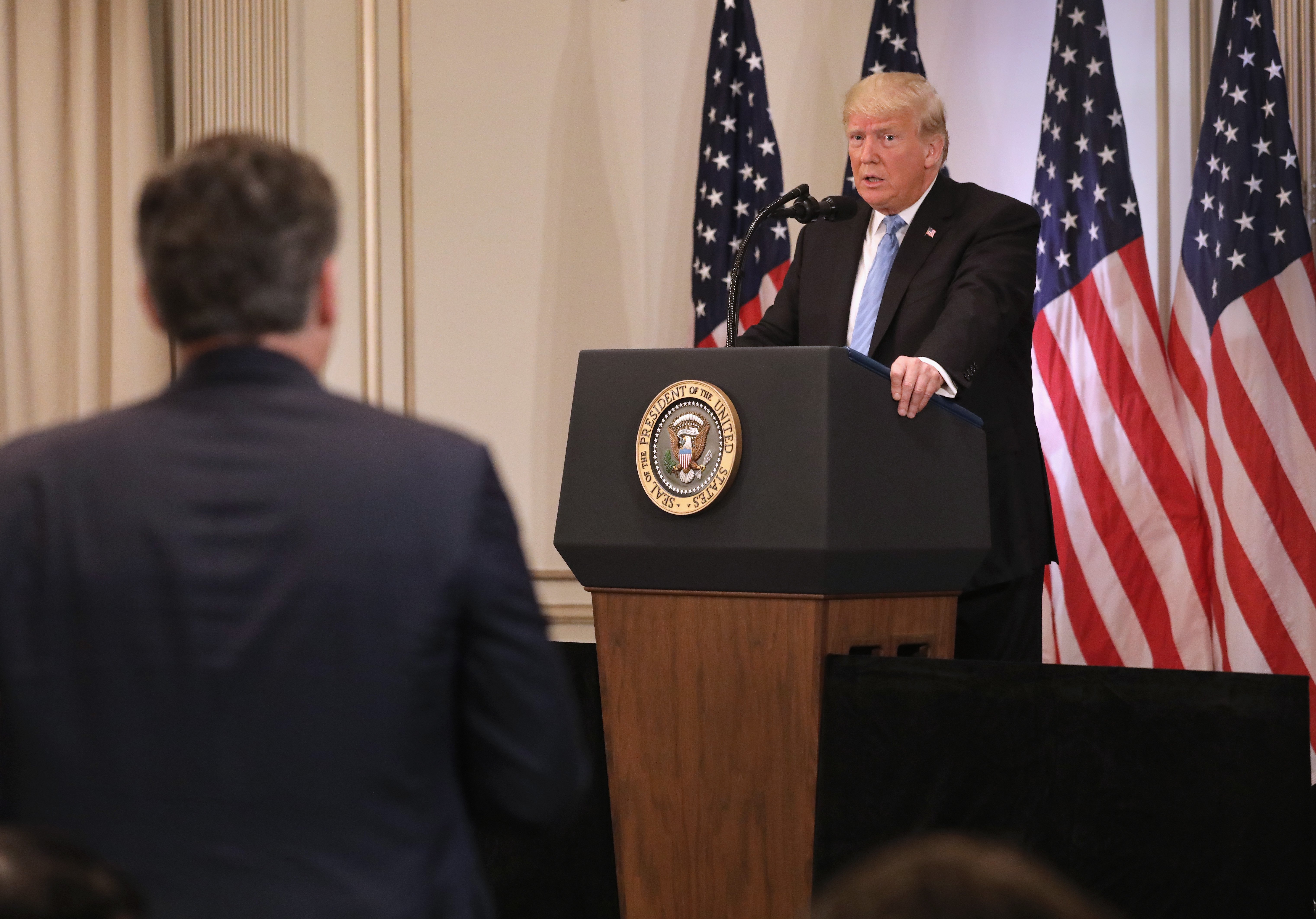 “I say, ‘Wait a minute. They hit me so viciously, I give them a little jab, and the story is ‘Trump hits reporter,'” he asserted.

The president also cited a recent study from the Media Research Center that showed summer coverage of him by ABC, CBS, and NBC was 91-percent negative. Trump claimed the coverage was 94-percent negative, but that figure applies only to coverage of Mueller’s Russia investigation. (RELATED: Study: 91 Percent Negative Coverage Of Trump Over The Summer) 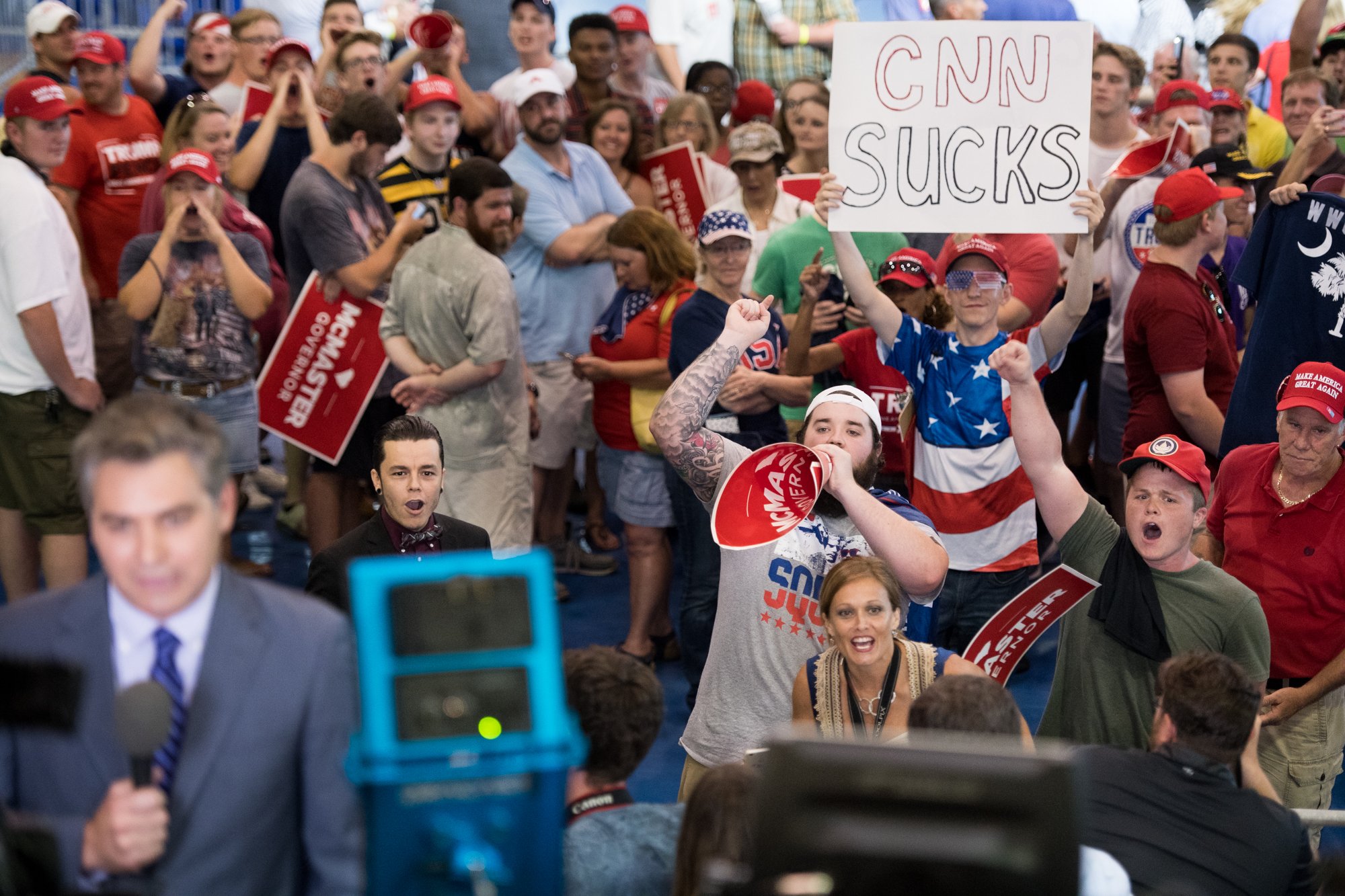 “You go to NBC — which is terrible, terrible news organization — but you go to NBC, CBS, ABC, I mean, CNN we don’t even talk about, but you go to these things. Take a look. I think the other day it was 94 percent, and that’s of good stories,” Trump claimed. “In other words, they take a good story and make it bad to neutral.”