The Washington Post published a column Wednesday evening on the importance of press freedom for the Middle East that missing Saudi journalist Jamal Khashoggi filed before his Oct. 2 disappearance.

Khashoggi discussed how almost no Arab nation could be considered a free country in his final column.

“Arabs living in these countries are either uninformed or misinformed,” he wrote. “They are unable to adequately address, much less publicly discuss, matters that affect the region and their day-to-day lives. A state-run narrative dominates the public psyche, and while many do not believe it, a large majority of the population falls victim to this false narrative. Sadly, this situation is unlikely to change.”

The column will also appear on an Opinions page dedicated to Khashoggi printed in Thursday’s paper, according to a Washington Post press release Wednesday.

“The Post held off publishing it because we hoped Jamal would come back to us so that he and I could edit it together. Now I have to accept: That is not going to happen,” Attiah wrote. “This column perfectly captures his commitment and passion for freedom in the Arab world. A freedom he apparently gave his life for. I will be forever grateful he chose The Post as his final journalistic home one year ago and gave us the chance to work together.”

Khashoggi highlighted the plight of those who stand up against their governments in the Arab world in the column. (RELATED: Saudi Hopes Of Being A Desert Manhattan Dry Up As More Banking And Industry Titans Ditch Business Conference Over Missing WaPo Columnist) 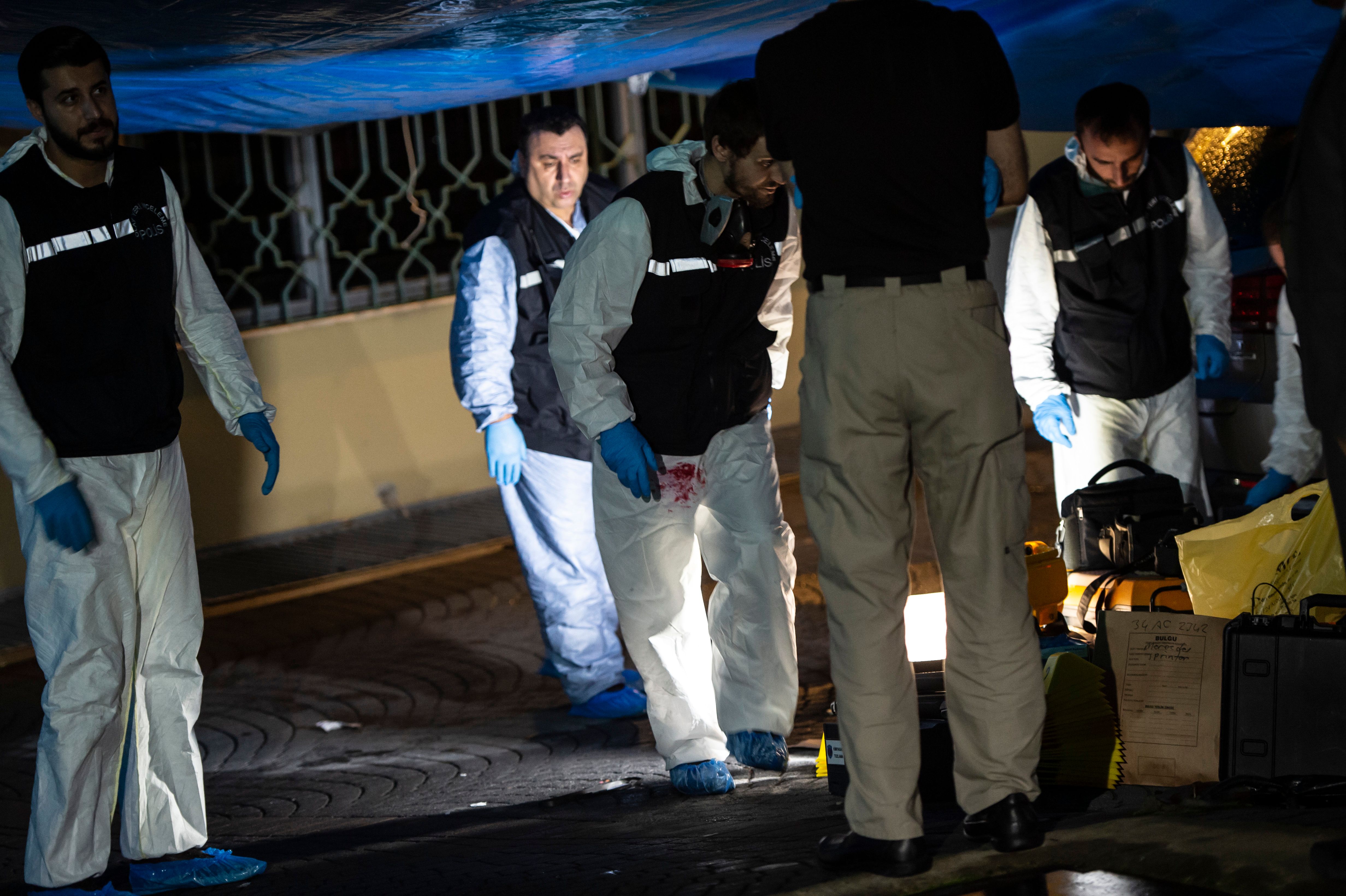 Turkish forensic police officers search for evidence as Saudi officials stand next to them at the Saudi Arabian consulate on Oct. 17, 2018 in Istanbul. Saudi Arabia’s consul to Istanbul Mohammed al-Otaibion on Oct. 16, 2018 left the Turkish city bound for Riyadh on a scheduled flight, reports said, as Turkey prepared to search his residence in the probe into the disappearance of journalist Jamal Khashoggi. YASIN AKGUL/AFP/Getty Images

“My dear friend, the prominent Saudi writer Saleh al-Shehi, wrote one of the most famous columns ever published in the Saudi press,” Khashoggi wrote. “He unfortunately is now serving an unwarranted five-year prison sentence for supposed comments contrary to the Saudi establishment.”

Khashoggi even called out certain countries.

“Even Lebanon, the Arab world’s crown jewel when it comes to press freedom, has fallen victim to the polarization and influence of pro-Iran Hezbollah,” he wrote.

Khashoggi offered practical ideas for how misinformation could be corrected for people in Arab nations.

“During the Cold War, Radio Free Europe, which grew over the years into a critical institution, played an important role in fostering and sustaining the hope of freedom,” he wrote. “Arabs need something similar.”

Khashoggi, a Washington Post contributor and U.S. resident, disappeared on Oct. 2 after entering the Saudi Arabian consulate in Istanbul, Turkey. The Saudi government has denied any involvement although some sources say the government will admit involvement and say Khashoggi’s death was an accident.