The Democratic activist funded by George Soros who was charged with battery against the female campaign manager of Nevada Republican gubernatorial candidate Adam Laxalt has a long history of attacking Republicans.

Wilfred Michael Stark, 51, who was employed by American Bridge 21st Century, founded by David Brock, was fired Wednesday night after he allegedly pushed a door open, “trapping” Kristin Davison, Laxalt’s campaign manager, in the doorway, “grabbing her arm, and forcefully twisting it behind her back and squeezing,” Laxalt’s campaign communications director Parker Briden told The Daily Caller News Foundation.

“She screamed, ‘You’re hurting me! Stop hurting me!’ but he would not stop and grabbed her arm tighter — creating painful bruises and straining her neck, shoulder, and lower back. The man would not relent and screamed: ‘You can make this stop, Adam.’ Kristin was terrified and begged for him to stop and could not get free until Las Vegas city marshals intervened. They arrested him, and while Kristin’s head, neck, and arm were throbbing with pain, they took him to the Las Vegas city jail,” Briden continued. 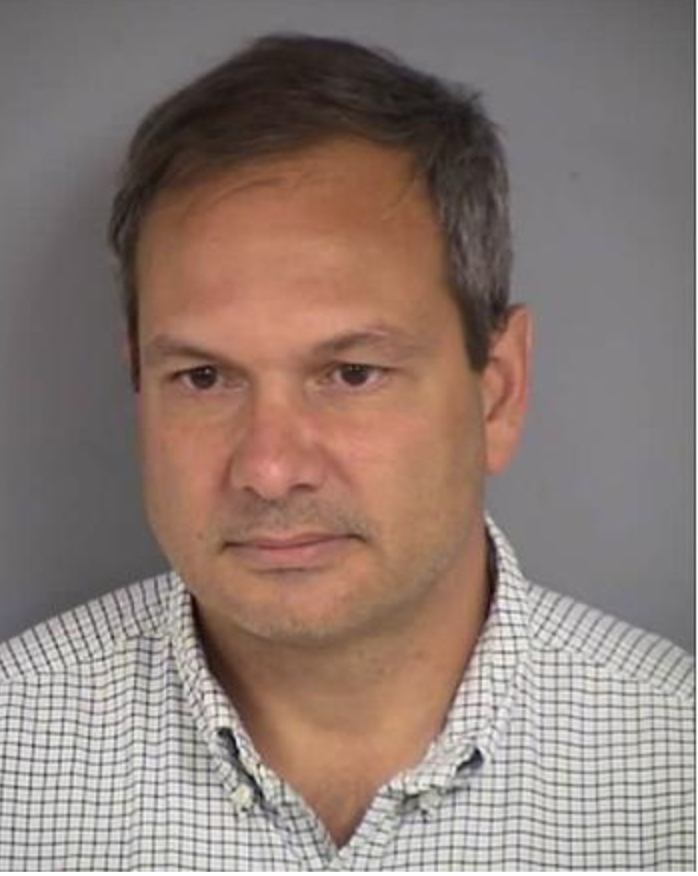 However, this was not Stark’s first time being arrested. He was previously arrested for allegedly assaulting the female press secretary for Interior Secretary Ryan Zinke in March and was charged with “simple assault” after he reportedly pushed her while trying to question Zinke.

“He is widely known among members and staffers as being a real problem on Capitol Hill — not for asking tough questions, but because he’s so openly hostile and combative,” a GOP aide told Fox News. “It’s become a real security concern.” (RELATED: ‘Stop Hurting Me!’: Soros-Funded Male Democratic Operative Arrested For Assaulting Female Campaign Manager, Leaving Bruises)

He also was arrested for allegedly tracking Republican gubernatorial candidate Ed Gillespie, after he refused to move out of the road while screaming at police officers.

California Republican Rep. Devin Nunes has dealt with Stark before, tweeting out a photo of him in June and asking if anyone could identify him, as Stark was supposedly “chasing” him around the Capitol.

Anyone know this dude? Kept chasing me around the Capitol with a camera phone today…please RT pic.twitter.com/W7eHYbSgjm

Virginia Republican Rep. Barbara Comstock also tweeted out a photo of Stark after hearing the news about Stark’s Wednesday arrest, saying he “harassed” her campaign.

Mike Stark who harassed our campaign on the 4th of July was arrested last night for assaulting a female campaign manager in Nevada. This is the resistance. Below is a picture of Stark with Team Wexton (pink shirt)…story of his latest arrest: https://t.co/BDhKcwk9BA #VA10 pic.twitter.com/8FEe30bh5l

Despite all of these attacks, Stark was not fired until late Wednesday night. Brock, Stark’s boss, has a past of having suspicious employees on staff. In 2013, a staffer at Media Matters for America allegedly committed a number of felonies in the District of Columbia and around the U.S. by carrying a firearm to defend Brock. (RELATED: Brock’s Glock: In anti-gun DC, Media Matters for America gave bodyguard illegal weapons to guard founder David Brock)

“Last night one of our employees was involved in an incident with a member of Adam Laxalt’s campaign in Nevada,” an American Bridge official told CNN. “In response to that incident, we have decided to relieve this employee of his duties with American Bridge effective immediately.”

American Bridge 21st Century would not respond to The Daily Caller News Foundation when asked about Stark and his time with the group.