U.S. Department of Treasury Secretary Steven Mnuchin said it will be tougher for countries to receive a waiver on Iranian oil sanctions than it was during the previous administration.

Speaking Sunday in Jerusalem, Mnuchin revealed countries hoping to obtain a waiver will have to reduce their purchases of Iranian oil by over 20 percent — the approximate standard from 2013 to 2015 when the Obama administration imposed sanctions on the Islamic republic before reaching a deal over its nuclear capabilities. (RELATED: UN Court Tells US What It Can And Cannot Sanction In Iran)

“I would expect that if we do give waivers it will be significantly larger reductions,” the Treasury Department secretary said in an interview with Reuters.

“Oil prices have already gone up, so my expectation is that the oil market has anticipated what’s going on in the reductions. I believe the information is already reflected in the price of oil,” he continued, brushing away questions over whether the oil market will be greatly disturbed after re-imposing sanctions on Iran.

Mnuchin — who is on a trip thoughout the Middle East — added that countries would eventually be required to reduce their imports down to zero.

His comments come as the U.S. is two weeks away from officially re-imposing sanctions on Iranian oil, with the new decree to go into effect Nov. 4. Iran, which is an Organization of Petroleum Producing Countries (OPEC) member, could see its oil exports drop by as much as two-thirds. 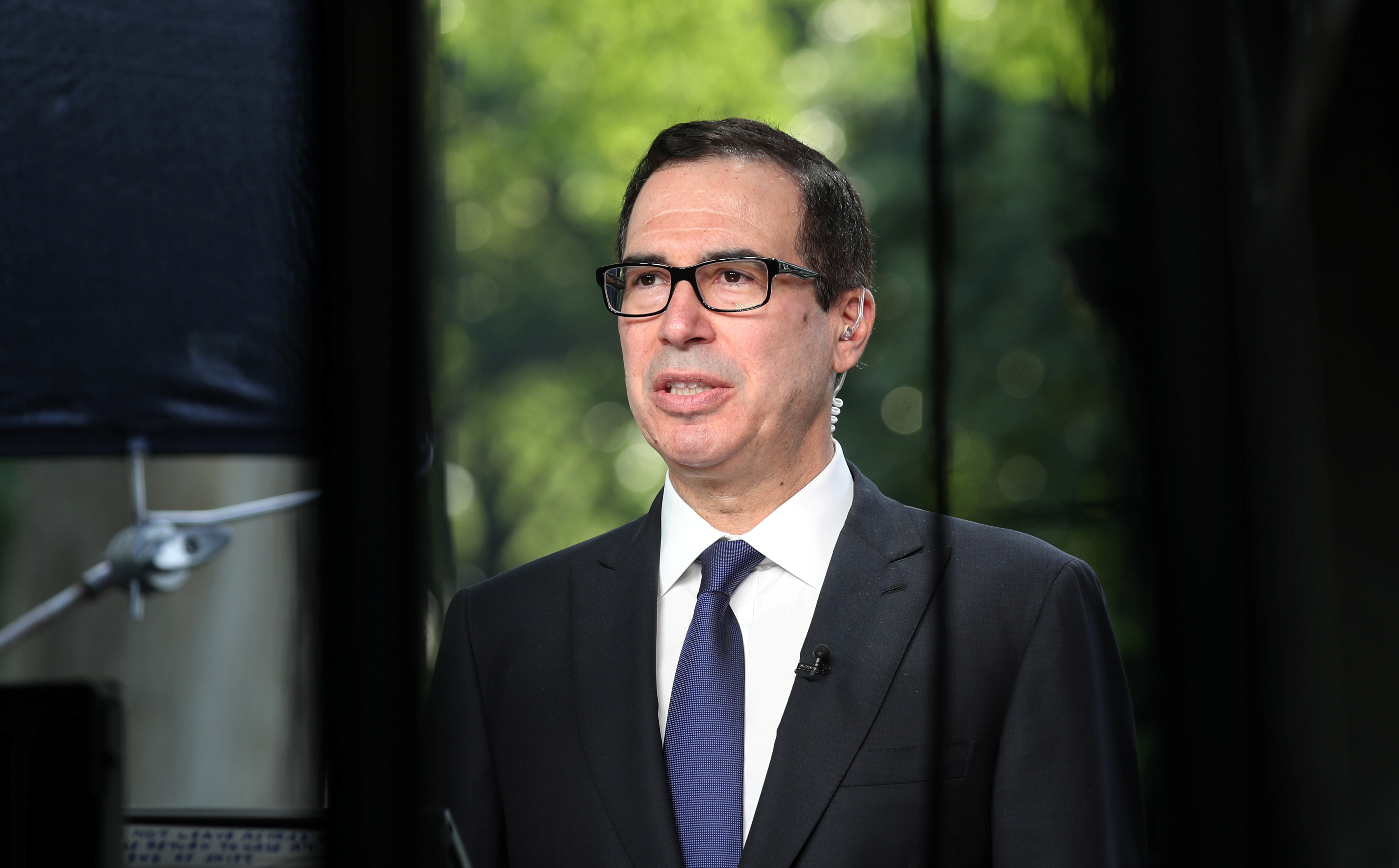 U.S. Treasury Secretary Steve Mnuchin speaks during a TV interview at the White House in Washington, U.S., May 21, 2018. REUTERS/Kevin Lamarque

Despite Iranian officials maintaining they will withstand the looming sanctions, Mnuchin argued Sunday that the country’s economy will likely take a major hit as international businesses, not wanting to face reprimand from the U.S., will withdraw from their market.

“We have already begun to see the impact and my expectation is we will see a significantly larger impact once the sanctions go into place,” Mnuchin explained. “The economic squeeze will be very big over the next two years.”