Former Acting ICE Director Tom Homan argued on Monday that Democrats purposefully ignore how illegal immigrants are often victimized by criminal organizations during their treks to the U.S. border.

Homan explained that Democrats encourage illegal immigrants to come to the U.S. by promising sanctuary cities and abolishing Immigration and Customs Enforcement (ICE), but don’t consider the unintended consequences of such policies. Currently, thousands of migrants are traveling through Central America to get to the U.S. border. 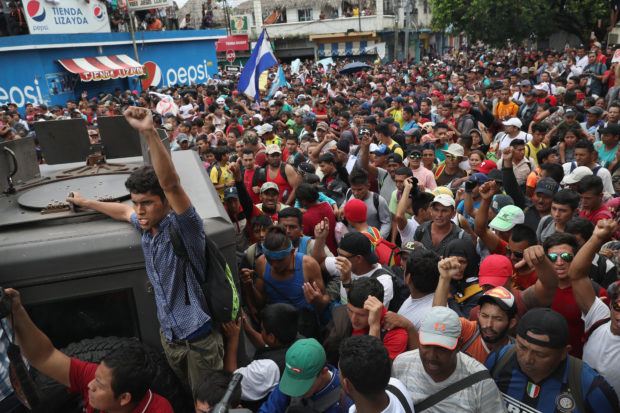 “This entices more people to want to make this dangerous journey, and these people don’t come by themselves. They hire criminal organizations to get to the country,” Homan explained. “In my 34 years, I have seen numerous women raped, I’ve seen children die, you know, making that trip.”

Homan cited the number of illegal immigrants, including a 5-year-old boy, who suffocated to death inside of tractor trailers that attempt to smuggle them into the United States. (RELATED: Nearly 100 Illegal Immigrants Found Packed In Tractor Trailer)

“These people are at the mercy of criminal organizations who don’t care about them at all. They’re a commodity,” he continued. “They’re there to make money. And this is the other side of the story — this is not just about law enforcement, this is about saving lives.”