Attorneys associated with various attorneys general offices across the country met at a secret fundraiser in 2016 at Harvard University to discuss how to engage in climate lawsuits, according to a series of reports.

Handouts touting the fundraiser did not include any specifics, a Competitive Enterprise Institute (CEI) report from August notes. But one presenter described the event in an email as a “secret meeting” designed to discuss litigation holding oil companies responsible for climate change.

The Vermont Office of Attorney General attempted to sue to keep aspects of the fundraiser secret, the report notes. Courts eventually compelled the AG to release the lineup for the fundraiser that focused on pursuing opponents of the climate political agenda.

Union of Concerned Scientists (UCS) co-hosted the event, which took place at the Harvard University School of Law. CEI obtained emails this year allegedly showing that UCS was secretly involved with activist AGs pursuing opponents of the climate agenda since before July 2015.

Other emails CEI obtained suggest the April 2016 meeting also included several attorneys from municipalities. High-profile law firms helped cities from across the country engage in climate lawsuits against ExxonMobil and others in 2017.

Washington-based firm, Hagens Berman, eventually handled lawsuit in Oakland and New York City, the latter of which was dismissed in July. The firm is working for King County on a contingency fee basis, meaning they shoulder the upfront costs of litigation for a percentage of any winnings. King County spokesman Alex Fryer said Hagens Berman’s fee was 17 percent. 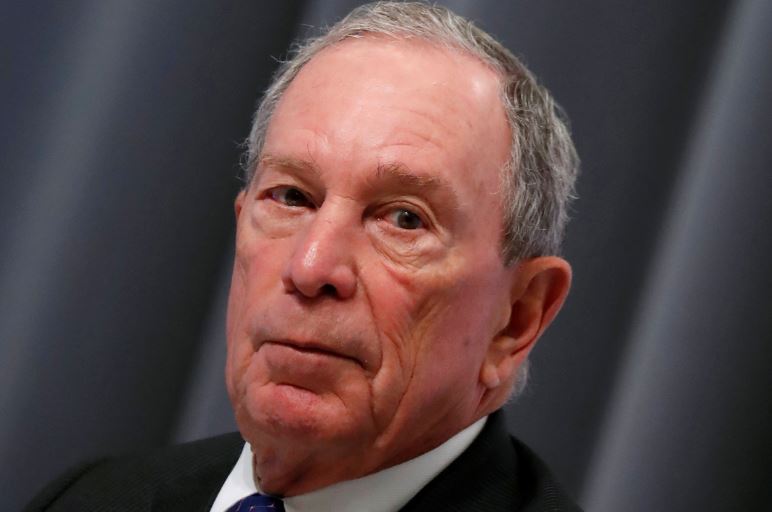 FILE PHOTO: Special envoy to the United Nations for climate change Michael Bloomberg attends a news conference during the One Planet Summit at the Seine Musicale center in Boulogne-Billancourt, near Paris, France, December 12, 2017. REUTERS/Gonzalo Fuentes/File Photo

That campaign culminated in what the report labels “law enforcement for hire” because it allows political donors to pay for state prosecutors “in the service of an ideological, left-wing, climate policy agenda.” The report coincides with other documents from June noting that former New York City Mayor Michael Bloomberg was instrumental in the mission.

Massachusetts AG Maura Healey joined in the campaign shortly thereafter. They formed a broader coalition in 2016 called AGs United For Clean Power that promised to work together to advance a climate agenda — most of the AGs involved in the coalition have since dropped out of the campaign.