Republican Rep. Jim Banks of Indiana launched StopSpeakerPelosi.com on Tuesday as a final push to raise small dollar donations for vulnerable GOP House seats before the midterm elections in order to keep the party’s majority.

Banks hopes the website will make it easier for small dollar donors to pinpoint the seats that are most likely to flip on Nov. 6, and donate directly to them to retain a Republican majority.

“Republicans have a 23 seat majority. 23 races determine control of the House. If we win these races, we stop Pelosi. It’s that simple,” the site, which was launched Tuesday, reads.

Democrats already have a similar nonprofit technology system, ActBlue, that has raised almost $3 billion since 2004 for the party, candidates, committees and progressive organizations.

Banks, a representative for Indiana’s 3rd Congressional District, told The Daily Caller News Foundation that he’s frustrated with the Republican party’s lack of a response to something like ActBlue, and launched this site to “give Republican donors an avenue to find the most competitive races in the country to make a smaller dollar donation.”

The ultimate goal of the site, Banks says, is to stop House Minority Leader Nancy Pelosi from being the speaker of the House.

Pelosi said Monday that she is “pretty comfortable” she would be speaker of the House if Democrats take it back, and called herself a “great legislator.” (RELATED: GOP Gov Greg Abbott Sends Invitation To Nancy Pelosi: All Expenses Paid Trip To Texas)

Banks said this was his “wake up call.”

“Pelosi and the Democrats want to take back the tax cut and cut military spending, issues that are important to me and important to this country and it’s future,” Banks, an Afghanistan war veteran, told TheDCNF.

“My daughter’s American Dream is at risk if [Pelosi] becomes speaker.” 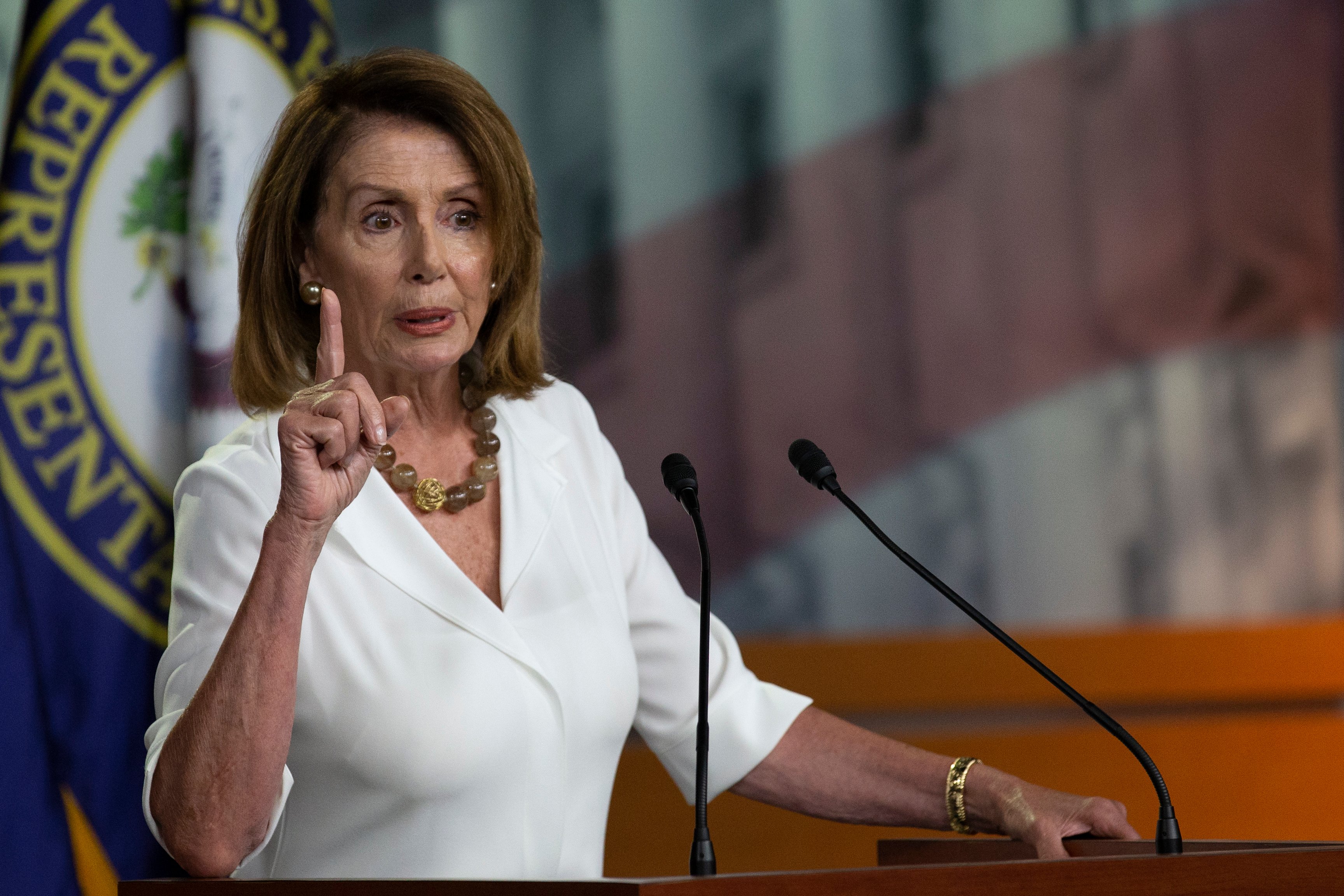 The site was launched Tuesday afternoon, and as of early Wednesday morning had already received over $50,000 in small dollar donations.

The money donated will be split evenly amongst the 23 candidates.

A few of the candidates that Banks’ office deemed vulnerable include Reps. Barbara Comstock and David Brat of Virginia, Troy Balderson of Ohio, Carlos Curbelo of Florida, Pete Sessions of Texas and Elizabeth Heng of California.

“I think it’s [Pelosi becoming speaker] a wake up call for people all over the country and this is an opportunity for people to do something about it,” Banks said.