President Donald Trump is not mincing words with California officials as the state continues to suffer from drought and raging wildfires.

“California, get on the ball. Because we’re not going to hand you any more money. It’s ridiculous, okay?” Trump said Tuesday during a state leadership conference in Washington, D.C., which included representatives from The Golden State. “Do you know the kind of money you’re talking about for the state and for the federal government?”

California, which is experiencing a historic wildfire season, has battled with drought for years. However, the president argues that the state’s water management policies are largely to blame — and he is threatening to withhold federal funds unless they change.

More specifically, Trump is criticizing California leaders for allowing water to flow into the ocean instead of letting farmers in Central Valley to use it for crops.

“‘No, we have so much water, we don’t know what to do with it,'” Trump said, repeating what a farmer stated to him when he visited California. “‘But they don’t let the water come down to us. It naturally flows to us. They won’t let it — they send it out into the Pacific Ocean. Millions and millions and millions of gallons. We have the greatest farmland anywhere in the world, but they won’t give us water.'” (RELATED: Wildfire Scorching California Is The Largest In State History)

This is not the first time the president has been tough with California over its wildfire situation. Earlier in October, he made an open call to Democratic Gov. Jerry Brown to “get your act together,” urging him and state officials to change the state’s forest policies and “bad environmental laws.” 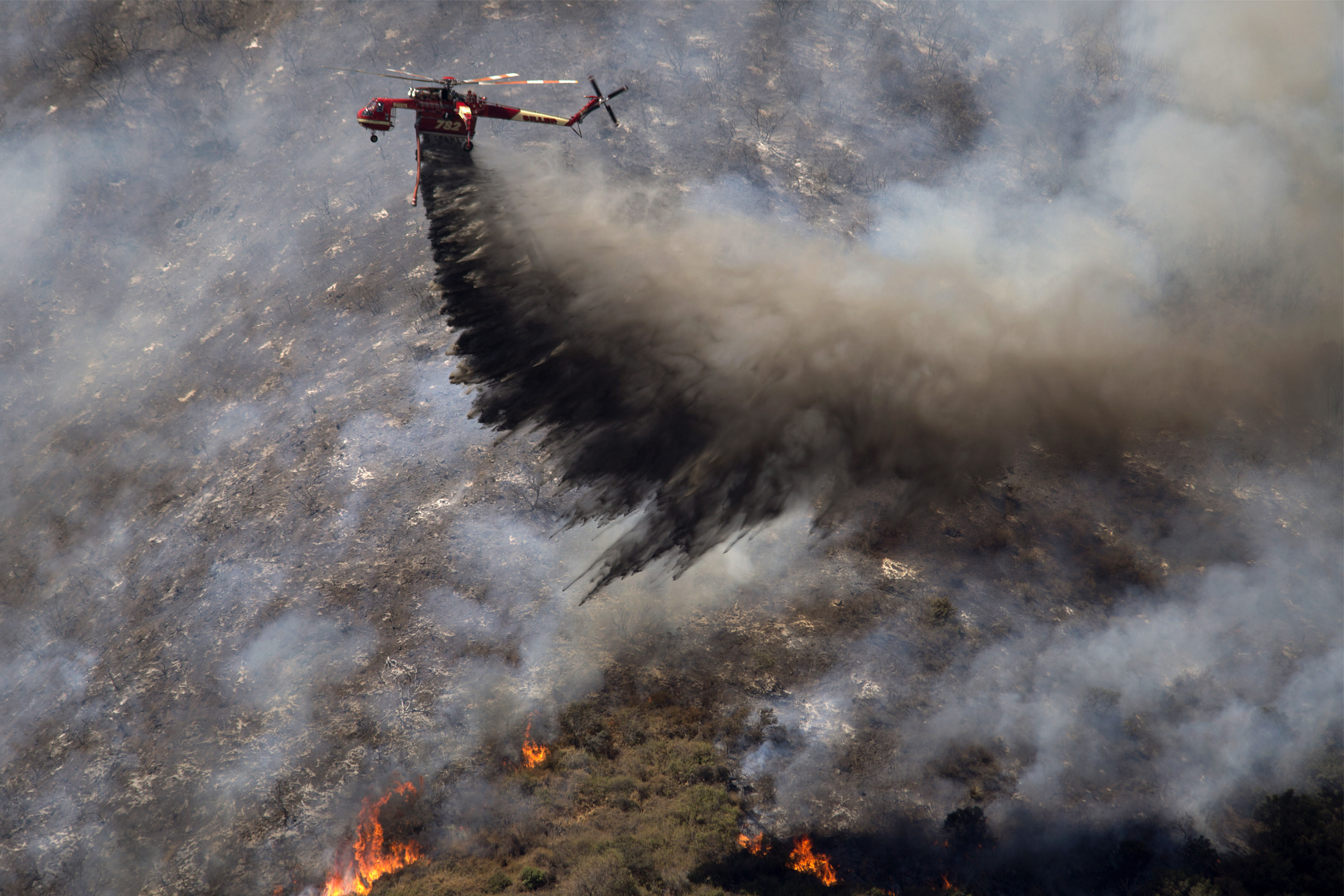 WRIGHTWOOD, CA – AUGUST 18: A firefighting helicopter makes a drop as firefighters try to gain control of the fire above homes along Cajon Boulevard at the Blue Cut Fire on August 18, 2016 near Wrightwood, California.. An unknown number of homes and businesses have burned and more than 80,000 people were ordered to evacuate as the wildfire spreads beyond 30,000 acres and threatens to expand into the ski resort town of Wrightwood. (Photo by David McNew/Getty Images)

California is experiencing some of the worst wildfires in recorded history. More than 7,100 fires have burned more than 1.5 million acres over the state, as of October 20 — according to the National Interagency Fire Center. Additionally, California experienced a new record when the Dance Fire burned 410,203 acres over the fall, becoming its largest single wildfire to date.

While many have pointed the finger at global warming, the Trump administration and other experts say the state’s poor management of water and forest resources are to blame.

“Because, you know, we’re tired of giving California hundreds and hundreds of millions of dollars all the time for their forest fires, when you wouldn’t have them if they managed their forests properly. They don’t. They have lousy management,” Trump said.