As the Washington Examiner reports, the anonymous Trump voter remains a polling wild card in 2018, just as it did during the 2016 presidential election, when Trump’s support consistently polled lower than it actually was.

Francis Coombs, a managing editor at Rasmussen Reports, says those surveyed with direct questions about Trump or his policies are often equivocal. Coombs told the Examiner:

In most surveys, you generally get four or five percent who say they are undecided, but if you ask about a controversial issue, particularly one involving Trump, that figure often jumps to the high teens — 17 percent or 18 percent. That tells me that a lot of those people agree with the president but just aren’t going to say it out loud. 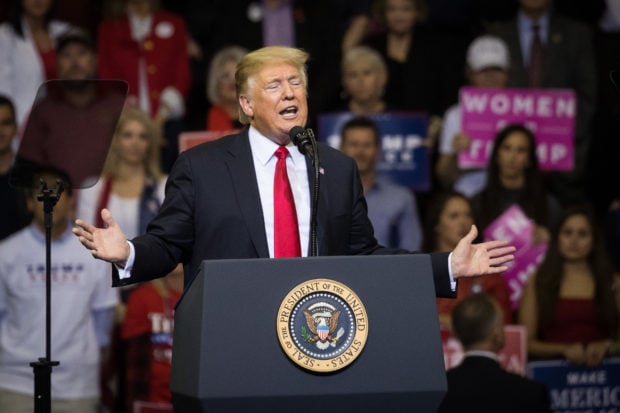 I have to be honest, not quite sure exactly why these media polls are under-sampling Republicans so badly. On election day in November of 16, party affiliation was 36-percent Democrat/33-percent Republican, I have no idea why some of the media polls are so bad. Is it because they are talking to adults, not likely voters or is it just flat out bias? Some of these polls have less than a quarter Republican when it should be about one-third.

Supporters listen with rapt attention to U.S. President Donald Trump during a rally at North Side middle school in Elkhart, Indiana, U.S., May 10, 2018. REUTERS/Leah Millis

Another issue is how many mainsteam media polls survey voters who are overwhelmingly Democratic in ideology. Democratic pollster John Zogby told the Examiner that a CBS only sampled 24 percent of Republican in a recent survey.

“That is just not America as I know it,” he told the Examiner.