The 56-year-old man who has been arrested for sending mail bombs to Democratic politicians has been identified as Cesar Sayoc Jr. 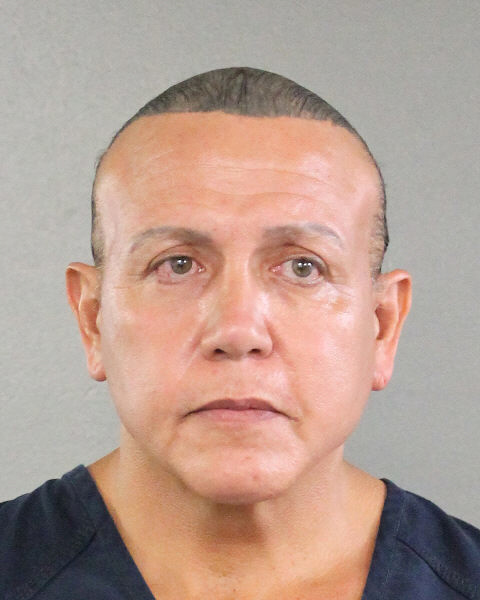 The 56-year-old faces up to 58 years in prison if convicted. 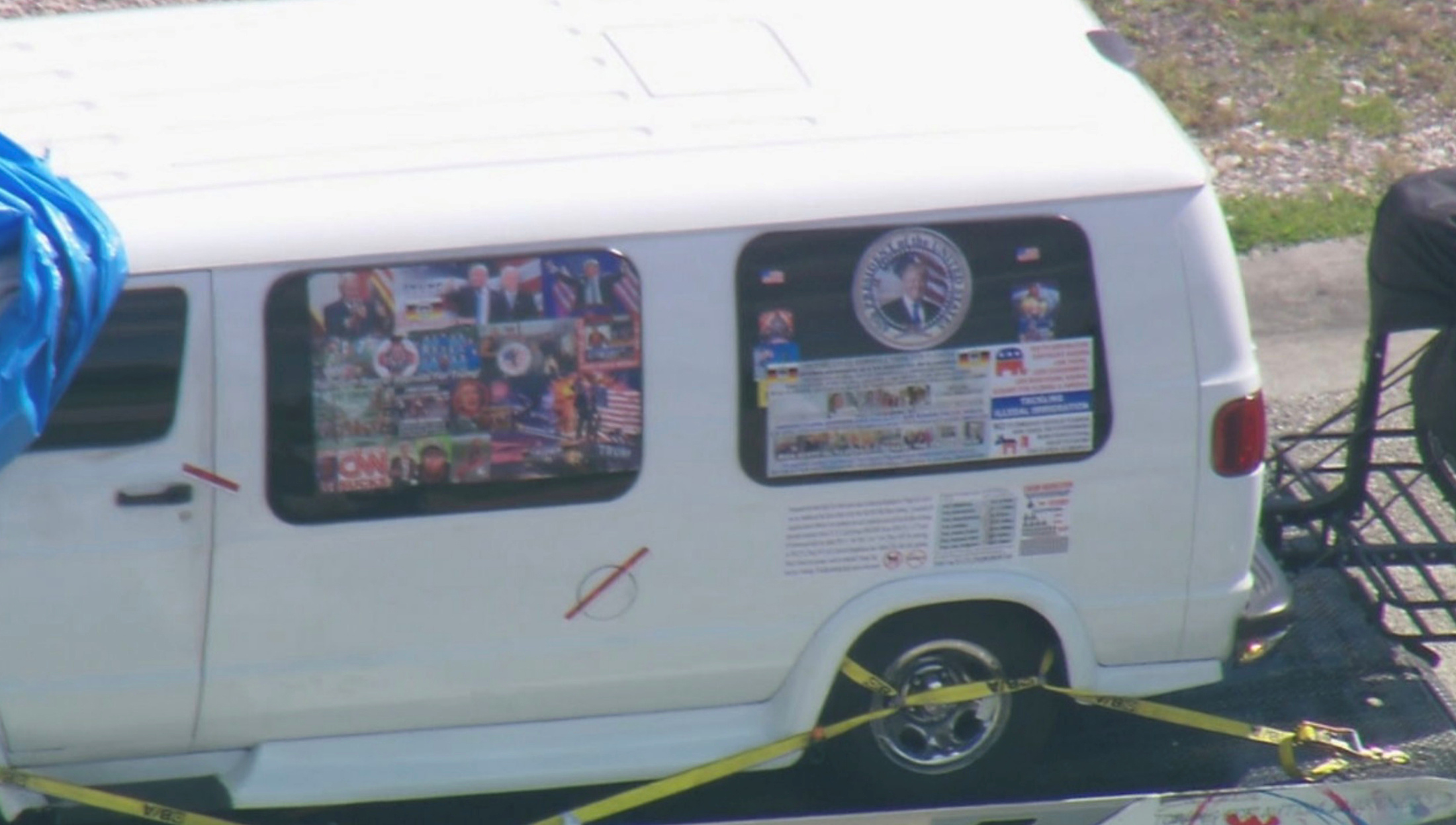 The Department of Justice said in its complaint that FBI analysts at its laboratory in Quantico, Virginia, found a latent fingerprint on one of the envelopes and matched it to Sayoc. Investigators also found a “possible DNA association” between DNA found in two of the envelopes and Sayoc’s DNA on file with law enforcement. 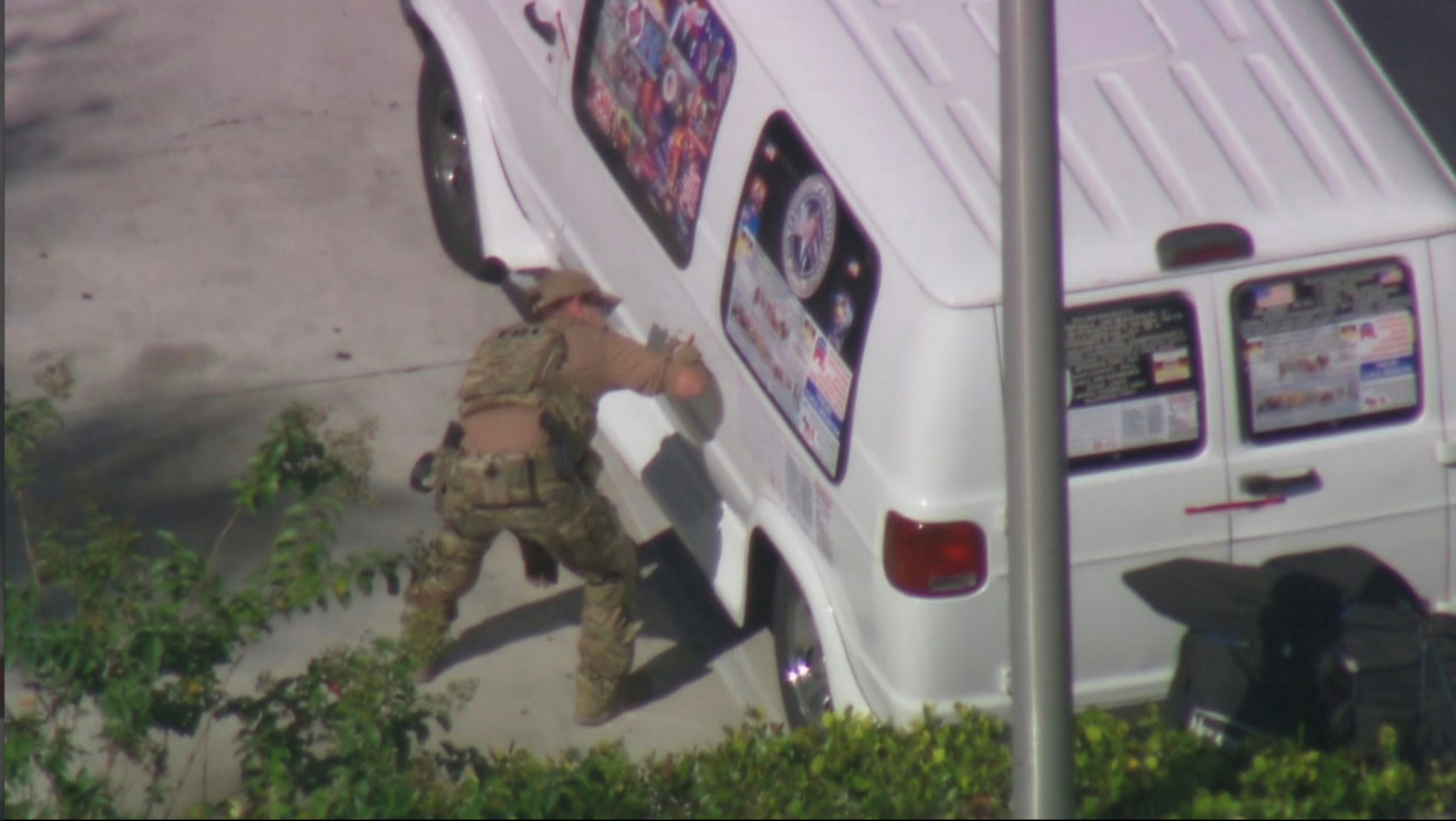 Packages were also sent to billionaire financier George Soros and to the New York headquarters of CNN. The package sent to CNN was addressed to former CIA Director John Brennan, who is an analyst for MSNBC.

Sayoc has a criminal history that includes charges for grand theft and felony distribution of steroids, according to publicly available records.

Sayoc was also charged in August 2002 with threatening “to throw, place, project or discharge” a destructive device. 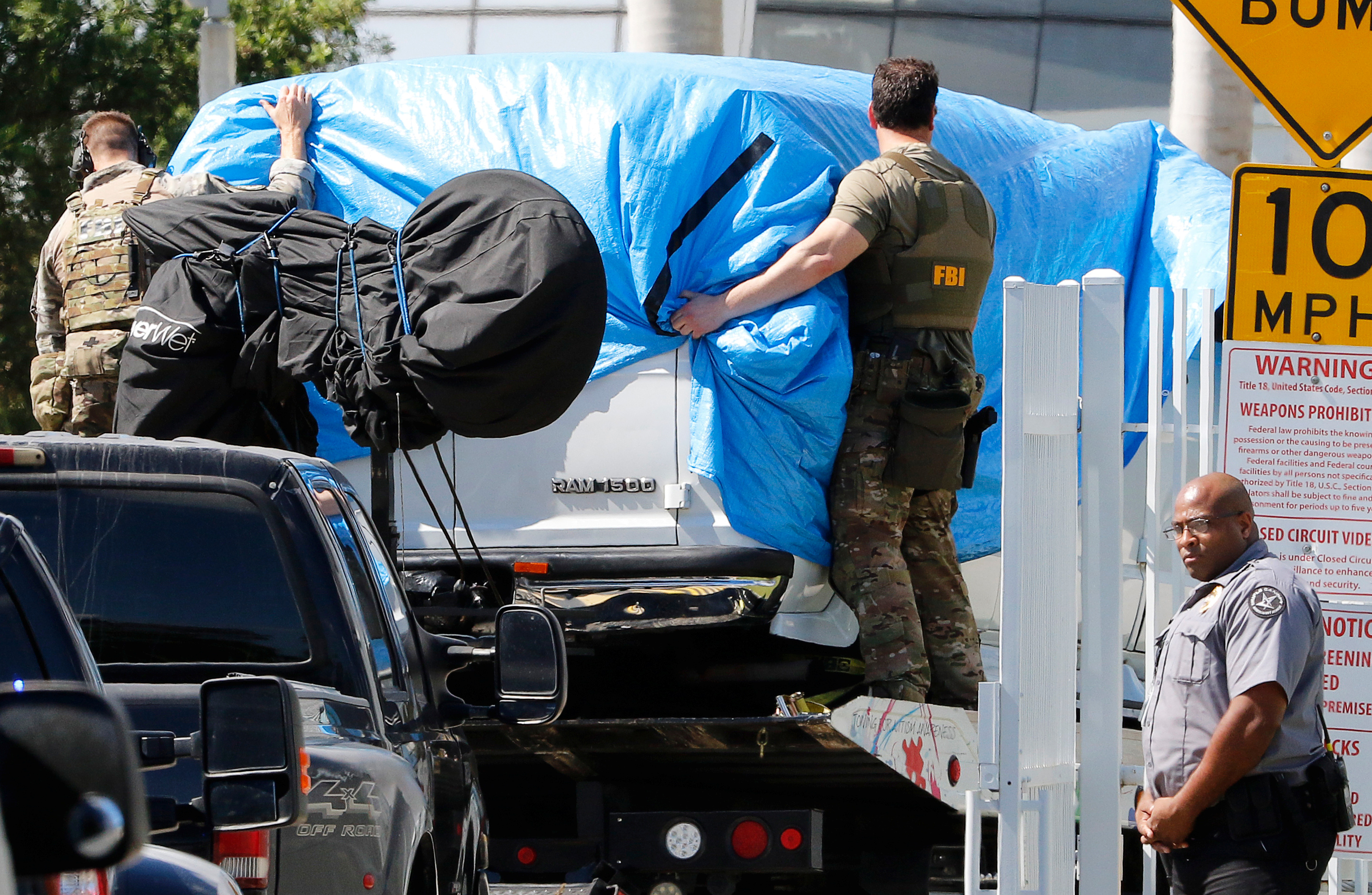 A white van seized during an investigation into a series of parcel bombs is towed into FBI headquarters in Miramar, Florida, October 26, 2018. REUTERS/Joe Skipper 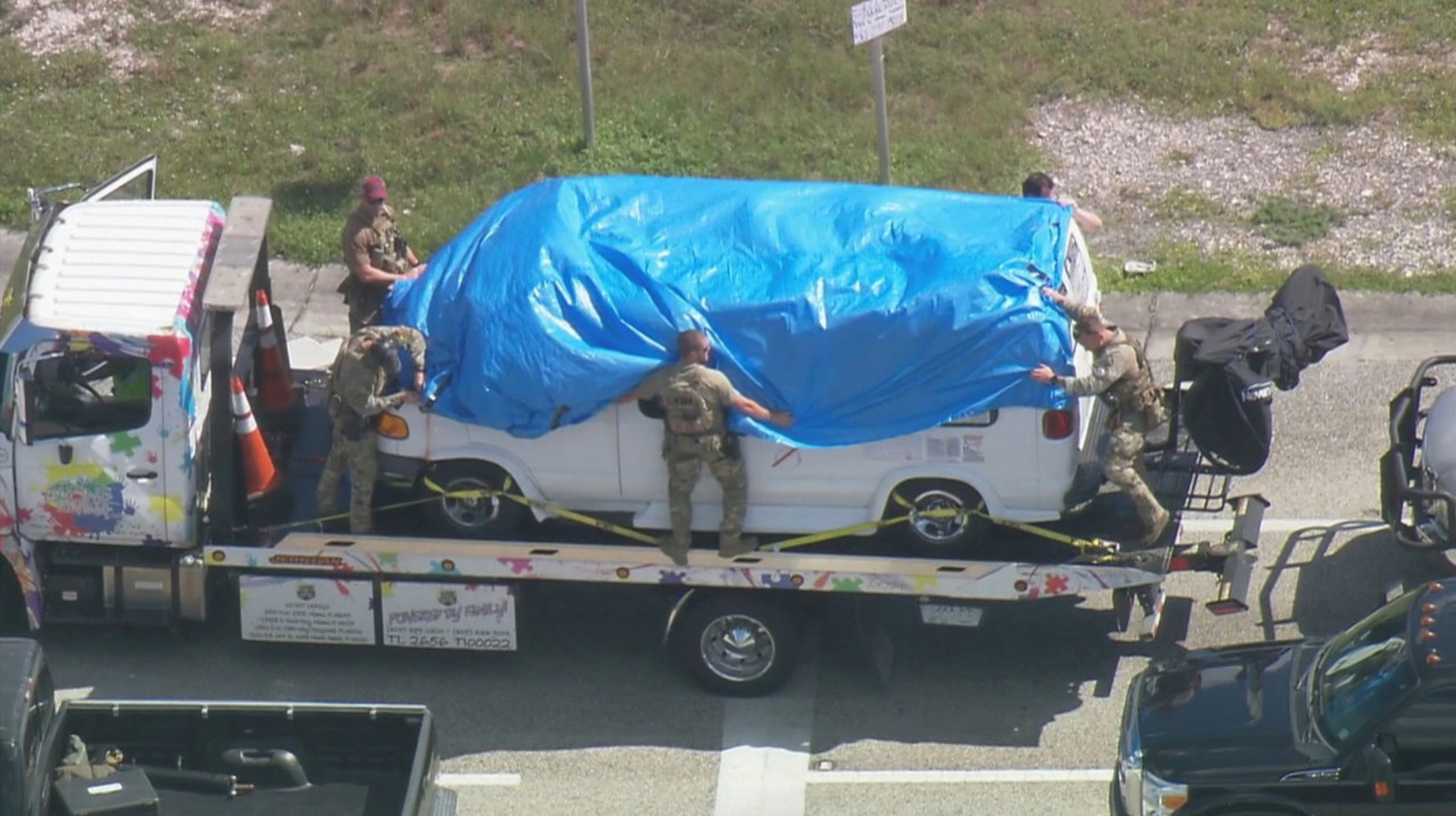 Sayoc, whose race is listed as white in public records, also started a business called Native American Catering & Vending in September 2016. His social media accounts suggest that he claims membership in the Seminole tribe. His biography on a Twitter account he operated listed him as an events manager at the Seminole Hard Rock casino.

Sayoc’s Twitter account, which was discovered shortly after his arrest, sheds some insight into his potential motives. The account includes numerous memes criticizing Soros, the Clintons and Obama.

Sayoc’s van, which was found outside of an AutoZone store in nearby Plantation, Florida, displays similar political rhetoric.

Photos of the van showed it covered in pro-Trump stickers, including one that reads “Native Americans for Trump.” Other stickers show crosshairs over Clinton, Obama, and CNN host Van Jones. (RELATED: Bombing Suspect’s Van Appears To Be Covered In Trump Stickers)

@CBSMiami I have some pictures of this van I saw him at a stoplight one day and thought is was very strange. pic.twitter.com/VWUwznJK8k

“Each of the 13 IEDs was largely similar in design and construction,” the Department of Justice complaint reads. “They each consisted of approximately six inches of PVC pipe, a small clock, a battery, wiring, and energetic material.1 Certain of the mailings included photographs of the target-recipients marked with a red ‘X.'”

“Each of the 13 IEDs was packaged in a tan-colored manila envelope lined with bubble wrap,” the complaint continues. “Each was stamped with approximately six self-adhesive postage stamps each bearing a picture of an American flag. Each envelope listed a return sender of ‘DEBBIE WASSERMAN SHULTZ’ at a particular address in Florida (‘Schultz Office-1’). Each envelope misspelled ‘Florida’ in the Schultz Office-1 return address as ‘FLORIDS’ rather than “FLORIDA.” The return sender and the target-recipient listed on each envelope was typed in black ink on white paper.”

Sayoc’s alleged targets, according to the DOJ complaint, included: