One of the brightest minds of Vox Media tweeted another enlightening aphorism Thursday defending the violent protest against The Daily Caller News Foundation co-founder and conservative journalist Tucker Carlson.

Matthew Yglesias, known for defending aspects of the Third Reich and dressing up as an Islamic terrorist, said he “honestly cannot empathize with Tucker Carlson’s wife” after members of Antifa swarmed her home and cracked the front door Wednesday night.

In his justification of the thugs’ tactics, Yglesias cited Carlson’s “victims” as if he was referring to Charles Manson or the Son of Sam rather than a cable news show host. Never mind that Yglesias doesn’t go farther in explaining what he actually meant — it doesn’t matter considering he’s already on the record advocating that liberals lie for political purposes.

“I think the idea behind terrorizing his family, like it or not as a strategy, is to make them feel some of the fear that the victims of MAGA-inspired violence feel thanks to the non-stop racial incitement coming from Tucker, Trump, etc.” Yglesias tweeted. (RELATED: A Mob Showed Up Outside Tucker Carlson’s House And Ordered Him To ‘Leave Town’) 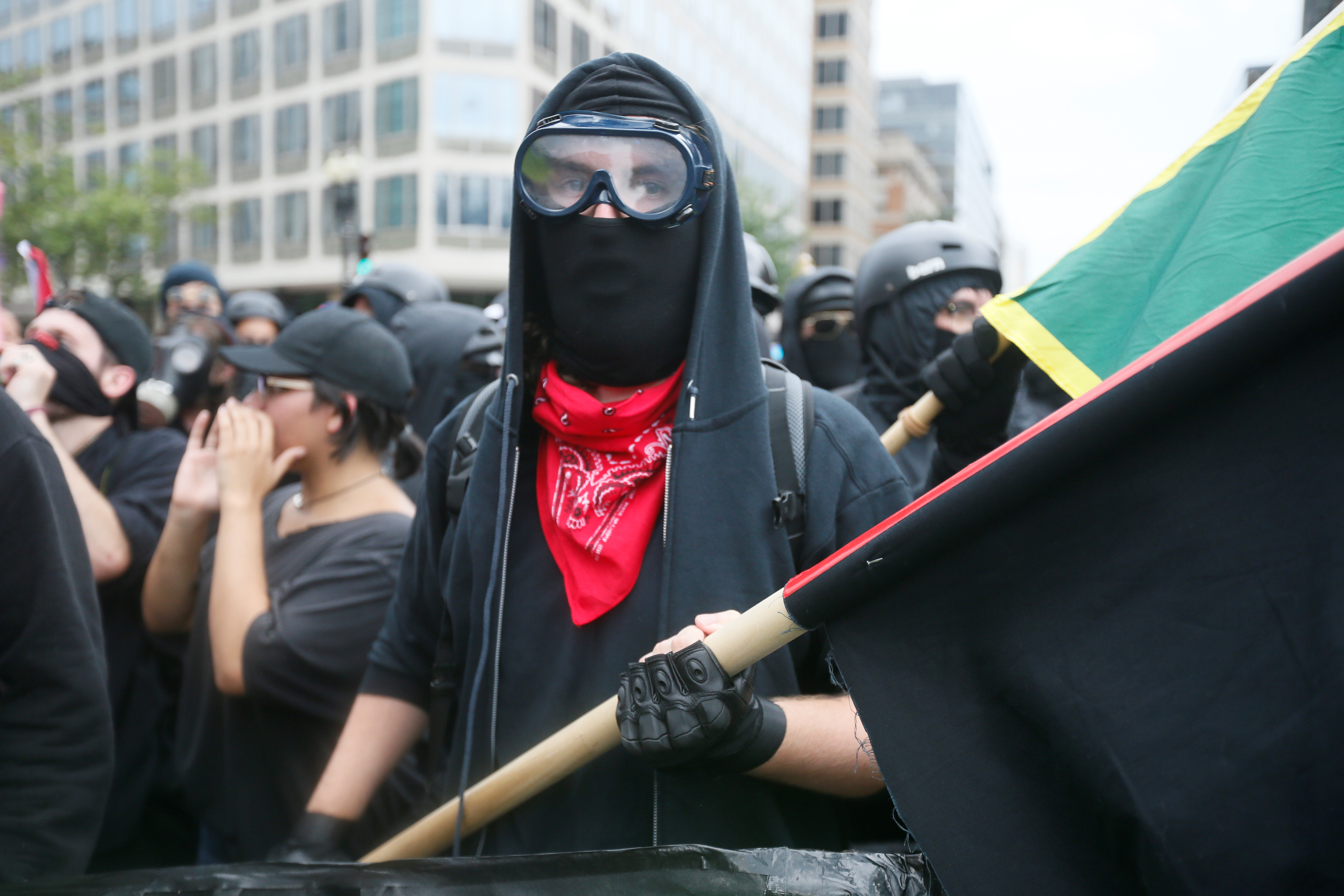 Antifa, opponents of white nationalist, Jason Kessler’s group, march during a rally, marking the one year anniversary of the 2017 Charlottesville ‘Unite the Right’ protests in Washington, U.S., August 12, 2018. REUTERS/Jim Bourg.

His remarks are consistent with the perverse moral worldview he has promoted in the past. In 2013, Yglesias felt the need to tell parents that former President Barack Obama’s children are more important than yours. Then again, it’s possible empathy just isn’t Yglesias’s thing, considering he previously wrote that witnessing the birth of his son made him more pro-abortion.

Perhaps Yglesias didn’t think Antifa’s behavior was a big deal considering his belief that private property is a myth. To him, a crack in Carlson’s front door is no different than a broken printer at the Department of Motor Vehicles.

Something tells me, however, that if a bunch of fashion critics decided to raid Yglesias’s $1,000,000-plus D.C. townhouse in Logan Circle, he’d start reciting the writings of John Locke as they knocked down his door.

Vox didn’t respond to a request for comment. Their silence can be excused considering employees over there have been busy publishing fascinating today insights like “How to succeed in business by being a Taylor Swift fan,” “The stubborn irrelevance of the Victoria’s Secret fashion show,”  “How to protest Trump,” and other illuminating pieces that surely demonstrate why Vox’s employees are far more worthy of safety and peace than Carlson’s wife.

Neither did NBCUniversal, which has pumped hundreds of millions of dollars into Vox Media. Yet one could take its silence as a tacit approval of excusing violence against the families of journalists. It should let its shareholders know.

Yglesias’s remarks are just another indictment against the left-wing technocrats who wish to run this country and simply don’t wish to protect the interests and rights of all Americans. Instead, they’re perfectly happy that people like Carlson and his wife face violence if it means they can modestly raise taxes and tinker with regulations in the morning then tweet out woke platitudes in the evening.

After all, brute violence is far easier than winning an election.