Authorities have identified 14 additional bodies believed to have died from wildfires tearing through Northern California, bringing the official death toll to 23 people.

The uptick in deaths comes as President Donald Trump warns California that federal funds might dry up if the state does not reform its forest management operations. Another 110 people are presumed missing in the area as officials continue battling one of the largest wildfires in state history.

“With proper Forest Management, we can stop the devastation constantly going on in California. Get Smart!” the president wrote in a tweet Sunday morning on his return trip from European. Trump also threatened to cut off federal funds if the state did not do more to prevent future wildfires.

With proper Forest Management, we can stop the devastation constantly going on in California. Get Smart!

The cost of firefighting has increased in recent years, hitting a high-water mark of $1.1 billion in 2017. Trump recently signed “fire funding fix” legislation to give federal agencies $2.25 billion to fight fires starting in 2020. That amount would increase to nearly $3 billion by 2027. 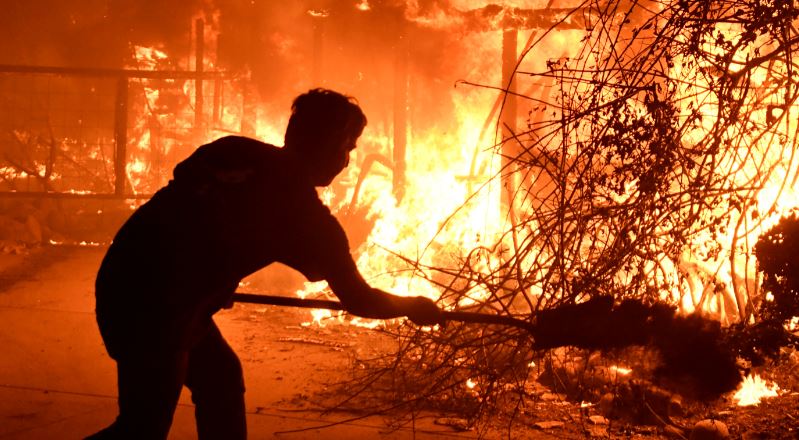 Home owner Will Buckley uses a shovel with dirt to try to stop the flames from from destroying a neighbor’s home during the Woolsey Fire in Malibu, California, U.S. November 9, 2018. REUTERS/Gene Blevins 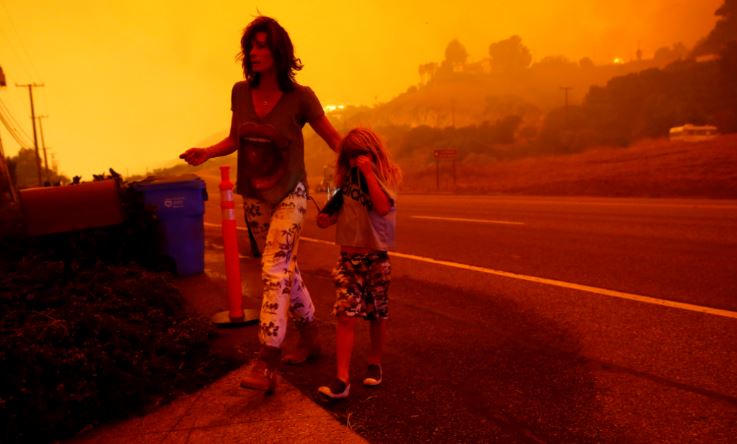 Firefighters are working to stamp down three massive blazes, including the 100,000-acre Camp Fire in Butte County. The inferno has so far injured three firefighters and destroyed more than 6,000 buildings. Officials are still trying to confirm how the fire began.