Carlson posted a full account of the events after celebrity lawyer Michael Avenatti accused him of assaulting a gay latino man. (RELATED: Mob Outside Tucker’s Home Has History Of Harassment)

“We are investigating an alleged assault on a gay latino immigrant committed by T. Carlson and/or members of his inner circle at a club in VA in Oct.,” Avenatti wrote. “It likely includes underage drinking in violation of VA law.”

1/2 – We are investigating an alleged assault on a gay latino immigrant committed by T. Carlson and/or members of his inner circle at a club in VA in Oct. It likely includes underage drinking in violation of VA law. Link to a portion of the incident:https://t.co/QcbCRHrplP

2/2 – We are attempting to locate additional witnesses and to identify those depicted in the video. In particular, we need assistance identifying the balding man that grabs the man seated at the bar. We anticipate charges being filed. Anyone with knowledge, pls contact us.

Carlson released a statement on Twitter explaining that the man, Juan Granados, “attacked” his daughter at the Farmington Country Club in Charlottesville, Va.

“Toward the end of the meal, my 19-year-old daughter went to the bathroom with a friend. On their way back through the bar, a middle aged man stopped my daughter and asked if she was sitting with Tucker Carlson,” Carlson wrote. “She answered, ‘That’s my dad,’ and pointed to me. The man responded, ‘Are you Tucker’s whore?’ He then called her a ‘fucking cunt.'”

Last month one of my children was attacked by a stranger at dinner. For her sake, I was hoping to keep the incident private. It’s now being politicized by the Left. Here’s what happened: pic.twitter.com/rwNoFYxMFv

Carlson’s son confronted Granados and threw a glass of red wine on him, and the video posted by Avenatti shows Carlson cursing at the Granados to leave the establishment.

“I love my children,” Carlson said. “It took enormous self-control not to beat the man with a chair, which is what I wanted to do. I think any father can understand the overwhelming rage and shock that I felt seeing my teenage daughter attacked by a stranger.”

The country club allegedly investigated the incident for more than three weeks and ultimately revoked Granados’ membership. Avenatti confirmed his client’s membership was revoked, but said Carlson is to blame rather than Granados’ alleged actions. 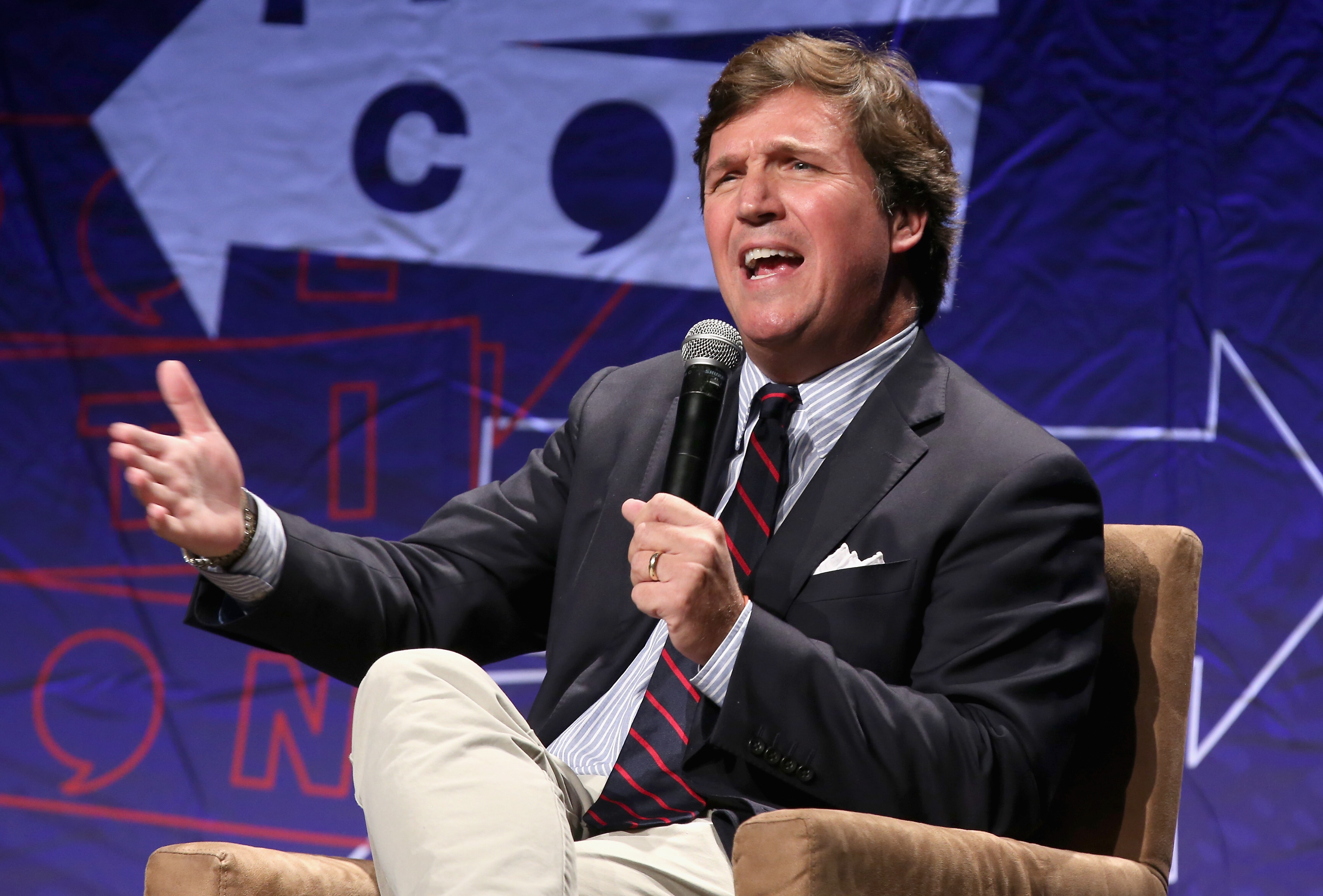 The country club told The Washington Post that they dispute “inaccurate allegations being spread by individuals who were not present during the incident, and whose interpretation of events are refuted by the accounts of multiple eyewitnesses.”

Carlson’s family was attacked again last week when Smash Racism DC gathered outside of his Washington D.C. home and chanted threats. According to police, the mob also spray painted an anarchy sign on Carlson’s driveway. Carlson told The Washington Post that the group threw themselves against his front door, terrifying his wife to the point that she hid inside the house and called the police.