The Financial Times is using technology to track how many women are being quoted by reporters in an effort to close the “gender gap” in articles.

The FT found that only 21 percent of experts cited in its in articles were women, prompting the outlet to create a bot that automatically warns reporters if they are citing too many men.

The bot examines the pronouns and names of experts cited in stories to determine if they are male or female, according to The Guardian. 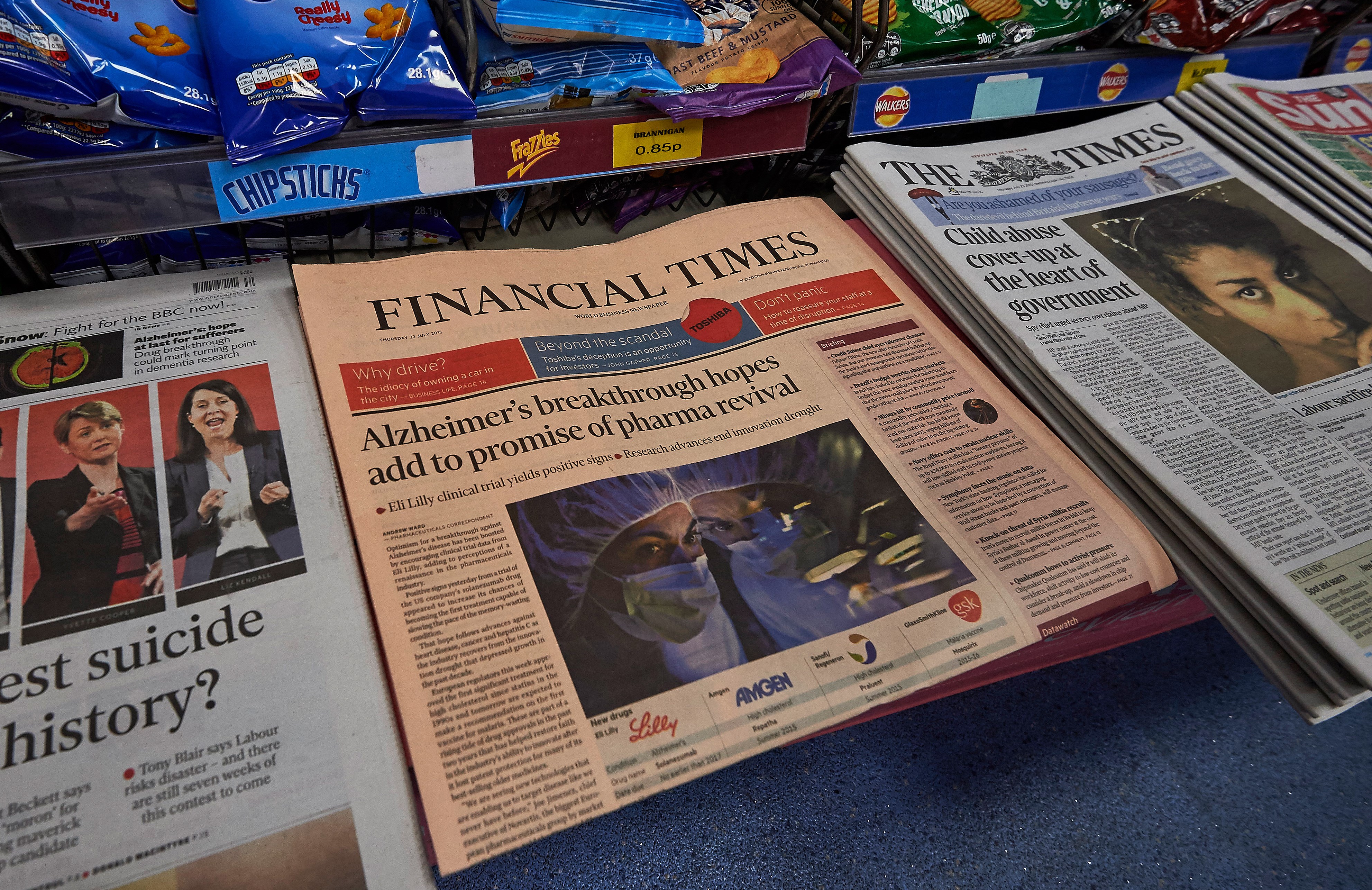 A copy of the Financial Times newspaper is seen alongside other British newspapers displayed for sale in a newsagents in London on July 23, 2015. British publisher Pearson revealed today it is in “advanced” talks to sell its flagship business newspaper the Financial Times to an unnamed suitor. (AFP PHOTO / NIKLAS HALLE’N)

In addition to its efforts to quote more women, FT is also asking journalists to use more images of women to accompany articles with the goal of attracting more female readers to the website.

“Desks that use quotes from a high proportion of women also feature more women in their pictures, and their articles are well read by women,” deputy editor Roula Khalaf said in an email to staffers.

In September, California Governor Jerry Brown signed a bill mandating that all publicly traded companies have at least one woman on their board of directors. The bill is the first of its kind in the United States and further requires companies to give women 40 percent of board seats by 2021.