Protests against France’s recent gas tax increases extended into Monday with more than 100,000 people demonstrating against a slew of tax increases orchestrated by President Emmanuel Macron.

A grassroots movement branded “Yellow Vests” organized a day of protest Saturday when about 300,000 demonstrators blocked thousands of streets and gas stations. One person was killed when a driver plowed through a barrier. Hundreds were injured. Protests continued into Sunday.

The protests come after the government moved to increase gas taxes, which is part of Macron’s strategy to wean France off oil and gas. But many French citizens see them as an example of the French president’s inability to understand the plight of the country’s working class.

Demonstrators light flares and block roadways in France in protest over rising fuel taxes. At least one protestor has been killed and more than 400 injured, officials said. https://t.co/JfGGnfH9HZ pic.twitter.com/Izd8FL37g4 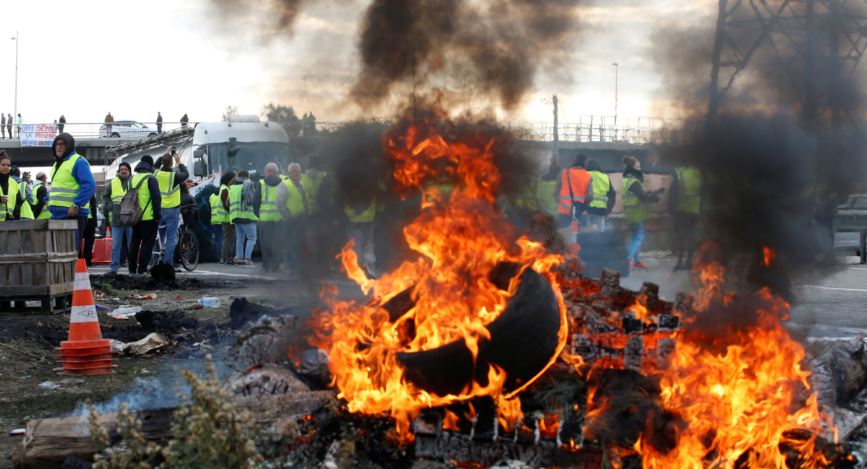 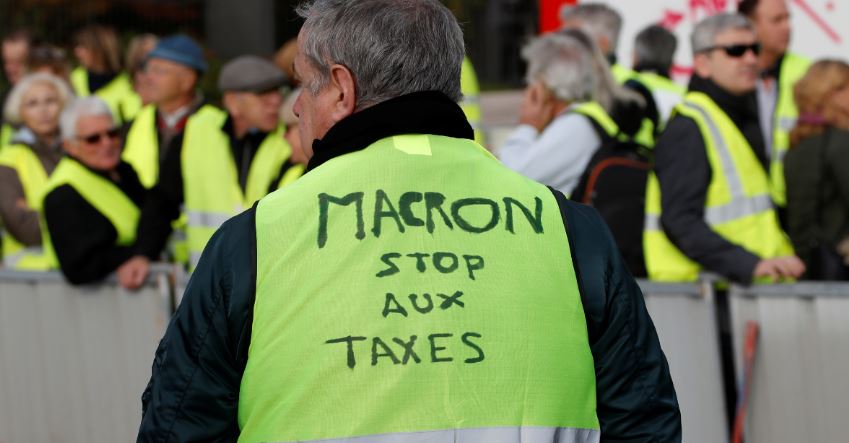 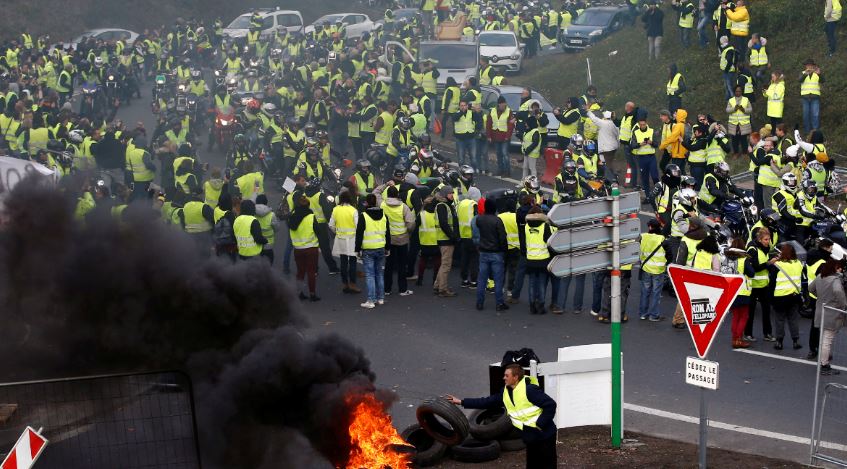 Protesters wearing yellow vests attend a demonstration at the entrance of a shopping center in Nantes, France, November 17, 2018. REUTERS/Stephane Mahe

The price of gas rose in January by 7.6 cents per liter in France and the price of diesel by 3.84 cents. To put that into perspective, 3.8 liters of fuel is equivalent to about 1 gallon of gasoline in the U.S.

“We have a movement here that’s a bit of left and a bit of right against a background of widespread discontent,” Sylvain Boulouque, an academic who writes books on French extremism, told reporters Sunday. Support for the protests could wane if they become permanent, he added.

The protests are gaining widespread support, especially among those in the rural areas of the country that depend on gas-powered vehicles for transportation. Nearly 73 percent of the French approve the demonstrations, according to an Elabe poll conducted during the protests. Support is divided between Macron’s urban supporters and small-town people who rely on cars.

The so-called Yellow Vest protests are unusual as none of them were sanctioned by the country’s powerful unions or politicians. None of this strife bodes well for Macron, whose approval rating is at dangerously low levels.

Macron delivered a speech on Nov. 11 at the centennial ceremony honoring the end of World War I saying nationalism is the “betrayal of patriotism” and calling for a rejection of “selfishness of nations only looking after their own interests, because patriotism is exactly the opposite of nationalism.”