The U.S. Coast Guard has ordered a U.S. energy company to plug a 14-year-old offshore oil leak or face a rolling fine of $40,000 a day, The Washington Post reported.

Taylor Energy must “institute a … system to capture, contain, or remove oil” from its former drill site 12 miles off the coast of Louisiana, the Oct. 23 order said. The site has leaked between 300 and 700 barrels of crude a day since 2004, adding up to 1.5 million to 3.5 million barrels of total oil leaked, according to WaPo.

The company submitted a plan to the Coast Guard on Nov. 8, but federal officials rejected the plan in favor of another by an independent contractor that “provided both the best capability and timeline for responding” to the oil spill, a Coast Guard spokesman told WaPo.

The company, which sold off all assets and ceased drilling operations in 2008, has pushed back against the Coast Guard’s analysis of the leak. The Coast Guard has based its action partly on an analysis commissioned by the Justice Department that Taylor Energy says is flawed.

“The inflated volumes are completely inconsistent with the scientific record built over a decade by the world’s leading scientists, including those regularly relied upon by the government,” Taylor Energy said in a statement to WaPo.

“Taylor Energy’s greater concern is that the government is leading the response down a dangerous path that will create an environmental impact that currently does not exist,” Taylor Energy said. Scientists consulted by Taylor Energy say oil trapped in the soil around the old drill site could be released if the site is disturbed. 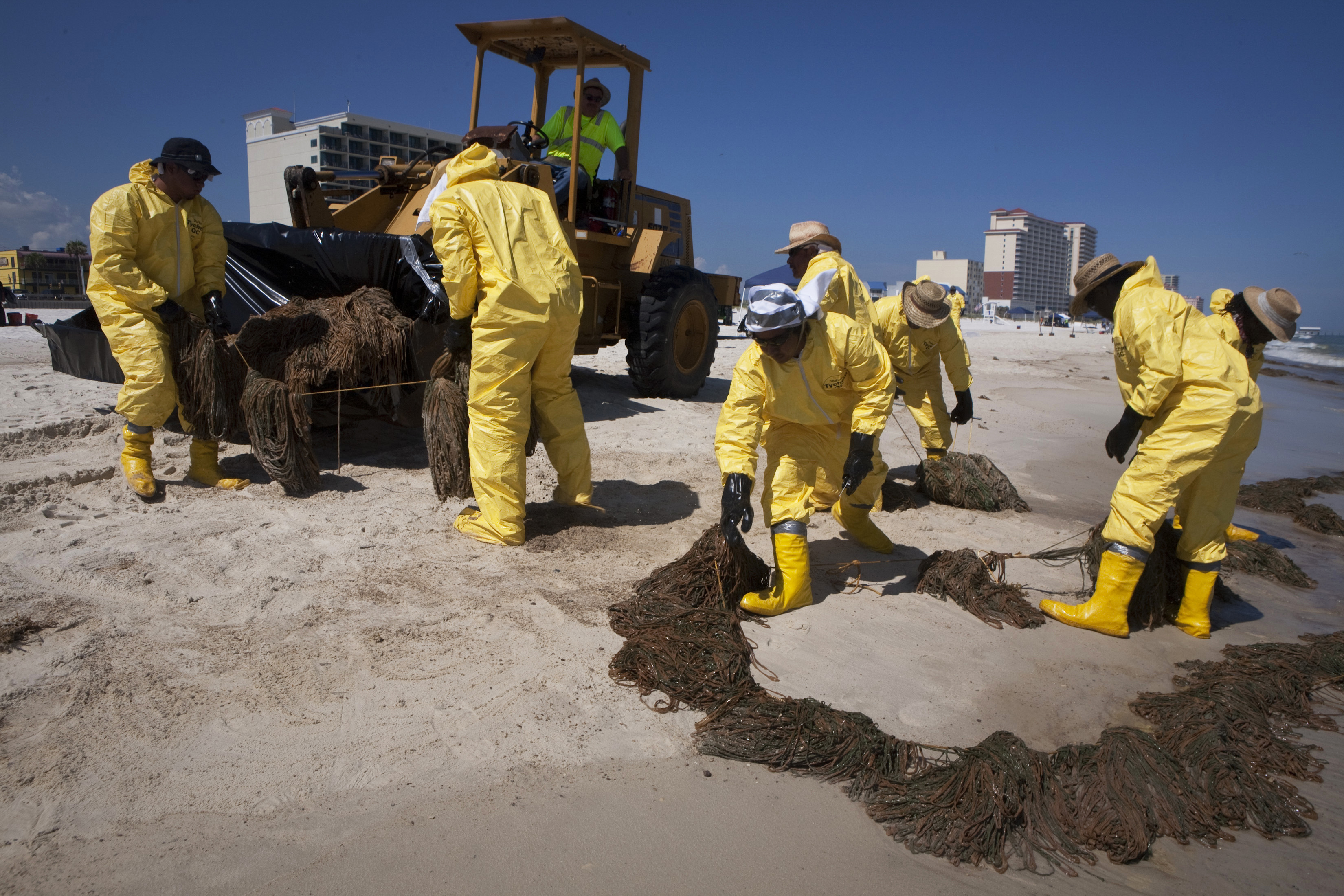 A clean-up crew collects booms soaked with oil from the Deepwater Horizon spill on a beach in Gulf Shores, Alabama, in this June 25, 2010 file photo. REUTERS/Lee Celano

Over the past 14 years, the amount of oil lost from the Taylor Energy leak is comparable to the Deepwater Horizon oil spill in 2010, which leaked about 3.2 million barrels of oil into the Gulf of Mexico. British Petroleum (BP), the oil and gas company held responsible for the spill, pegged the cost of Deepwater Horizon at around $61.2 billion. (RELATED: Bacteria Are Eating Most Of The 2010 BP Oil Spill)

Taylor Energy did not immediately respond to a request for comment.