President Donald Trump doubled down Thursday on his promise to seal the border shared with Mexico if the ongoing migrant caravan issue continues to spiral out of control.

Trump’s words come as some migrants are reportedly within 500 feet of the U.S. border.

As The San Diego Union-Tribune reports, approximately 150 asylum seekers are close to the border with a white flag emblazoned with the words “La paz y Dios,” translated as “Peace and God are With Us.” They have moved ahead of the rest of the migrant caravan that is camped out in Tijuana, Mexico.

Concertina wire is shown as vehicles enter the United States from Mexico as authorities prepare for the arrival of a caravan of migrants at the San Ysidro border crossing in San Diego, California, U.S. Nov. 15, 2018. REUTERS/Mike Blake

In Trump’s Thanksgiving remarks to reporters at his Florida retreat of Mar-a-Lago, the president again spoke of closing the border — and for that purpose has reportedly prepared an executive order. He has also authorized the use of lethal force — “if they have to” — for U.S. military troops deployed to the border for resisting illegal entry into the U.S. by the migrants. (RELATED: Aid Group Says Migrants Prepared To Jump Across Border En Masse)

The administration was frustrated this week by a federal judge who said it was unconstitutional to deny illegal immigrants the chance to apply for asylum in the U.S.

Trump also seemed to show support for Department of Homeland Security (DHS) Secretary Kirstjen Neilsen, whom he said is doing her best even though, “it’s a tough job.” 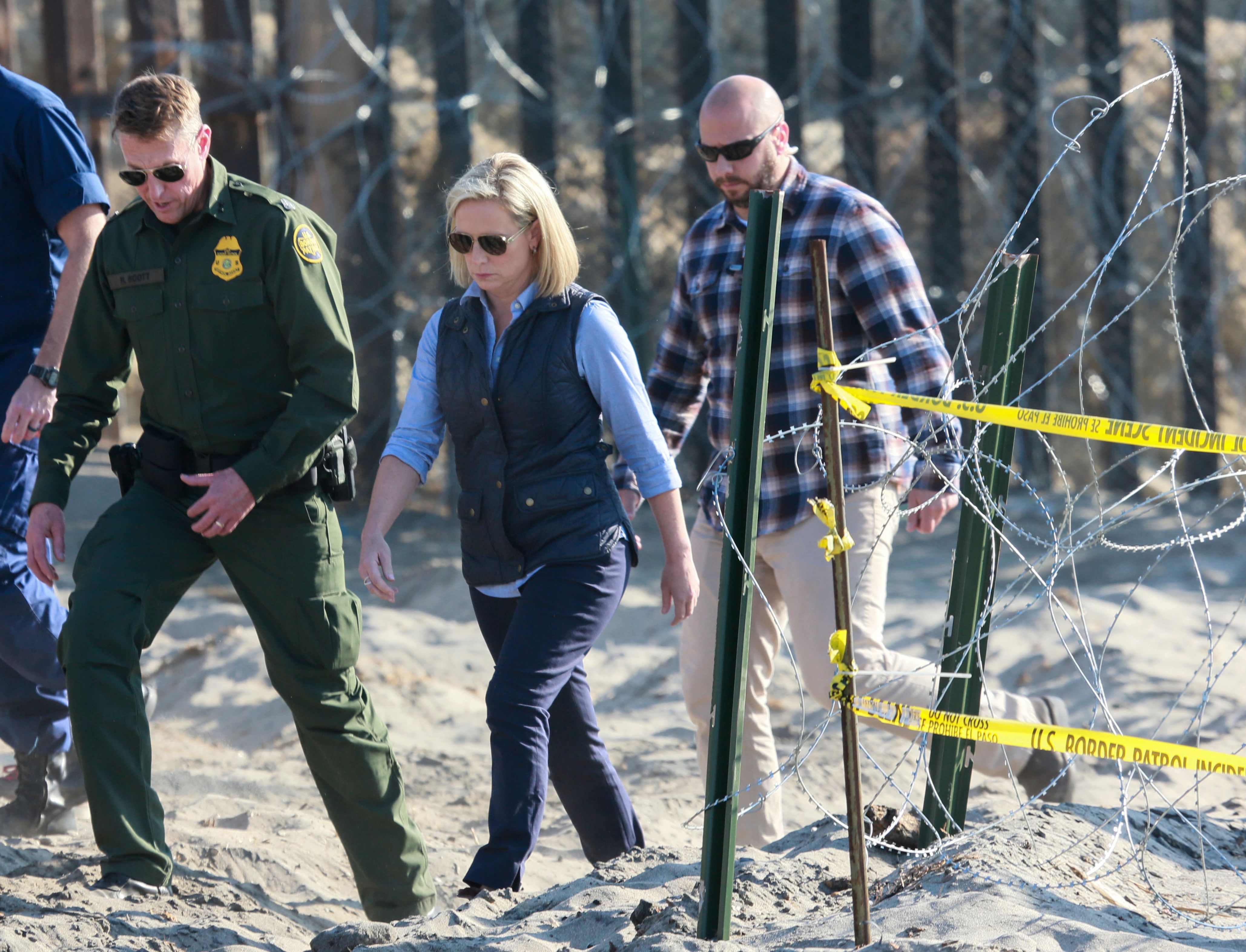 Trump’s comments come after DHS representatives reported this week that there are at least 500 criminals among the migrants. Nielsen, who stands behind that claim, has not commented on how the department knows about the claims of criminality or what kind of criminals they are. (RELATED: Angry Tijuana Residents Push Back Against Migrant Caravan: ‘This Is An Invasion’)

Trump told reporters that there are “fistfights all over the streets” in Tijuana, and that “these are not like normal, innocent people.”

“These are people you talk to them and they start a fistfight,” he said. “I don’t want that in this country.”