Speaking to “Axios on HBO,” the son of the late Billy Graham and the man who often speaks for America’s politically influential Evangelical community says it’s not too complicated to explain why he often defends Trump against naysayers: “He defends the faith.”

“Now, people say, ‘Well, Frank, but how can you defend him when he’s lived such a sordid life?'” Graham told the news outlet, apparently citing oft-repeated stories of Trump’s sexual peccadilloes and alleged misconduct against some women. Trump has denied the accounts. (RELATED: Franklin Graham Gives Some Advice On Hell To Rosie O’Donnell)

Graham says nobody lives a perfect life, but Trump does produce good policy.

“I never said he was the best example of the Christian faith. He defends the faith. And I appreciate that very much.” 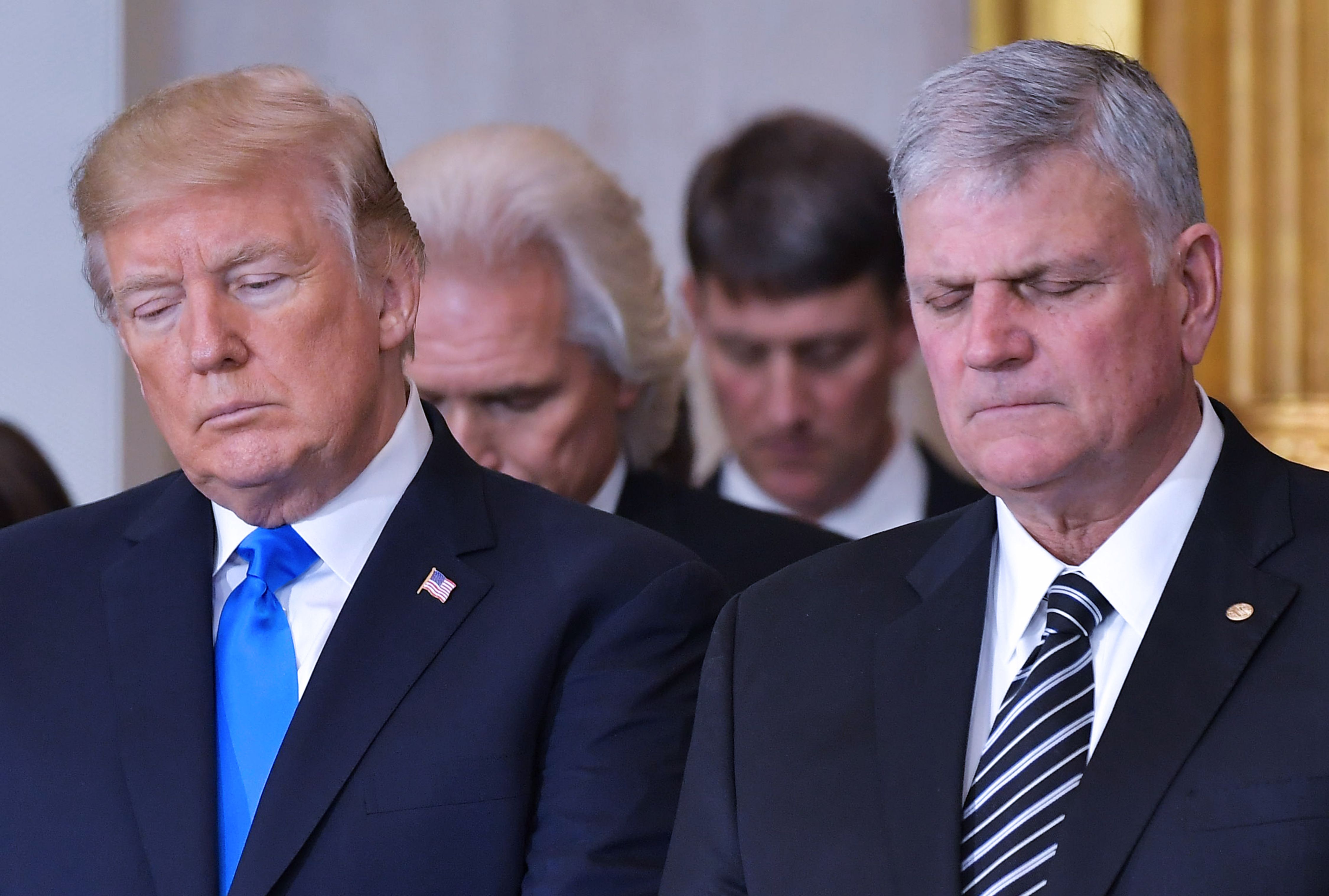 US President Donald Trump, and Franklin Graham bow their heads in prayer during a memorial for evangelist Billy Graham in the Rotunda of the US Capitol on Feb. 28, 2018 in Washington, DC. (Photo credit: MANDEL NGAN/AFP/Getty Images).

In the interview, Graham did not flinch from his defense of Trump despite frequent suggestions in the mainstream media that the president is a misogynist.

“Trump has admitted his faults and has apologized to his wife and his daughter for things he has done and said,” he said. “And he has to stand before God for those things.” (RELATED: Christian Evangelist Franklin Graham Stands By Kavanaugh. Says Teenage Actions Are ‘Not Relevant’) 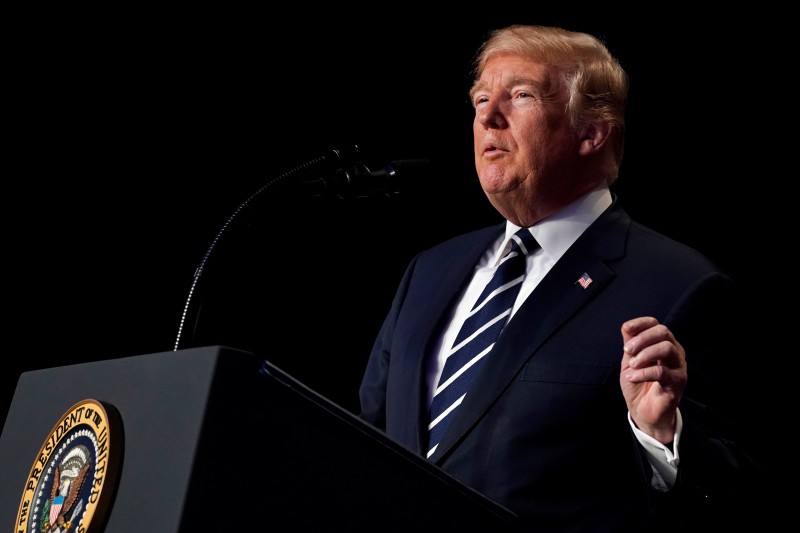 Although Billy Graham avoided partisan political endorsements after his close friendship with President Richard Nixon became strained during the Watergate scandal and Nixon’s subsequent resignation, his son has been a vocal apologist for conservative policies.

Liberal activists sought to have Graham denied entry into the U.K. over the evangelist’s staunch defense of biblical sexuality and severe criticism of Islamic extremism. The mayor of Vancouver sought to bar Graham from attending a Christian festival in that city.

Trump has cemented his good relationship with evangelical Christians at the annual Washington prayer breakfast that the president attends. His messages have struck a chord with the largely supportive audience that was sometimes offended by former President Barack Obama’s addresses — especially when he criticized Christians for the medieval Crusades.