Two of the attorneys representing various cities in climate litigation against oil companies have a history of suing and counter-suing each other over personal squabbles, according to documents obtained by The Daily Caller News Foundation.

Environmental attorneys Vic Sher and Matt Pawa got into a multi-million-dollar legal dispute in 2014 stemming from a lawsuit they both worked on against ExxonMobil. Sher, who was with Sher Leff at the time, alleged Pawa’s group, Pawa Law Group, failed to distribute money from a settlement in the case. Pawa, in turn, argued in a lawsuit that Sher was the one cheating him out of millions of dollars.

Sher, who is now with Sher Edling, eventually paid Pawa about $6 million for the retributions, court documents show. The disagreement stems from a lawsuit New Hampshire filed in 2013 alleging Exxon negligently contaminated the state’s water ways with 2 billion gallons of MTBE, a gas additive experts believe poisons drinking water. The intrigue comes amid growing bad blood between the two sides.

The state initially sued 26 oil companies in 2003 over the contamination. New Hampshire previously collected over $130 million for MTBE cleanup from the other defendants. The jury eventually awarded the state damages of $816 million. Exxon was made to pay roughly 29 percent of market share, which equaled roughly $236,372,664 at the time of the lawsuit.

New Hampshire’s Supreme Court upheld the decision in 2015 after Exxon appealed the ruling to the top court. 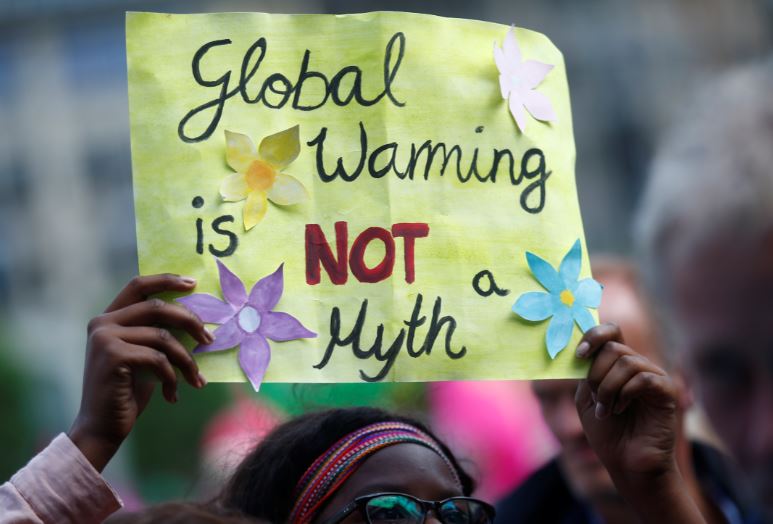 People take part in protests ahead of the upcoming G20 summit in Hamburg, Germany July 2, 2017. Placard reads “Global Warming is NOT a Myth”. REUTERS/Hannibal Hanschke

A dispute arose between Pawa and Sher in 2012 relating to the division of attorneys’ fees between them under a contract with New Hampshire, which retained both to represent the state in the Exxon contamination case. A panel eventually awarded Pawa nearly $6 million for breaching the agreement.

Sher Leff refused to comply with the final award, including payment of the amounts awarded to Pawa’s law firm, even while Sher Leff pocketed more than $27 million in attorneys’ fees from the Exxon case. Sher countersued in 2014, arguing Pawa entered into a secondary oral agreement that the legal fees associated with the case would be delivered proportionally. Sher’s case was dismissed.

Neither Hagens Berman Sobol Shapiro LLP, a California-based law firm that now employs Pawa, nor Sher Edling responded to TheDCNF’s request for comment about how the nearly five-year-old lawsuit is affecting their current legal pursuits of Exxon.

Both law firms — Sher Edling and Hagens Berman — are barnstorming the country, convincing cities to sue energy companies for allegedly contributing to damage caused by climate change. The rivalry between the two attorneys heated up Nov. 26 after San Francisco and Oakland fired Hagens Berman and hired Sher Edling to represent the cities as they appeal a court’s decision to dismiss their lawsuits against Exxon.

Hagens Berman’s fee would have been 23.5 percent of any winnings from its cases with San Francisco and Oakland. Hagens Berman stood to earn possibly billions of dollars in contingency fees depending on the total winnings, had San Francisco, Oakland or New York City won their global warming suits.

Sher Edling, for its part, is handling climate lawsuits for six California cities and counties. Local governments suing fossil fuel interests argue state nuisance and trespassing laws, which have sometimes been applied to pollution, also apply to global warming. They also accuse energy companies of trying to downplay the harms their products allegedly cause.

The Manufacturers’ Accountability Project (MAP), a group that opposes the wave of litigation on the grounds that it hurts manufacturers, believes switching law firms won’t help the campaign against energy companies. MAP is an arm of the National Association of Manufacturers and has been upfront about its opposition to the litigation.

“The problem isn’t the quality of the law firm, it is the quality of the lawsuit,” MAP Executive Director Lindsey de la Torre said in a press statement following the switch. “The fact these cities are now shaking up their legal teams speaks to the disarray this misguided effort now finds itself in after repeated defeats in the courtroom.”

Hagens Berman and Sher Edling’s drama comes after New York filed a lawsuit in October against Exxon for allegedly downplaying for decades the risk the company’s oil products pose on the climate.

The lawsuit follows over three years of investigation first orchestrated by former Attorney General Eric Schneiderman, who resigned in April over abuse allegations from former romantic partners. The probe took many twists and turns and seemed to come to a halt shortly after his resignation. (RELATED: SEC Investigators Decide Not To Punish Exxon For Alleged Climate Heresy)

Exxon engaged in a “longstanding fraudulent scheme” to deceive investors, analysts and underwriters “concerning the company’s management of the risks posed to its business by climate change regulation,” the lawsuit notes.