Former president George H. W. Bush passed away Friday at the age of 94 after a life full of historic experiences — including meeting famed baseball player Babe Ruth before anyone knew Bush would become the 41st president of the U.S.

Bush was captain of the baseball team at Yale University when he got the chance to symbolically accept the original manuscript of Ruth’s autobiography being donated to the university in 1948, according to CBS Sports. Check out the photo below: 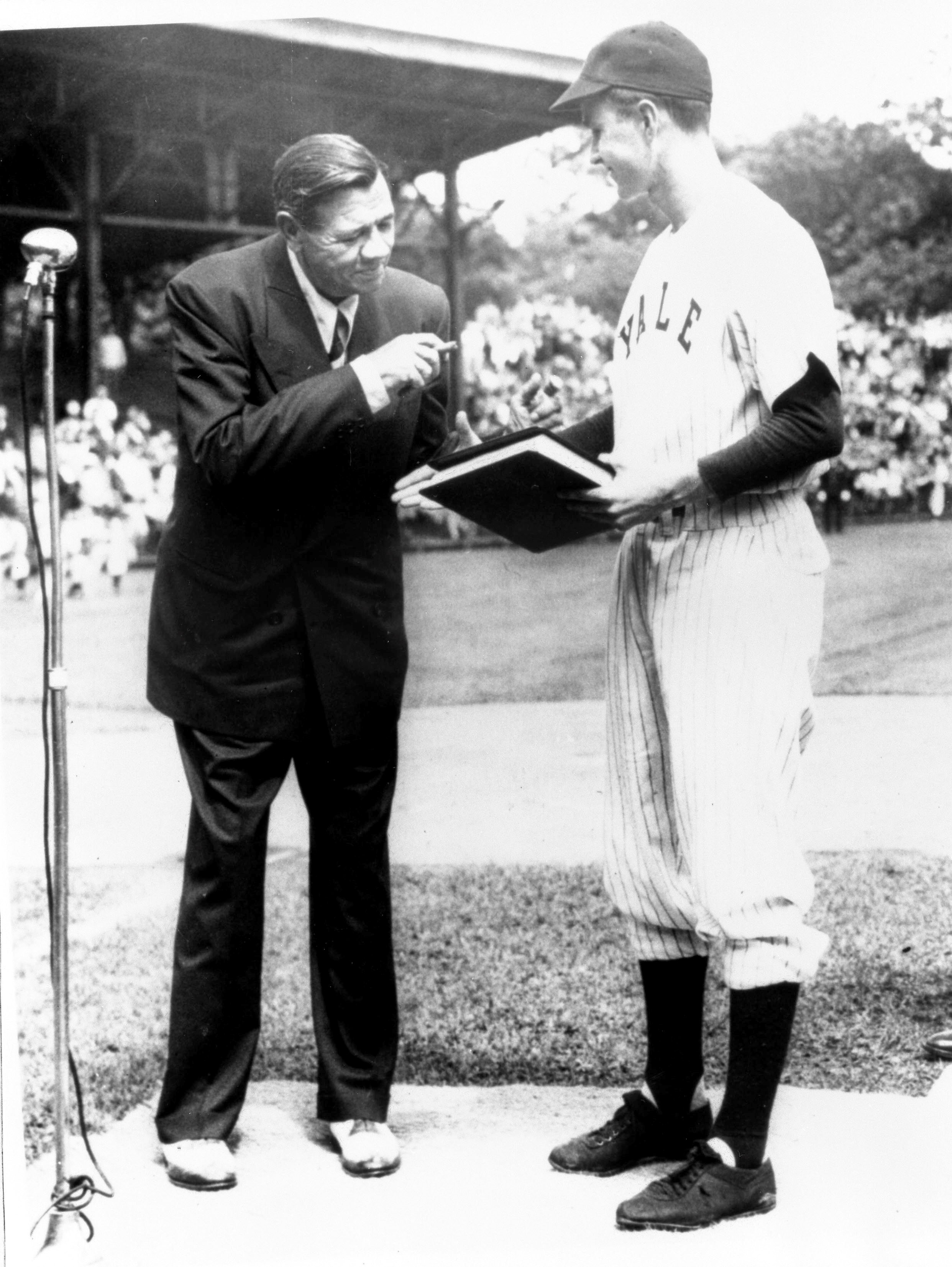 As you can see, in one of the photos Bush is reaching to shake Ruth’s hand, which is firmly grasping a cigar. Ruth died later that year. (RELATED: President George H.W. Bush Passes Away At 94)

Bush was accepted to Yale in 1942 but did not enroll until 1945 because he served in World War II as a combat pilot, according to CBS Sports. Bush was around the age of 24 in the photos.

He was first baseman on the Yale baseball team. Yale Baseball paid tribute to Bush with a quote from his son, former President George W. Bush.

“‘He was a man of the highest character and the best dad a son or daughter could ask for.’ We mourn the passing of the 41st President of the United States — George H.W. Bush,” the team’s account posted on Twitter Saturday.

“He was a man of the highest character and the best dad a son or daughter could ask for.”

We mourn the passing of the 41st President of the United States- George H.W. Bush pic.twitter.com/CW2aRHCT9v

Bush and his late wife, former first lady Barbara Bush, were married for 73 years before she died in April at the age of 92. They held the record for the longest-married couple in presidential history after tying the knot in 1945.

President Donald Trump honored Bush in a statement about his death late Friday night and said he and first lady Melania Trump will attend Bush’s funeral at the National Cathedral in Washington, D.C.