Former first lady Michelle Obama criticized President Donald Trump for the morals he governs with during her appearance on “The Late Show With Stephen Colbert” Friday night.

She was on the show to promote her new memoir “Becoming.” Obama took numerous shots at the president in her book, saying she’d “never forgive” Trump for questioning President Barack Obama’s birth place.

Trump hit back, arguing that he’d never forgive Obama “for what he did to our United States military.” (RELATED: Trump Responds To Michelle Obama’s Memoir Criticism: She ‘Got Paid A Lot Of Money To Write A Book’)

The conversation shifted as Michelle Obama shared an anecdote of how she felt leaving the White House on Air Force One at the end of President Obama’s eight years in office. She spoke about the relief she felt at no longer having to be perfect.

“We knew that we were the moral compass. So we had to speak carefully and clearly and intelligently and we couldn’t just say things off the cuff,” Obama stated.

Colbert followed up by asking, “As people who took that moral position seriously, and it is a serious position, how does it feel to see the next occupant, at least of the Oval Office—I can’t speak to anyone else’s in his family—who seems indifferent to that responsibility?” 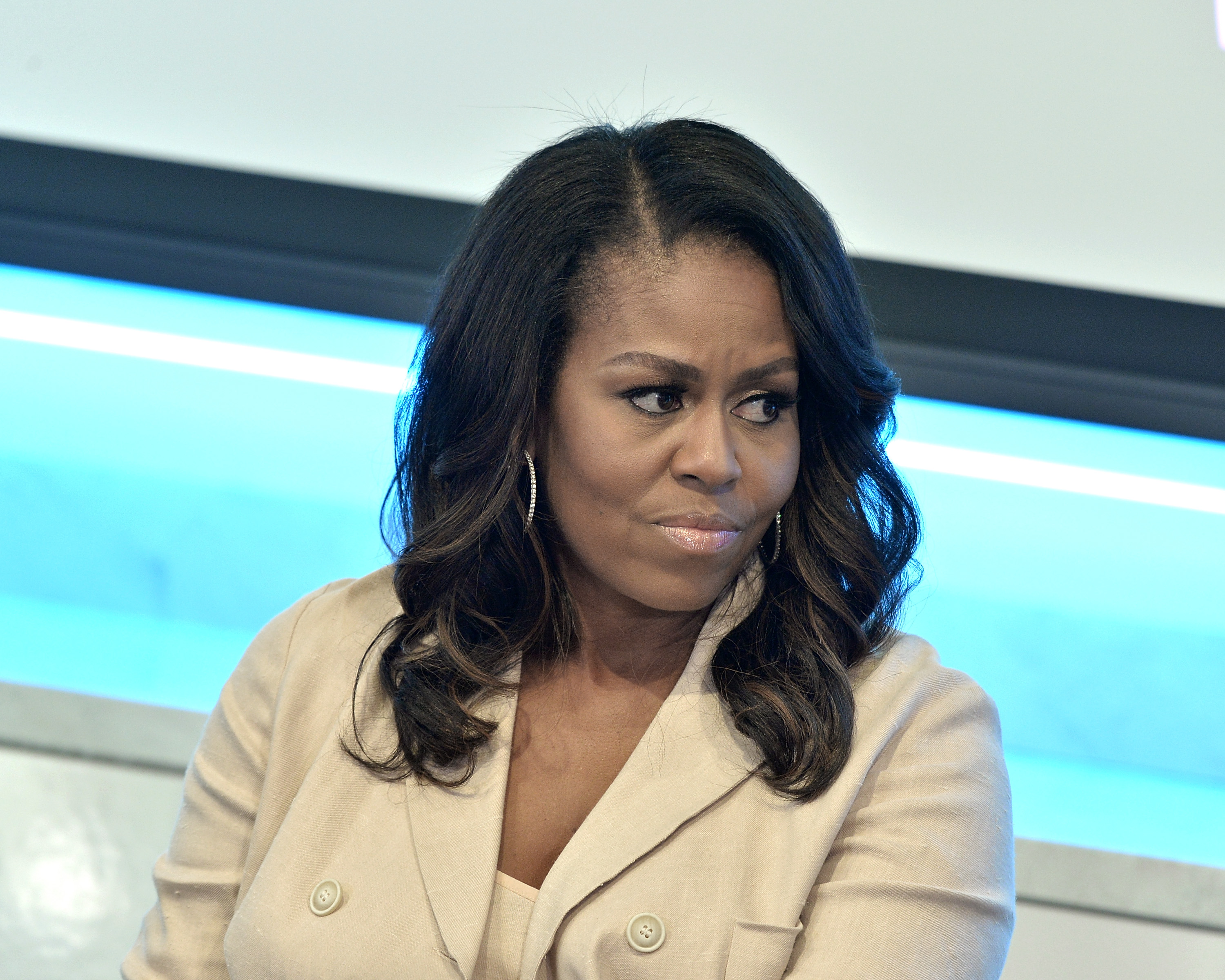 “The question that we have to ask ourselves is how does the country feel about it? Because I don’t think it matters how I felt about it. I’ve felt torn about it from the day I watched it happen. But now the country has to ask itself, what do we want? What is the bar that we’re setting for ourselves?” the former first lady responded. “It’s up to the voters now to figure out what kind of moral leadership do we demand in the White House, regardless of party, regardless of race, regardless of gender, regardless of wherever you are. What do we want our president to look like?”

“How do we want them to act? And if we vote for one set of behavior, then that’s obviously what we want until we vote differently,” Michelle Obama concluded.