Former Secretary of State Colin Powell had the highest praise for late President George H.W. Bush, as both a man and president. Bush died Friday at age 94.

Powell told ABC’s “This Week” that the elder Bush was the “perfect American.”

“I thought he was a perfect American in terms of how he served the country in so many different capacities … but throughout that entire period, he never forgot who he was. He never let it all go to his head. He was a man of great humility. He was humble,” Powell said. (RELATED: Here Were George H.W. Bush’s Last WordsTo His Family)

Powell also rated Bush as “the most qualified with respect to foreign policy.”

The former chairman of the Joint Chiefs of Staff called Bush “far and away the best one-term president … and one of the best of all time” in reference to Bush’s extensive resume that included time in Congress as well as being director of the CIA. “You name it, he did it,” Powell said. 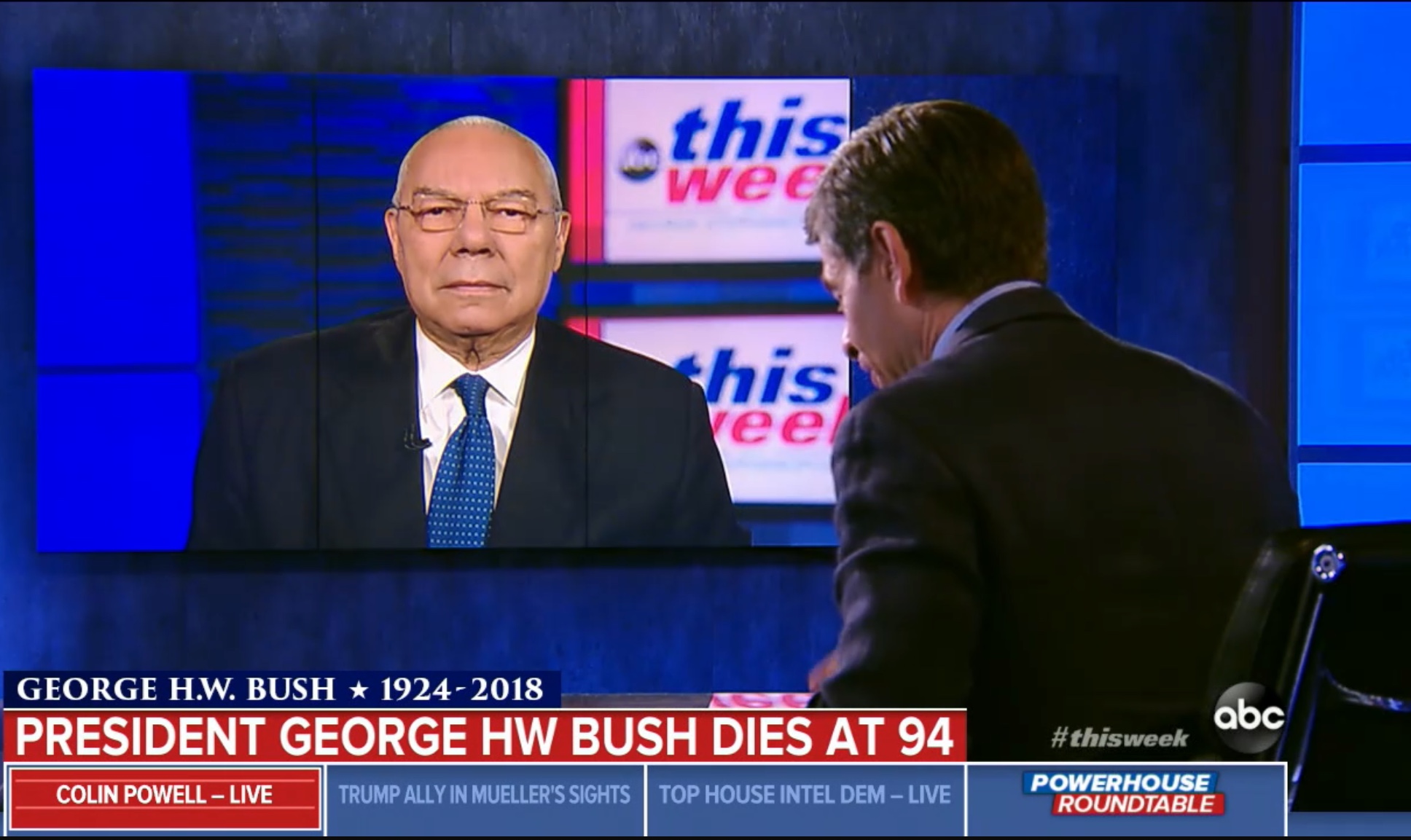 Powell said it was significant that Bush had served in the Second World War as a Navy fighter pilot who was awarded the Distinguished Flying Cross.

“He knew what combat was all about — he knew that combat was about the death of people, yours and the other side.” The retired general noted that the Gulf War was all about a “specific mission” and a “precise conflict.” (RELATED: Here’s A Look Back At George H.W. Bush’s Life In Pictures)

When that war was over, Powell noted that Bush did not stand in front of the victorious troops at the welcome home parade. Neither did Bush openly celebrate the fall of the Berlin Wall in 1989 because he had been taught “not to be a braggart.”

Powell summed the late president’s life up as one of “quality” and “honesty.”