President Donald Trump’s approval rating among registered voters inched up to 46 percent according to a November poll released Monday.

It’s the same approval rating, 46 percent, that the Democratic Party currently enjoys according to the same survey. The poll was the first Harvard CAPS-Harris survey on the topic since the 2018 midterm elections.

More voters approved than disapproved of Trump’s handling of immigration policy. Fifty-two percent approved, while 48 percent disapproved, according to the poll. (RELATED: Here’s How Trump-Endorsed Candidates Did In The Midterm Elections)

That rating comes as the Trump administration came under fire for using tear gas when migrants stormed the border.

A majority of people gave Trump credit for his work on the economy (56 percent approve), fighting terrorism (55 percent), and stimulating jobs (54 percent), according to the poll. But issues where he did not earn majority approval included foreign affairs (57 percent disapprove) and administering the government (58 percent). 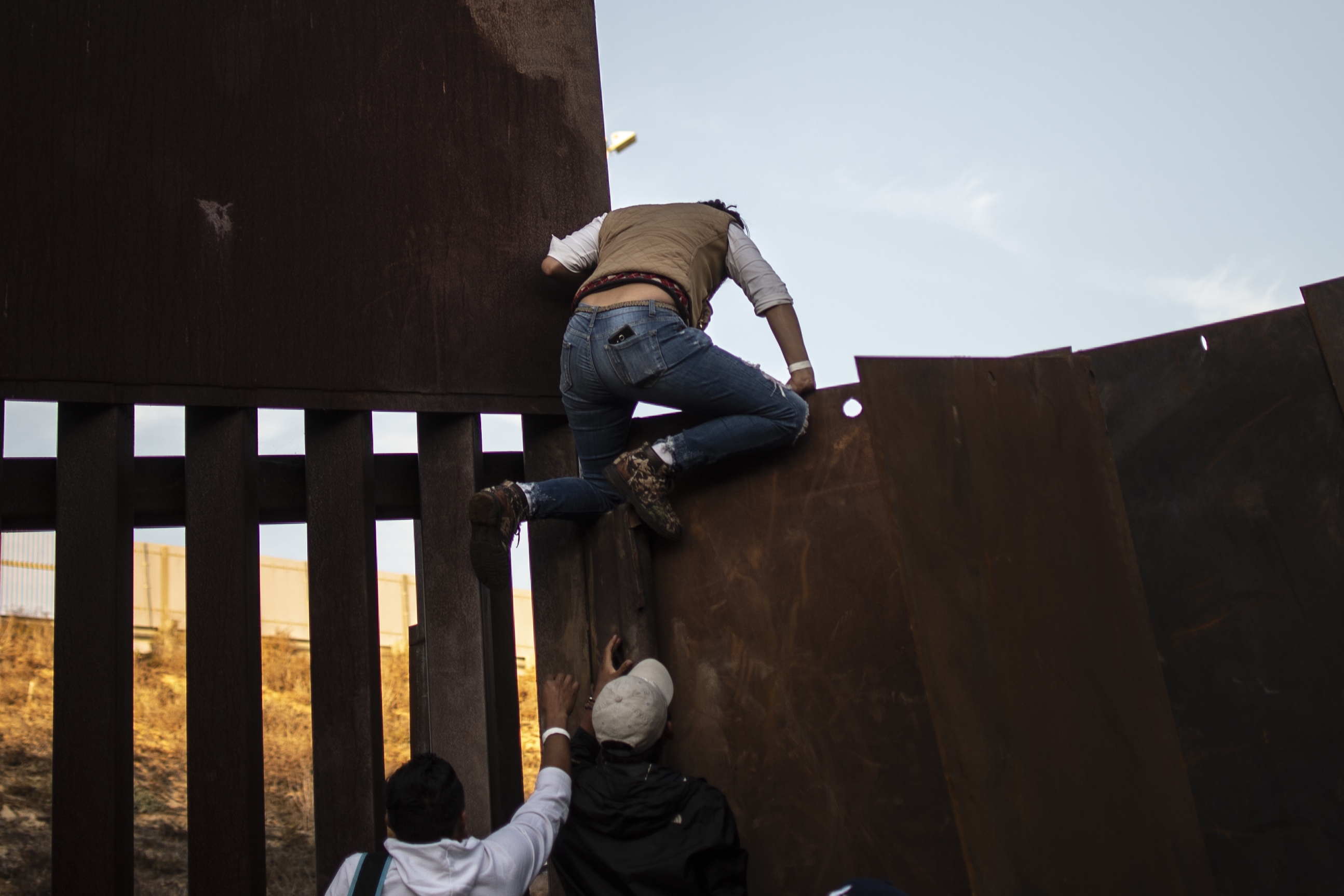 Central American migrants who have been travelling in a caravan hoping to get to the United States, climb the metal barrier separating Mexico and the U.S., in Playas de Tijuana, Mexico on Dec. 2, 2018. (Photo credit should read PEDRO PARDO/AFP/Getty Images)

Voters’ opinions on Trump’s work on the economy, jobs and terrorism have been “fairly stable” throughout 2018, according to The Hill.

The poll also found that 67 percent of voters are satisfied with the outcome of the midterm elections, according to The Hill. That breaks down to 79 percent of Democrats and 58 percent of Republicans.

Other poll conductors found that Trump hit an approval rating high in October with 47 percent approval.

Analysts have compared Trump’s approval rating to that of former President Barack Obama at comparable points in his presidency, such as before the 2010 Republican House takeover.