Bush biographer Jon Meacham shared the eulogy he planned on giving with former President George H.W. Bush prior to his death. MSNBC’s Willie Geist revealed on Wednesday how Bush had reacted to hearing it.

Geist tweeted, with Meacham’s approval, that Bush stated, “That’s a lot about me, Jon.” (RELATED: Here’s A Look Back At George H.W. Bush’s Life In Pictures)

With the memorial service finished, @JMeacham has given me permission to report that he had the chance to read that beautiful eulogy to President Bush before his death.

After hearing his own eulogy, President Bush said, characteristically: “That’s a lot about me, Jon.” #Bush41

Meacham eulogized the late president on Wednesday during a ceremony at the Washington National Cathedral. Bush’s casket was moved from the Capitol rotunda earlier Wednesday after lying in state for two days and was then transported to Texas for his final burial. 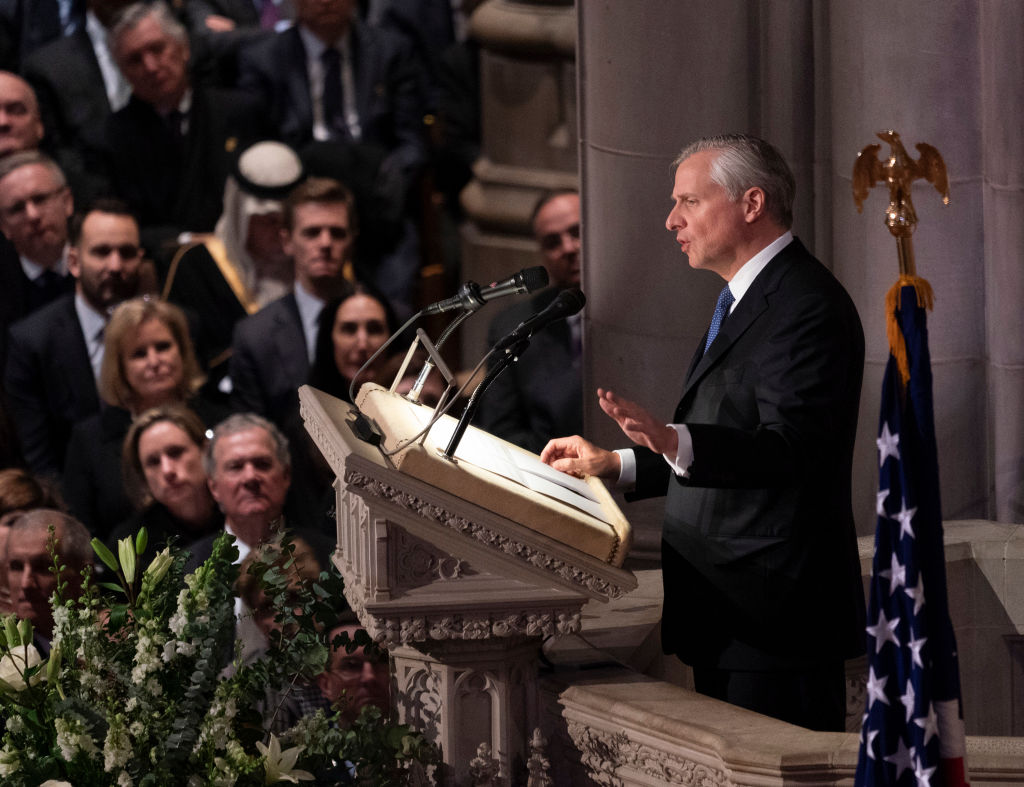 Meacham characterized H.W. Bush as, “America’s last great soldier-statesman, a 20th-century founding father. He governed with virtues that most closely resemble those of Washington and of Adams, of TR and of FDR, of Truman and of Eisenhower, of men who believed in causes larger than themselves.” (RELATED: Trump Pays Tribute To George H.W. Bush, Will Attend Funeral)

“That was his mission. That was his heartbeat. And if we listen closely enough, we can hear that heartbeat even now. For it’s the heartbeat of a lion, a lion who not only led us, but who loved us. That’s why him. That’s why he was spared,” Meacham concluded, referencing Bush’s 1944 rescue in the Pacific.