The Center for Consumer Freedom (CCF) wrote a Wednesday letter to the Norfolk City Council in Virginia and asked it to change the address of the People for the Ethical Treatment of Animals’s headquarters to reflect what it alleges are the group’s true injurious actions.

“For years, People for the Ethical Treatment of Animals has killed cats and dogs by the thousands at its headquarters,” the letter reads. It asks the city council to replace “Front Street” with “PETA Kills Avenue” as the headquarter’s address. PETA’s headquarters are located in Norfolk.

The letter claims that PETA euthanizes a majority of the animals that are brought to its shelters rather than providing them with care. PETA President Ingrid Newkirk has also advocated for all stray cats and pitfalls to be eliminated, according to the letter. (RELATED: Flashback: Peta Tried To Run This Ad Protesting Thanksgiving. NBC Affiliates Refused)

“In fact, killing animals seems to be the main purpose of PETA’s so-called shelter, as no adoption hours are posted nor are animals advertised on the organization’s site,” reads the letter, written by CCF director Will Coggin. 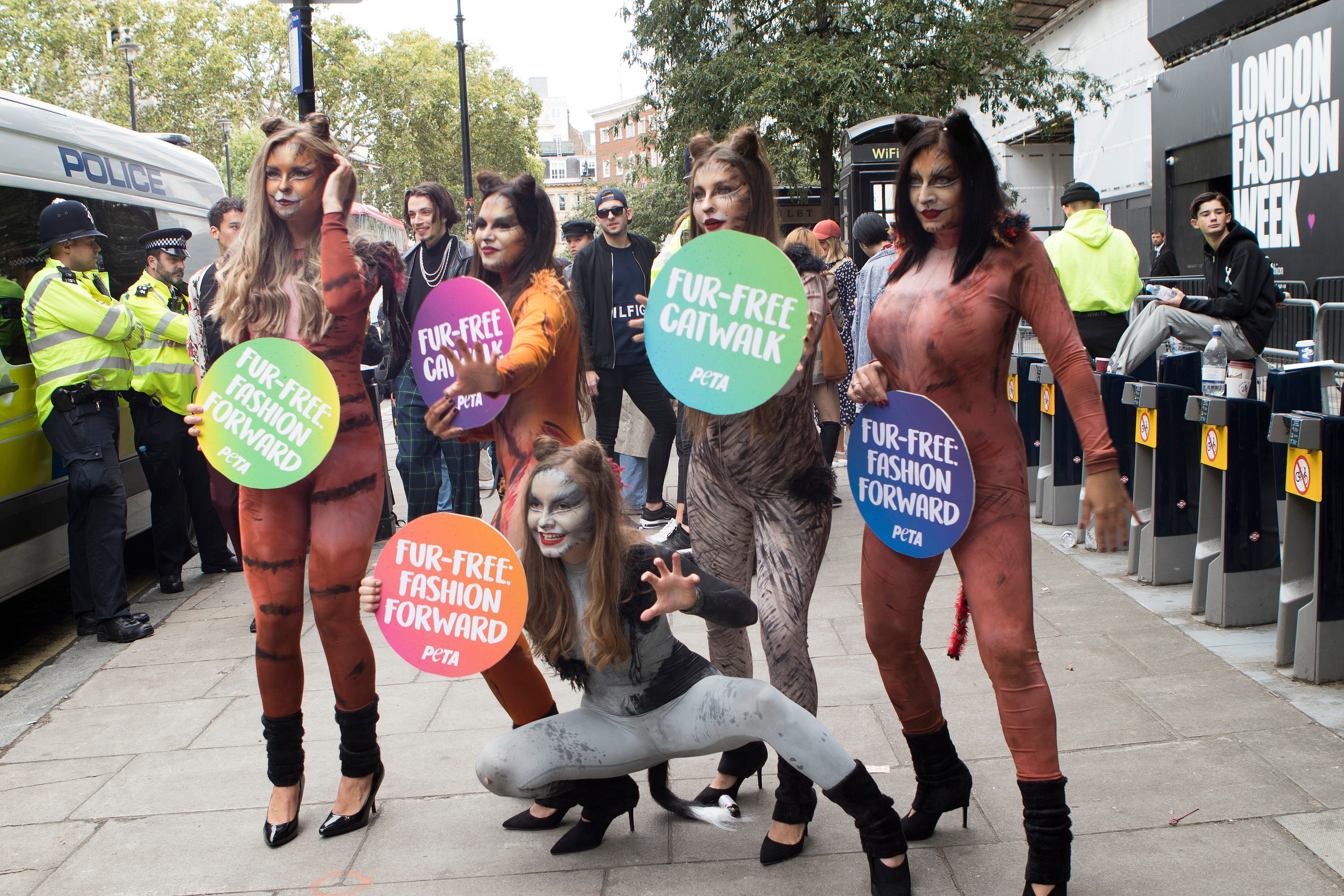 London Fashion Week PETA demonstrators are in cat outfits to celebrate a “No Fur” fashion week in September. Shutterstock/Elena Rostunova

The organization even has a walk-in freezer for corpse freezing purposes according to tax records, Coggin maintains in the letter.

PETA’s animal shelter allegedly killed 1,809 pets at its headquarters in 2017, according to a state report given to the Virginia Department of Agriculture and Consumer Services (VDACS).

“The deceitfully named Center for Consumer Freedom is a front group for, among others, meat enterprises that slaughter billions of animals every year, so its latest attempt to distract from PETA’s animal-saving work is nothing new and it’s no news story,” PETA told The Daily Caller News Foundation in a Thursday email.

PETA also provided TheDCNF with a video about its work.

The group euthanized 1,428 animals in 2016 and placed 44 animals with adoptive families, the government report shows.

The group has euthanized 38,000 animals in the last 20 years, according to the report.