The show Thursday exposes the liberal hypocrisy when it comes to the word police and boycotts. When Mika Brzezinski used a homophobic slur on MSNBC she didn’t even really apologize. We also have a member of Congress lamenting the fact that he can’t regulate speech and the “journalist” interviewing him didn’t bat an eye, knowing she wasn’t who he’d target anyway. And a group of “migrants,” led by an America-hating suspected terrorist, offer to return home if the U.S. gives them $50,000 each.

Michael Cohen, one of the president’s former attorneys, was sentenced to 3 years in prison Wednesday and the media really think this will finally bring about the end of President Donald Trump. They’re wrong, but they’re also not people who let facts stand in the way of a good story. We discuss it all. 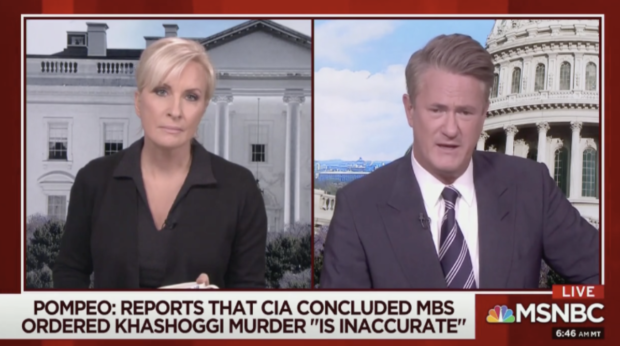 Morning Joe personality Mika Brzezinski questioned the patriotism of Secretary of State Mike Pompeo and wondered if he were “a wannabe dictator’s butt boy” to the president. This homophobic slur was completely ignored at the time, though Brzezinski tweeted a non-apology later in the day.

What was just as bad was how just before Brzezinski’s homophobic remark, “journalist” John Heilemann accused the president of not caring about the murder of Jamal Kashoggi because he thinks he can make money with Saudi Arabia’s Mohammad bin Salman once he leaves office. Heilemann’s assertion wasn’t challenged by anyone either. Just another day on the Peacock network.

The incoming attorney general of the state of New York has promised to investigate the Trump family business and anyone associated with them when she assumes office next month. Not for anything in particular, just for anything at all. She’s going to sniff around until she finds something or cost them a fortune defending themselves against this abuse of power. This fascist declaration barely rated as news to the mainstream media or civil libertarians because they hate Trump that much. 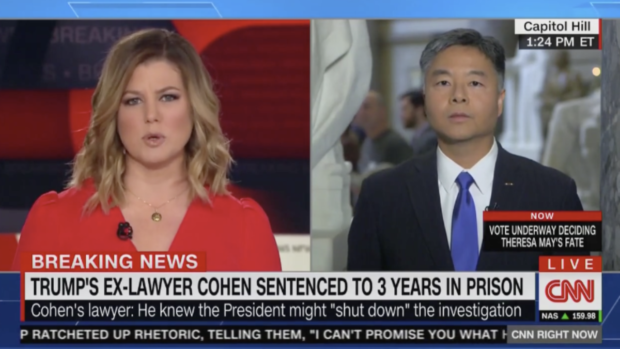 Congressman Ted Lieu wishes he could regulate speech, Nancy Pelosi solidifies her power, and a homeless Muppet moves onto Sesame Street — ignoring the existence of Oscar the Grouch, who has lived in a garbage can there since 1969.

All this and more is discussed on the show today, you don’t want to miss it.

Help spread the word about The Daily Daily Caller Podcast. Please take a minute to rate and review on iTunes, share on social media, and be sure to subscribe so you never miss an episode:

Derek Hunter is a columnist and contributing editor for The Daily Caller and author of “Outrage, INC: How the Liberal Mob Ruined Science, Journalism, and Hollywood” from HarperCollins, available now. Pick Up a copy, or several copies, here. Send compliments and complaints to derek@dailycaller.com or follow him on Twitter at @derekahunter