In an unusual move, the Department of Justice asked the Supreme Court to let President Donald Trump’s administration enforce its ban on transgender military personnel while it litigates legal challenges to the policy in lower courts.

Thursday’s application is the latest in a series of aggressive measures the Trump administration has taken at the Supreme Court.

“It is with great reluctance that we seek such emergency relief in this Court,” the government’s filing reads. “Unfortunately this case is part of a growing trend in which federal district courts, at the behest of particular plaintiffs, have issued nationwide injunctions, typically on a preliminary basis, against major policy initiatives.”

“Such injunctions previously were rare, but in recent years they have become routine,” the filing adds. “In less than two years, federal courts have issued 25 of them, blocking a wide range of significant policies involving national security, national defense, immigration, and domestic issues.”

Two federal appeals courts are currently considering three separate challenges to Trump’s order. The Justice Department broke with normal judicial procedure and asked the Supreme Court to decide on the legality of the trans ban on Nov. 23.

A decision on that petition has not yet been made. Thursday’s petition seeks authorization to enforce the trans ban should the justices reject that bid and send the cases back to lower courts for further proceedings. The government cautioned that it is only seeking a stay should the high court decline to take up the matter at this stage.

Though such requests are not common, government lawyers say it is necessary as a matter of timing. Generally speaking, the high court’s docket for a given term is filled by mid-January. Therefore, if the justices turn down the request to take up the trans cases at this stage, there is practically no chance they will return to the Supreme Court in time to be heard this term. (RELATED: The Supreme Court’s Assault On The Administrative State Has Begun)

As a result, the government could be required to accept trans recruits for another year “a period too long for the military to be forced to maintain a policy that it has determined, in its professional judgment, to be contrary to the nation’s interests,” the filing reads. 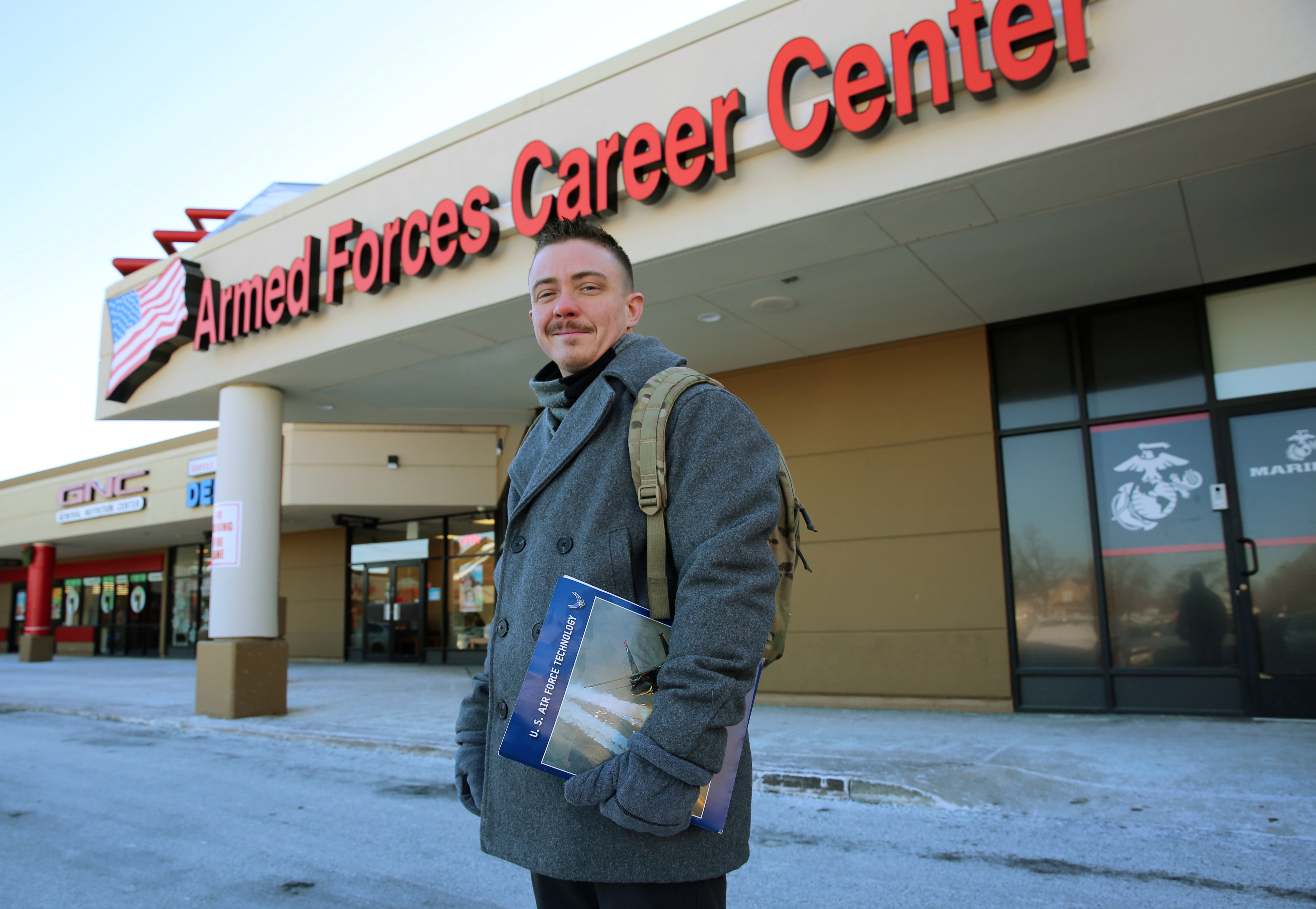 Nicholas Bade, 37, a transgender American who this month can enlist openly in the U.S. military after courts blocked President Donald Trump’s effort to re-establish a ban on transgender service members. REUTERS/Chris Kenning

LGBT groups involved in the litigation have condemned the Justice Department’s assertive tactics.

“It is unconscionable that the Trump administration seems to be in such a rush to discriminate against perfectly qualified soldiers, sailors, marines and air force pilots, and patriotic Americans seeking only to serve their country,” Andy Blevins, executive director at OutServe-SLDN, said when the administration filed its November petition.

The administration’s ban on trans military personnel was challenged almost immediately after it was issued in 2017. Federal judges in Maryland; Washington, D.C., and Washington state issued decisions barring enforcement of the order shortly thereafter.

A decision on Thursday’s application is unlikely before January 2019.