Asian-American parents and civil rights groups filed a lawsuit against New York City officials Thursday over a plan that would increase admissions for black and Hispanic students to elite schools in the city.

The plan promoted by Mayor Bill de Blasio would set aside 20 percent of seats at each of the elite high schools for students coming from low socioeconomic backgrounds, according to WaPo.

De Blasio announced the Discovery Program’s expansion in June, which offers free tutoring to those who missed the cutoff for admissions and a second chance at being accepted, The Wall Street Journal reported.

AACE added some of the schools affected by the plan include Brooklyn Tech, Staten Island Tech and Manhattan’s Stuyvesant High School.

“Furthermore, this costly expansion (estimated at $550,000) is just another futile effort by de Blasio to mask his failures to improve K-8 education in black and Hispanic communities: under his watch, math and English proficiency rates among black and Latino students from grades 3 through 8 are less than 50% of performance levels among Asian and Caucasian American students,” the AACE press statement said.

“Our schools are academically stronger when they reflect the diversity of our City,” New York City’s Department of Education (NYCDOE) spokesman Will Mantell told TheDCNF.(RELATED: Harvard’s Admission Guidelines For The Class Of 2023 Go Into Greater Detail Surrounding Race And Personal Rating)

Plaintiff and parent Yi Fang Chen believes the plan would make it harder for her two sons to get into the elite schools one day, according to WaPo. 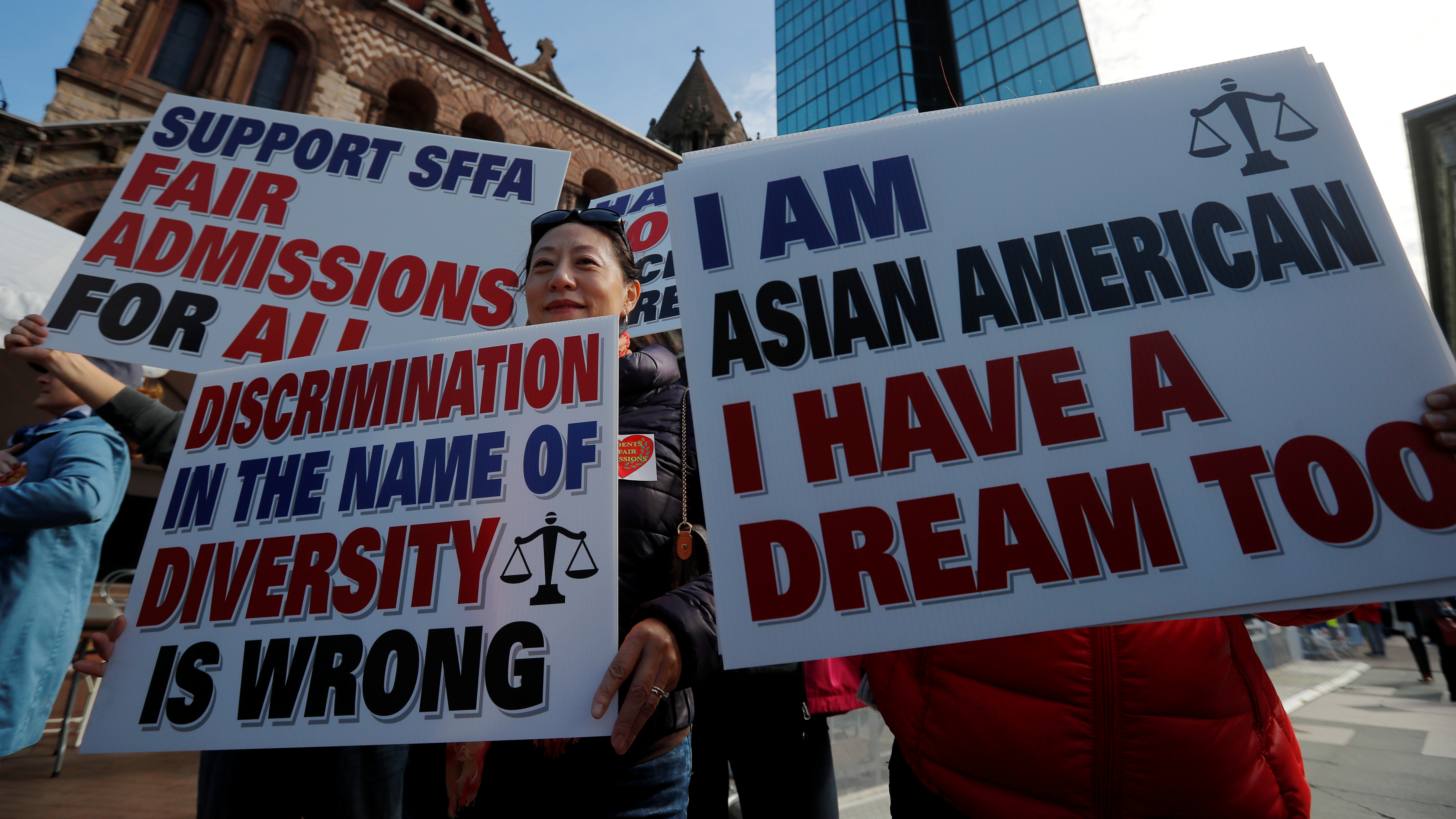 Supporters attend a rally before the Harvard Trials. REUTERS/Brian Snyder

“Diversity is a great thing, but do not lower the standards,” plaintiff Yi Fang Chen said, WaPo reported.

The case is being litigated by California-based group Pacific Legal Foundation. AACE is one of several groups in the lawsuit.