The Irish Parliament gave a final vote of approval on a bill legalizing abortion Thursday, leaving the terminating decision to the Irish president, who supports the bill.

The bill comes months after Ireland voted to erase the constitutional prohibition against abortion in May. The spring referendum vote was a landslide, with 66 percent voting to clear the way for legalized abortion and 33 percent voting to keep the ban. The legalization bill is still far more restrictive than any law found in the U.S., allowing at-will abortions only in the first 12 weeks, according to CNN.

Pro-life advocates in the U.S., meanwhile, are fighting for 20-week bans, and Mississippi — the strictest state in the country — still allows abortions up to 15 weeks. 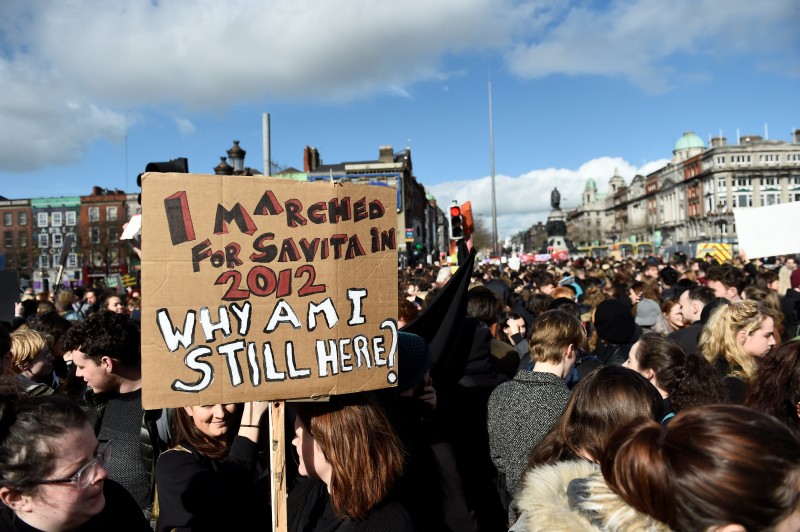 “I want to thank the minority who fought the battle in here when it was convenient for the majority to ignore,” Health Minister Simon Harris said. “But today, I think mostly of the thousands of women who were forced to make the journey to access care that should have been available in their own country.” (RELATED: Here’s How American Pro-Lifers Reacted To Ireland’s Abortion Referendum)

The bill passed through Ireland’s lower house of parliament on Dec. 6, triggering a fiery nine-hour debate in the upper house before the vote. The bill also saw several changes following its introduction in October, including a resolution to review its contents after three years, rather than the five years originally put forward. Mothers will also be able to seek abortions beyond 12 weeks in the case of a fatal fetal abnormality or if the pregnancy is life-threatening.

Just over 200 days ago, you, the people of Ireland voted to repeal the 8th so we could care for women with compassion. Today we have passed the law to make this a reality. A vote to end lonely journeys, end the stigma and support women’s choices in our own country

An estimated 3,000 Irish women previously traveled to Britain each year to get abortions. Northern Ireland, meanwhile, has maintained its abortion ban.