“Morning Joe” host Mika Brzezinski apologized Friday for using homophobic language to attack Secretary of State Mike Pompeo. But she left the target of her attack out of the apology altogether.

Brzezinski was apologizing for comments made on Wednesday’s show, when she responded to Pompeo’s defense of the U.S.’s continued relationship with Saudi Arabia by asking, “Are the pathetic deflections that we just heard when he appeared on Fox and Friends, is that a patriot speaking, or a wannabe dictator’s butt boy?”

On Friday, after taking a day off for a family matter, Brzezinski went to great lengths to omit Pompeo from her on-air apology. (RELATED: MSNBC’s Mika Apologizes For ‘Crass And Offensive’ ‘Butt-Boy’ Comments About Pompeo) 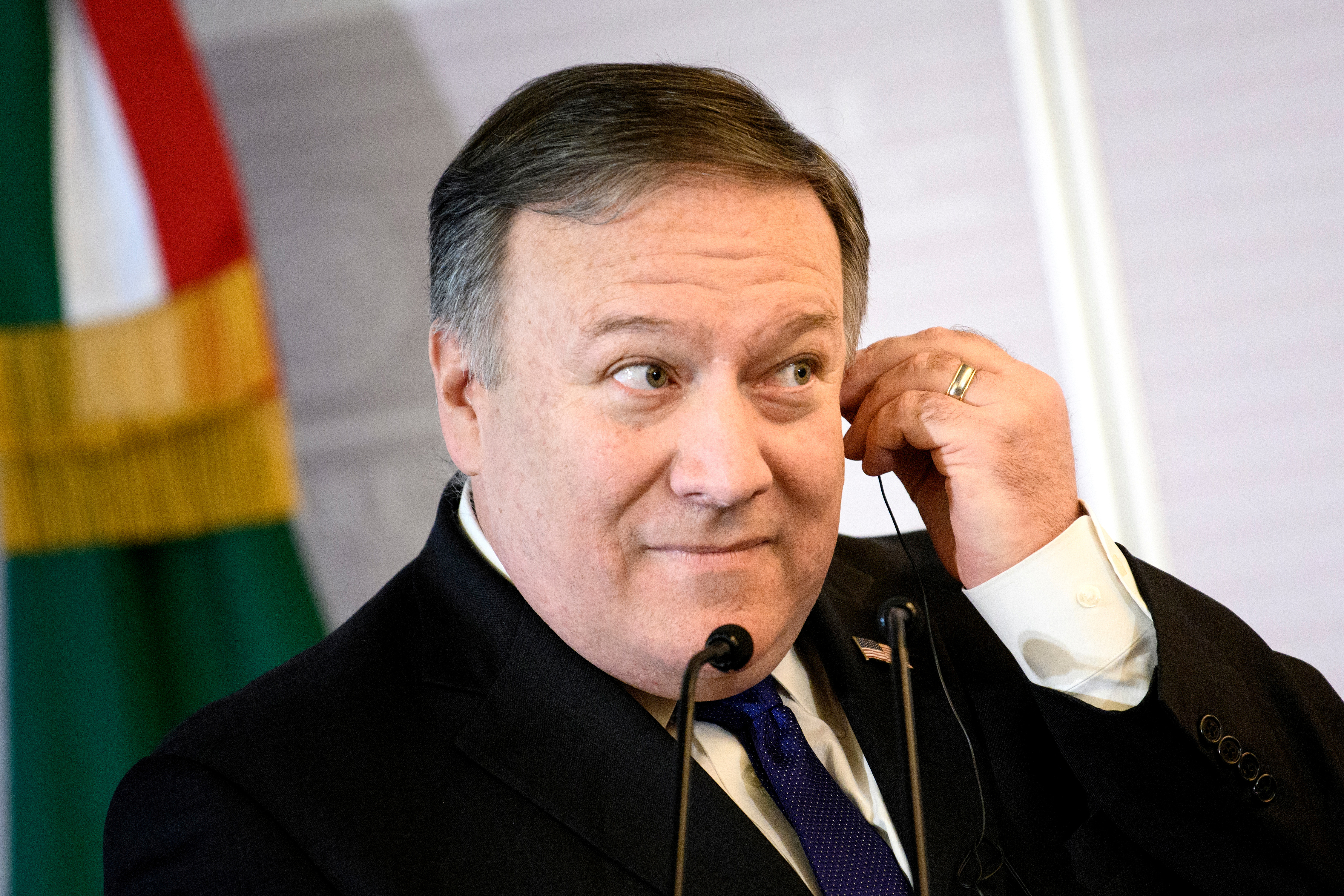 US Secretary of State Mike Pompeo listens to an interpretation of Mexico’s Foreign Affairs Minister Luis Videgaray Caso during a news conference at the Ministry of Foreign Affairs in Mexico City, Mexico October 19, 2018 Brendan Smialowski/Pool

She apologized for her word choice.

“I wanted to address a term that I used on this show on Wednesday that was vulgar. I knew it right away and I tweeted that it was a terrible choice of words and that I was sorry.”

She apologized to the LGBTQ community (and her colleagues).

“The term is crass and offensive and I apologize to everyone, especially the LGBTQ community and to my colleagues for using it.”

She apologized to her father.

“It was a mistake. My father would have found it so unbecoming and disrespectful and he would have told me. I will work hard to be better.”

And she apologized to the viewers.

“I just wanted to say on camera, looking the viewers straight in the eye, I am really, really sorry.”

At no point did Brzezinski offer any sort of apology to Pompeo — even her tweeted apology, posted on Thursday, was for using an offensive term along with suggestions of other terms she could have used instead to insult Pompeo without offending anyone else.

Totally agree with you -SUPER BAD choice of words .. I should have said “water boy”… like for football teams or something like that.. apologize to @SenatorDurbin too! SO SORRY! https://t.co/zIqsGdK3Tk

President Donald Trump — and a number of others — called Brzezinski out, noting that if she had been conservative she probably would have been fired before she had the chance to issue an on-air apology.

“If it was a Conservative that said what ‘crazed’ Mika Brzezinski stated on her show yesterday, using a certain horrible term, that person would be banned permanently from television,” the president tweeted, adding that he believed Brzezinski would probably “get a pass.”