Some people have some strange ideas for how jolly old St. Nick should be “modernized,” according to a recent survey.

In response to the question, “If you could ‘rebrand’ Santa for modern society, what gender would he be?” over 25 percent of individuals polled online by the graphic design company GraphicSprings answered “female” or “gender-neutral.”

“Respondents ranged from age 18 to 65+ and were based in both the [United States] and the U.K.,” GraphicSprings said in its survey results. “We used Google surveys and gathered responses during October and November 2018.” (RELATED: That Pastor Who Screamed At Little Kids ‘Santa Isn’t Real’ Is Back) 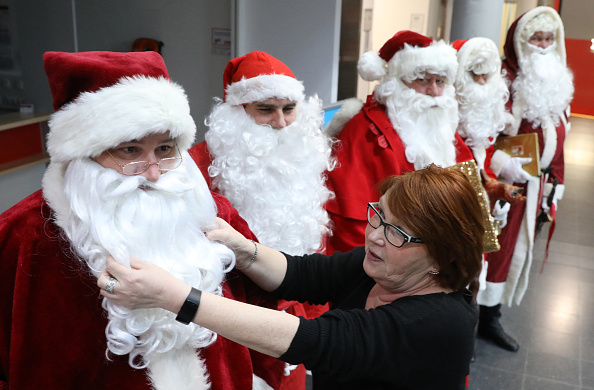 The purpose of the survey was to determine how respondents believed Santa should be changed to appear trendier. The results further explained that 4,000 people voted on choices derived from an original survey of 400 people. The company then created a visual graphic to depict the winning results. (RELATED: America’s Biggest Mall Gets Its First Black Santa)

Best guess at what a “modern” Santa would look like according to a survey conducted by @GraphicSprings pic.twitter.com/kuOCHjsDHD

Among the other highest-polling suggestions for Santa included wearing sneakers (25 percent), using an iPhone (23 percent), traveling in a flying car (22 percent) and using Amazon Prime (23 percent). Others claimed he should “have tattoos,” “go on a diet” and “get a new hairstyle.”

The vast majority of those asked, however, believed that Santa Claus should remain just how he is.