If you’ve been paying at least moderate attention, you’d have noticed that the tidal wave of criticism and scrutiny over Congresswoman-elect Alexandria Ocasio-Cortez among conservatives has just the slightest tinge of agreement.

It should be strange to no one: Immigration hawks love pointing out how Sen. Bernie Sanders of Vermont, as recently as 2015, felt about how open borders affects unskilled labor (to its detriment). Sanders is no less an avowed socialist as Ocasio-Cortez, yet for her part, the point of agreement among conservatives appears to be big tech’s cozying up to American power-centers.

All it took was one big Amazon deal. (RELATED: These Are The Craziest Offers Cities And States Made To Attract Amazon HQ2)

After local governments countrywide spent months stooping as low as they could for CEO Jeff Bezos, the tech behemoth officially announced in November the location of their new headquarters in New York and D.C. New York in particular offered billions in subsidies and tax breaks to the e-commerce company.

Ocasio-Cortez, the state’s star politician to be, was having none of it.

While there isn’t enough money for hot water in NYCHA, we’re giving $3 billion away to Amazon.

“What we’re seeing here is a complete public cost for a private corporate benefit.” https://t.co/kXimyE5RRi

Ocasio-Cortez is often the butt of jokes in conservative circles for her perceived lack of policy knowledge and energetic personality, but on this issue she found herself allied with a few prominent leaders in the conservative movement. (RELATED: Ocasio-Cortez Tries To Raid Pentagon’s ‘Undocumented’ Funds To Cover Medicare For All)

Fox News host Tucker Carlson praised Ocasio-Cortez’s criticism of the company on his nightly show shortly after the deal was announced. 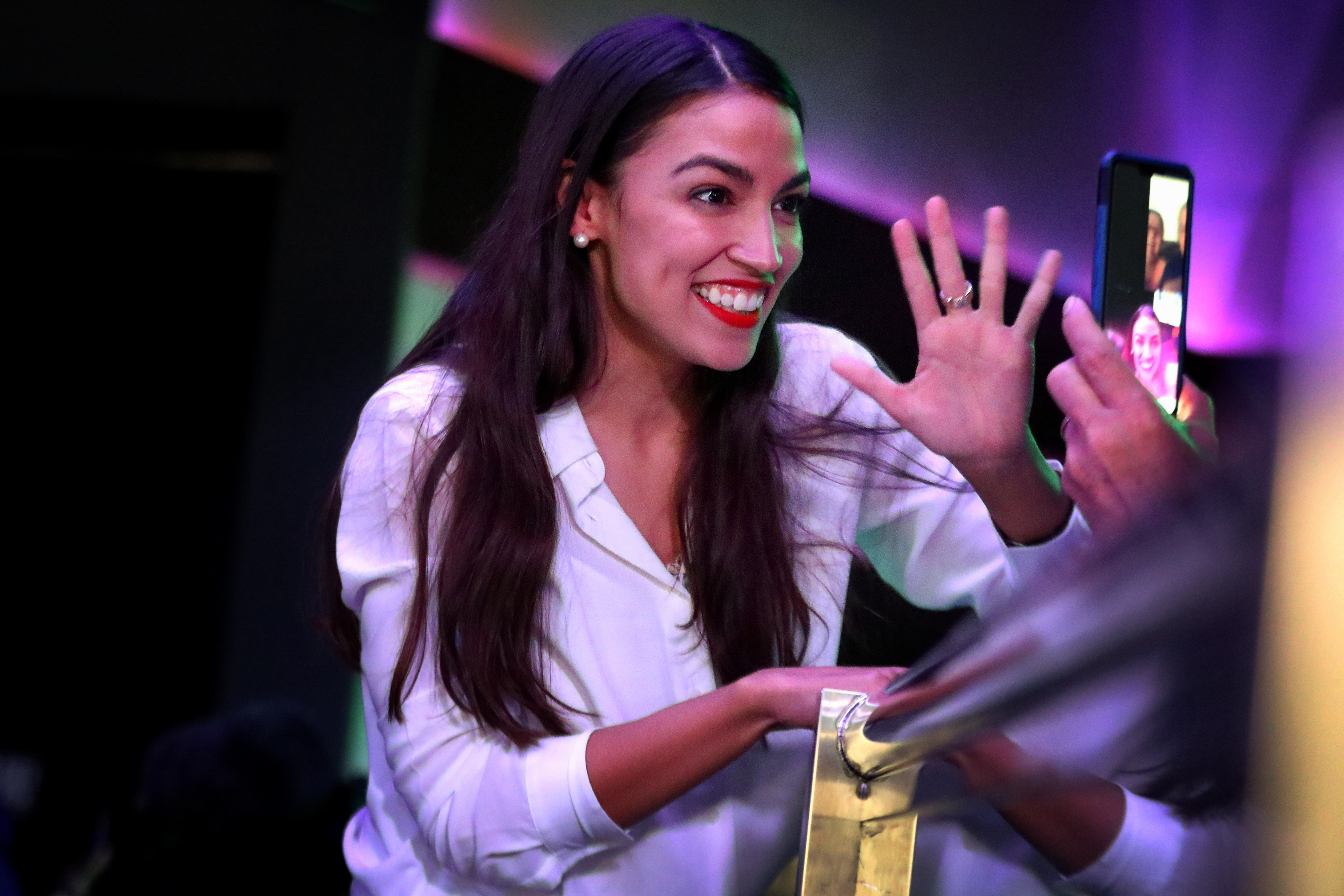 The issue united socialists who resent handouts to wealthy elites and conservatives skeptical of big tech, who recoil from government picking winners and losers at the expense of taxpayers and small businesses.

“I hate to admit but (Ocasio-Cortez) has a very good point,” Carlson said. “That’s the only time I’ve agreed with Alexandria Ocasio-Cortez. The richest man in the world just got $2 billion in taxpayer subsidies. How does that work?”

Anti-wall street and anti-big business populism has been emerging on both ends of the political spectrum for more than a decade, since government leaders essentially decided to bail-out those at the center of the 2008 housing crisis — the most recent, most prominent example of how government involvement with corporate, monied interests left the little guy high and dry.

The “Tea Party” movement began in late 2008 as a conservative grassroots backlash following a $700 billion dollar bailout of the financial services industry. The protests only accelerated following the Obama stimulus package, leading to a historic “red wave” in the 2010 midterms.

Members from the Occupy Wall Street movement carry signs and banners as they march down Broadway during a May Day demonstration in New York, May 1, 2012. REUTERS/Lucas Jackson (UNITED STATES – Tags: CIVIL UNREST BUSINESS POLITICS) – GM1E8520P5L01

A few years later, the “Occupy Wall Street” movement took hold, with leftist protesters camping out on Wall Street in New York City in protests similar in spirit to the Tea Party Patriots. While both groups had differing views on the role of government, their dissatisfaction came from the same place, and their targets were the same.

While each group has since receded, the general animus toward big business, trade and big tech has only grown in recent years. It’s probably fair to say that Alexandria Ocasio-Cortez has tapped into some of the same dissatisfaction that fueled Donald Trump’s campaign.

Aaron Renn, a senior fellow at the Manhattan Institute, points out how Americans, in general, are sick of billion-dollar companies squeezing taxpayers.

“Amazon is famous for figuring out how to extract large amount of subsidies from communities,” Renn told The Daily Caller. “It’s not the way that the situation is supposed to work.”

Renn said the difference between himself and progressives like Ocasio-Cortez and Bernie Sanders is that he puts the majority of the blame for these problems on the government instead of the companies.

“I’m not opposed to Amazon as a company,” Renn said. “We just shouldn’t be giving them a leg up at the expense of everybody else.”

The Federalist’s Bre Payton is another critic of the Amazon deal. Payton believes that the government shouldn’t be in the business of picking winners and losers.

“Amazon is a huge company that exploited cities in order to get a special tax break,” Payton told The Daily Caller. “As citizens, we all deserve equal treatment in the eyes of the law, and that includes the tax code.”

Opposition to corporate welfare has always been a rare issue that unites grassroots activists of all political stripes, often people who are diametrically opposed on almost every other issue. (RELATED: Thousands Of Amazon Workers In Europe Spend Black Friday On Strike)

“There shouldn’t be a special carve-outs and incentives for certain companies,” Payton said. “It’s discouraging for other businesses that will never get special treatment.”

Another critic of the deal is conservative writer Veronique de Rugy, who wrote about her opposition in National Review shortly after it was announced and believes that corporate welfare is something conservatives should almost always oppose.

“There has been an increased awareness of cronyism among free-market supporters,” de Rugy told The Daily Caller. “(Ocasio-Cortez) is more the exception in her party than conservatives in theirs.”

De Rugy rails against corporate subsidies as hurting competition at the expense of small businesses.

“All these government privileges are meant to exclude competition,” de Rugy said. “So many companies’ business models are dependent on government subsidies.”

According to De Rugy, the Amazon deal is a prime example of government reliance.

“They played the system,” she said of the company whose market cap hit $1 trillion in early 2018. “It’s the ability of the government to distribute grants that is at the core of this behavior.”

Perhaps the strange allure of Ocasio-Cortez to some conservatives has to do with a shared disdain of business-as-usual and establishment politicians, not just in Washington D.C., but all over the country.

In response to criticism, New York Democratic Governor Andrew Cuomo ripped “extreme conservatives” and socialists for opposing his agreement with Amazon, in what some saw as a shot at Ocasio-Cortez for allying herself with folks on the political right who oppose the deal. (RELATED: Protesters Storm Amazon Store In New York)