An estimated 2,400 Amazon employees went on strike in Europe, according to trade union UNI Global, but numbers may be even higher than the labor organization anticipated, reported Business Insider.

These amazon workers from around the globe have come together with one message for Jeff Bezos. We are not robots, treat us with dignity and respect.

Off-duty Amazon employees are demonstrating in the United Kingdom, too, reported Business Insider. Trade organization GMB created a “We are not robots” campaign and published a video of Amazon staff saying the phrase in five languages. “Inhuman” warehouse conditions sparked protests in the U.K., GMB said according to Business Insider.

Ninety percent of workers at an Amazon logistics center near Madrid participated in a walkout Friday, reported The Associated Press. Unions reported that 1,600 Amazon workers throughout Spain went on strike Friday, according to Business Insider. (RELATED: Amazon U? State School Says Its Agreement To Build Campus Near New Amazon HQ Swayed Amazon)

“[Black Friday] is one of the days that Amazon has most sales, and these are days when we can hurt more and make ourselves be heard because the company has not listened to us and does not want to reach any agreement,” Eduardo Hernandez, an Amazon employee of five years, told The Associated Press while striking in Spain.

Black Friday is thought of as a typically American shopping event, but the almost-holiday has been growing in Europe. It is the “busiest shopping day before Christmas” in the U.K., according to the Daily Mail. 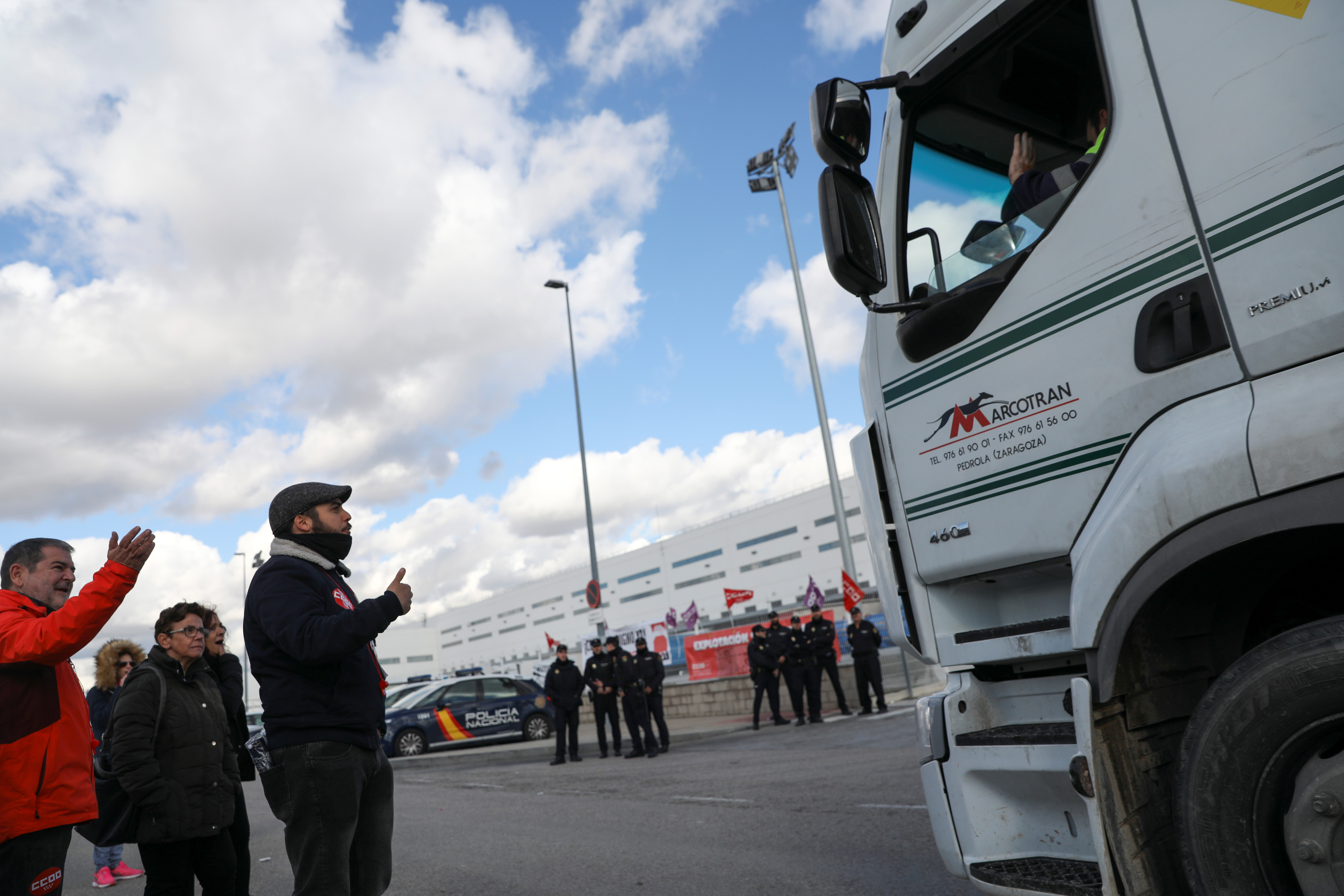 Pickets gesture to a truck driver outside an Amazon fulfillment center during a strike in San Fernando de Henares near Madrid, Spain, Nov. 23, 2018. REUTERS/Susana Vera 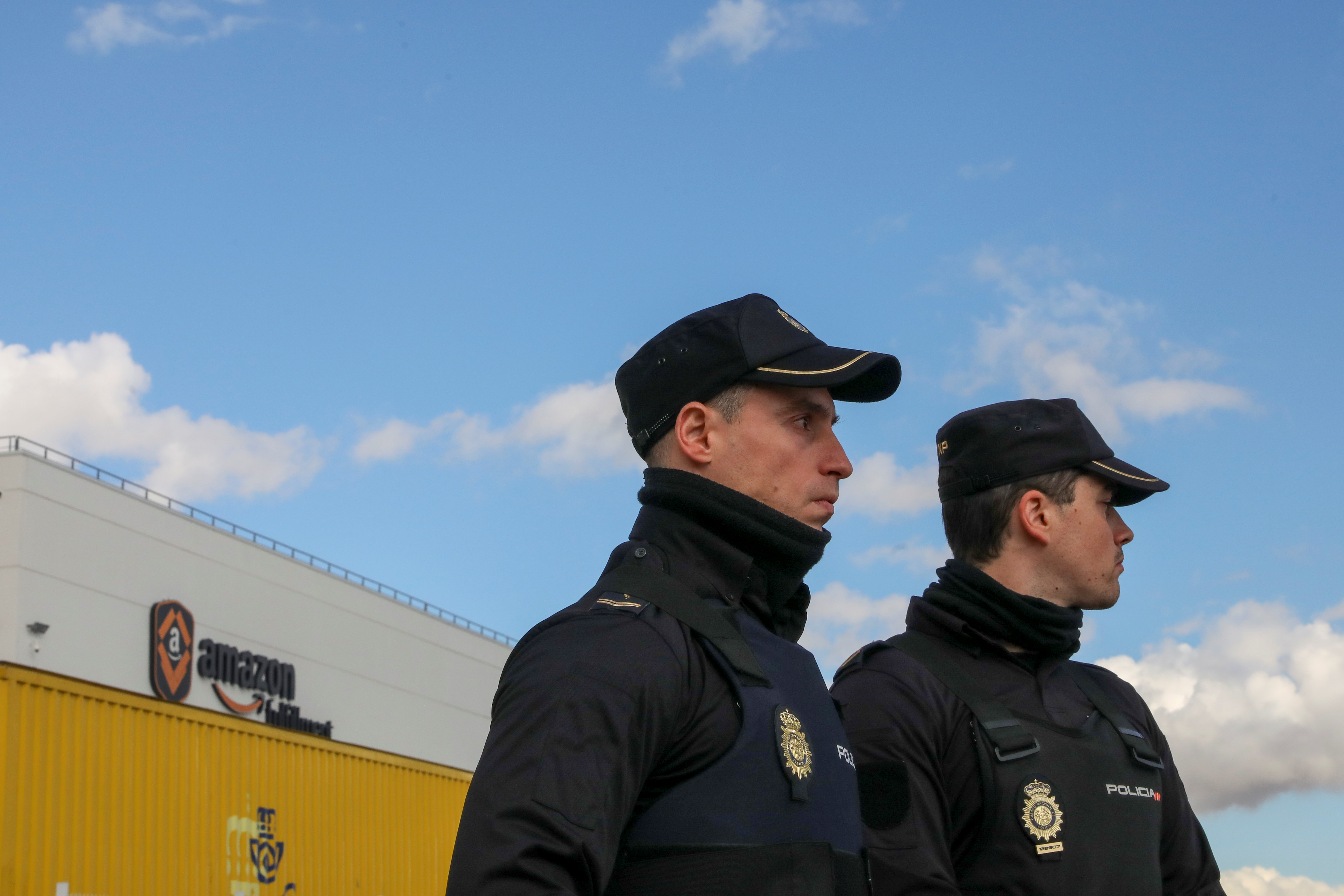 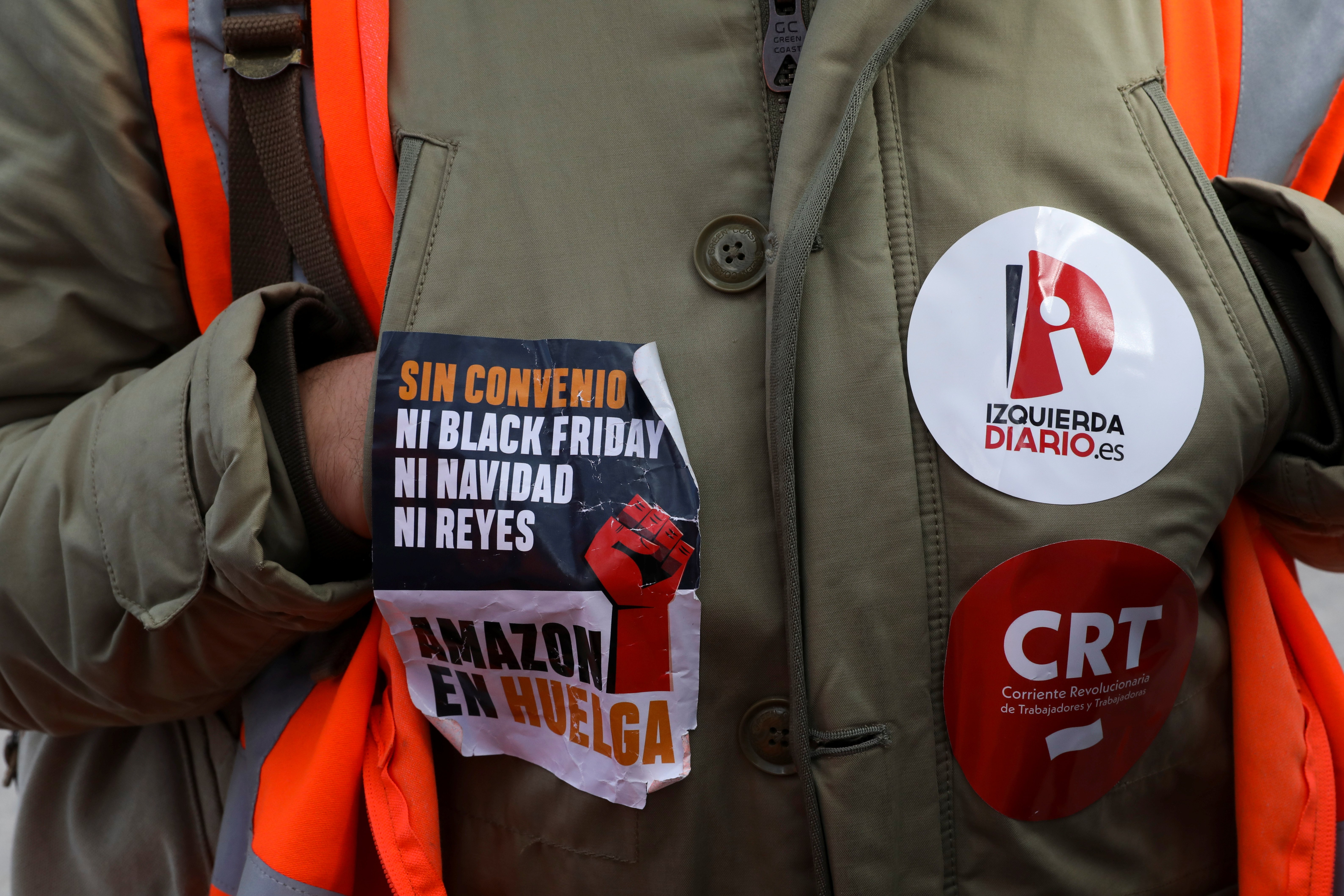 A picket wears stickers related to the strike outside the entrance of an Amazon fulfillment center in San Fernando de Henares near Madrid, Spain, Nov. 23, 2018. REUTERS/Susana Vera

All of our sites are safe places to work and reports to the contrary are simply wrong. According to the UK Government’s Health and Safety Executive, Amazon has over 40 percent fewer injuries on average than other transportation and warehousing companies in the UK. We encourage everyone to compare our pay, benefits, and working conditions to others and come see for yourself on one of the public tours we offer every day at our centers across the UK.

GMB, the group that organized demonstrations in the U.K., cited 115 ambulance visits to a single Amazon depot in three years as one of its concerns about worker safety. (RELATED: These Are The Craziest Offers Cities And States Made To Attract Amazon HQ2)

Amazon workers in the U.S. have also complained of poor working conditions, like 15 to 20 minute lunch breaks for a more than 10-hour work day.

Amazon dominated the news in November after the company officially announced it will be spending more than $5 billion to split its new headquarters between two locations in New York and northern Virginia.