President Donald Trump wished his former national security advisor Mike Flynn luck in court as he is set to be sentenced after pleading guilty to lying to the FBI, in a Tuesday morning tweet.

Good luck today in court to General Michael Flynn. Will be interesting to see what he has to say, despite tremendous pressure being put on him, about Russian Collusion in our great and, obviously, highly successful political campaign. There was no Collusion!

Flynn’s lawyers maintain that the case against him was brought with malice by the FBI, which was attempting to trap him into perjuring himself. Flynn’s guilty plea to special counsel Robert Mueller was in exchange for cooperation with the special counsel’s investigation to avoid other charges. Flynn’s lobbyist associates for the government of Turkey predating his work as national security advisor were charged Monday.

Mueller’s team released a summary of the FBI’s initial interactions with Flynn, during which they say he lied to the FBI. Mueller’s critics say that Flynn was deceived by FBI agents into not understanding the gravity of his conversation and that he was goaded into perjuring himself in order to use it against him as leverage. 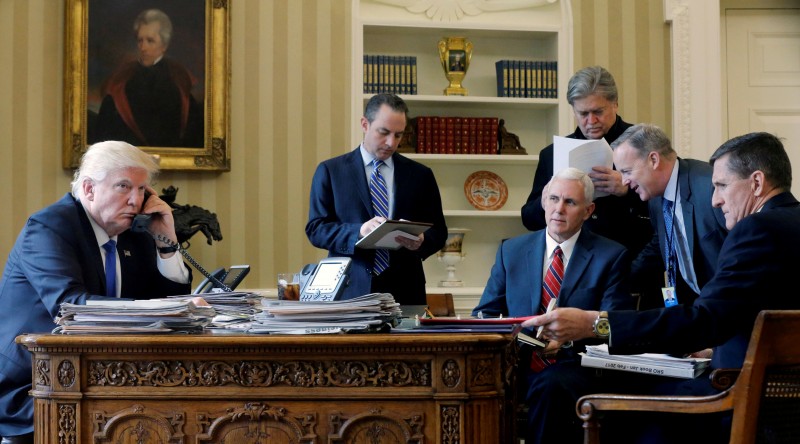 Trump has defended his former national security advisor in recent days, telling Fox News Thursday, “they took a general that they say didn’t lie, and they convinced them that he did lie, made some kind of a deal. Now they are recommending no time. You know why? Them they are embarrassed that they got caught.”

The president has also tweeted previously about this case, saying:

They gave General Flynn a great deal because they were embarrassed by the way he was treated – the FBI said he didn’t lie and they overrode the FBI. They want to scare everybody into making up stories that are not true by catching them in the smallest of misstatements. Sad!……