Donald Trump Jr. responded Wednesday to Democratic Rep.-elect Alexandria Ocasio-Cortez after she criticized Washington, D.C., news reports for not having enough reliable sources on a story about her and Democratic New York Rep. Hakeem Jeffries.

The New York Democratic socialist said a day earlier that “one disappointment about DC [sic] is the gossip that masquerades as ‘reporting.'” Ocasio-Cortez was referring to an article published by Politico, which reported that she is seeking a primary challenge against Jeffries in 2020.

“This story has: – Not a SINGLE named or verifiable source – Only ONE on-the-record comment, which is a denial,” Ocasio-Cortez tweeted on Tuesday. “My dad had a name for junk articles like this: ‘Birdcage lining.'” (RELATED: Chip Roy Criticizes Republicans For Focusing On Ocasio-Cortez And Not Their Constituents)

Trump, a frequent target of what has been popularized as “fake news,” responded to congresswoman-elect tweeting “welcome to our world.”

“You think that’s bad?” Trump continued. “Imagine what it’s like when they actually hate you.”

Welcome to our world… You think that’s bad? Imagine what it’s like when they actually hate you. https://t.co/YQ99UU5pHB

Major broadcast networks air negative news coverage on Trump and his family. In October, a study conducted by the Media Research Center (MRC) found that President Donald Trump received 92 percent negative coverage during the summer of 2018. The data from that time period was consistent with MRC’s past reports. 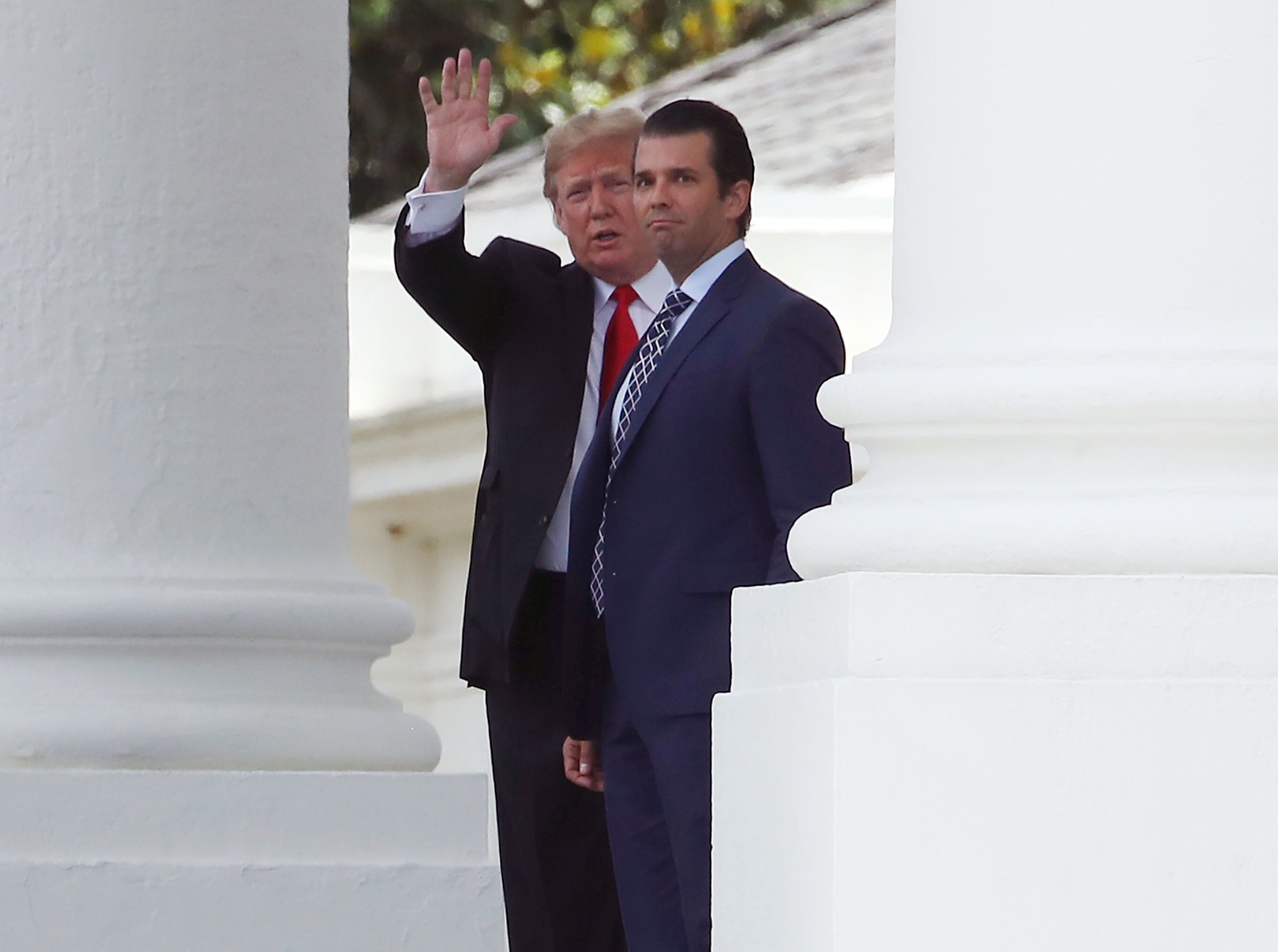 President Donald Trump and his son Donald Trump Jr. walk out of the White House while departing on a trip to Wyoming to attend a Make America Great (Mark Wilson/Getty Images)

This is not the first time that the duo have traded barbs. In early December, there were multiple calls for an ethics investigation into Ocasio-Cortez after she threatened Trump with a subpoena for posing a meme that mocked her socialist policy prescriptions.