The death toll from a tsunami that struck the coastal islands of Indonesia surpassed 370 Monday as rescuers continue searching for survivors who were left blindsided Saturday night by the fast-moving wave.

More than 120 people are missing, and another 1,400 were injured when the wave bulled through the islands of Java and Sumatra. The Anak Krakatau volcano erupted Saturday in the Sunda Strait and triggered an underwater landslide, which resulted in the mass tsunami.

“The landslide was analyzed, and the magnitude of the tremor was 3.4 from our analysis,” Indonesia’s Meteorology, Climatology and Geophysics Agency Director Dwikorita Karnawati said during a news conference Monday.

Aerial footage shows thick plume of smoke and ash above the Anak Krakatau volcano after its eruption was believed to have triggered a tsunami that has killed hundreds of people in Indonesia. https://t.co/8n9dEgccMo pic.twitter.com/37umqNRgEf

“Our sensors can give early-warning signs based on tectonic quakes, because more than 90 percent of the tsunamis in Indonesia are caused by tectonic quakes,” Karnawati said. “When our sensors go off, we can give a warning within a maximum of five minutes.” 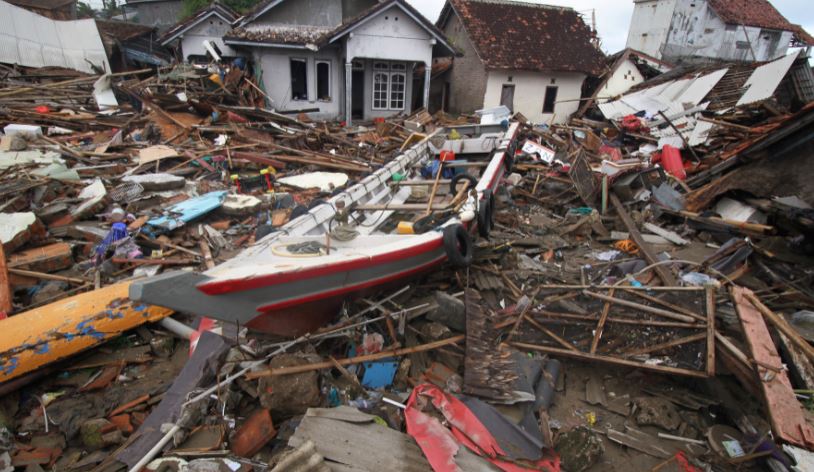 A stranded boat is seen among debris after a tsunami hit at Sumur district in Pandeglang, Banten province, Indonesia, Dec. 24, 2018 in this photo taken by Antara Foto. Antara Foto/Aurora Rinjani/ via REUTERS 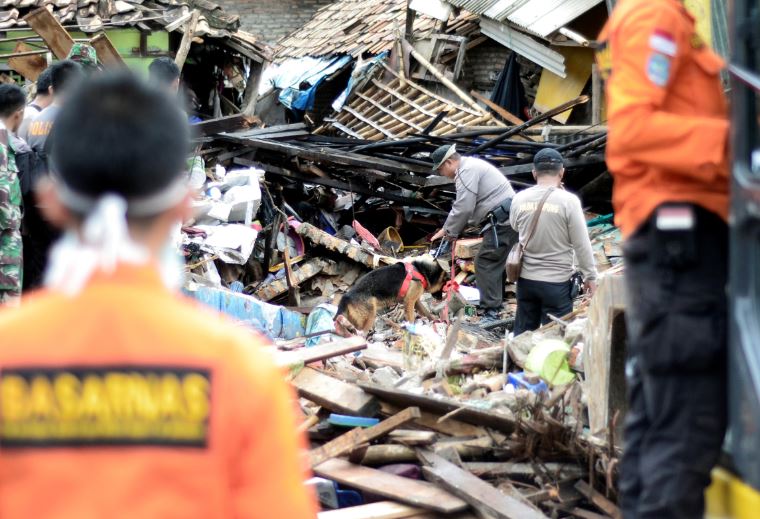 Indonesian policemen search for victims among debris after a tsunami hit at Kalianda in South Lampung, Indonesia, Dec. 24, 2018 in this photo taken by Antara Foto. Antara Foto/Ardiansyah/ via REUTERS 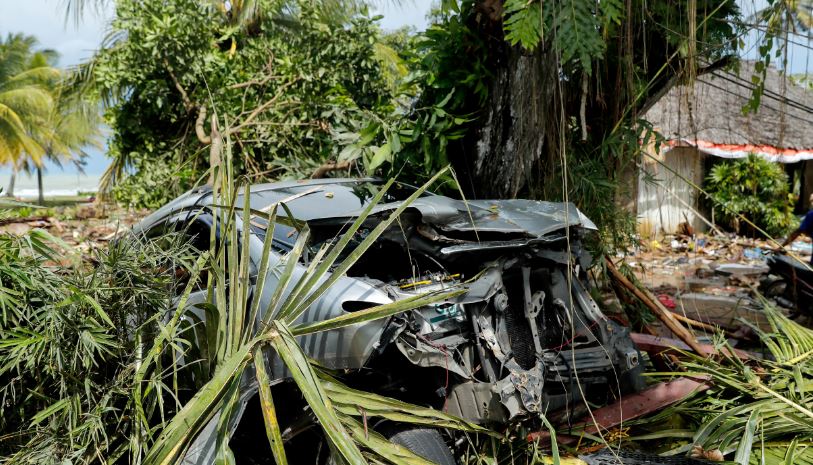 Indonesia is a vast stretch of islands that lies at the margins of the Pacific Ocean where an intersection of large layers of the Earth’s crust causes frequent earthquakes and volcanic eruptions. The island’s warning system is ill-equipped to deal with volcanoes as 90 percent of the island’s tsunamis stem from earthquakes.

Saturday’s disaster puts an exclamation point on an awful year for Indonesia. It was the second tsunami in Indonesia in 2018, capping what will be a devastating year for the Asian country, with earthquakes, floods, fires and an airline crash combining to kill more than 4,500 people.

Nearly 400 people were killed after an earthquake caused a tsunami on the island in September. That was a month after at least 91 people died from a magnitude 7.0 earthquake that hit the Indonesian island of Lombok in August, Indonesian officials said at the time. The U.S. Geological Survey estimated that the earthquake occurred about 6.5 miles inland.