Two Vietnamese tourists and an Egyptian tour guide were killed when their bus was caught in a bomb blast near the Giza Pyramids in Egypt Friday.

The bomb was concealed by a wall and injured 11 other tourists, who were also visiting from Vietnam, Egyptian officials said according to BBC.

The bombing was the first attack to harm foreign tourists in Egypt in nearly two years, reported CBS News. Tourism is a huge sector of the Egyptian economy but has suffered since the Arab Spring in 2010. (RELATED: Iraqi Cleric Who Called US A ‘Great Serpent’ Is Mad He Didn’t Get Advance Notice Of Trump’s Christmas Visit)

The bombing will likely result in tightened security around churches ahead of New Year’s Eve and Christmas celebrations by members of the Coptic Orthodox Church, Egypt’s main denomination of Christianity, reported CBS News. 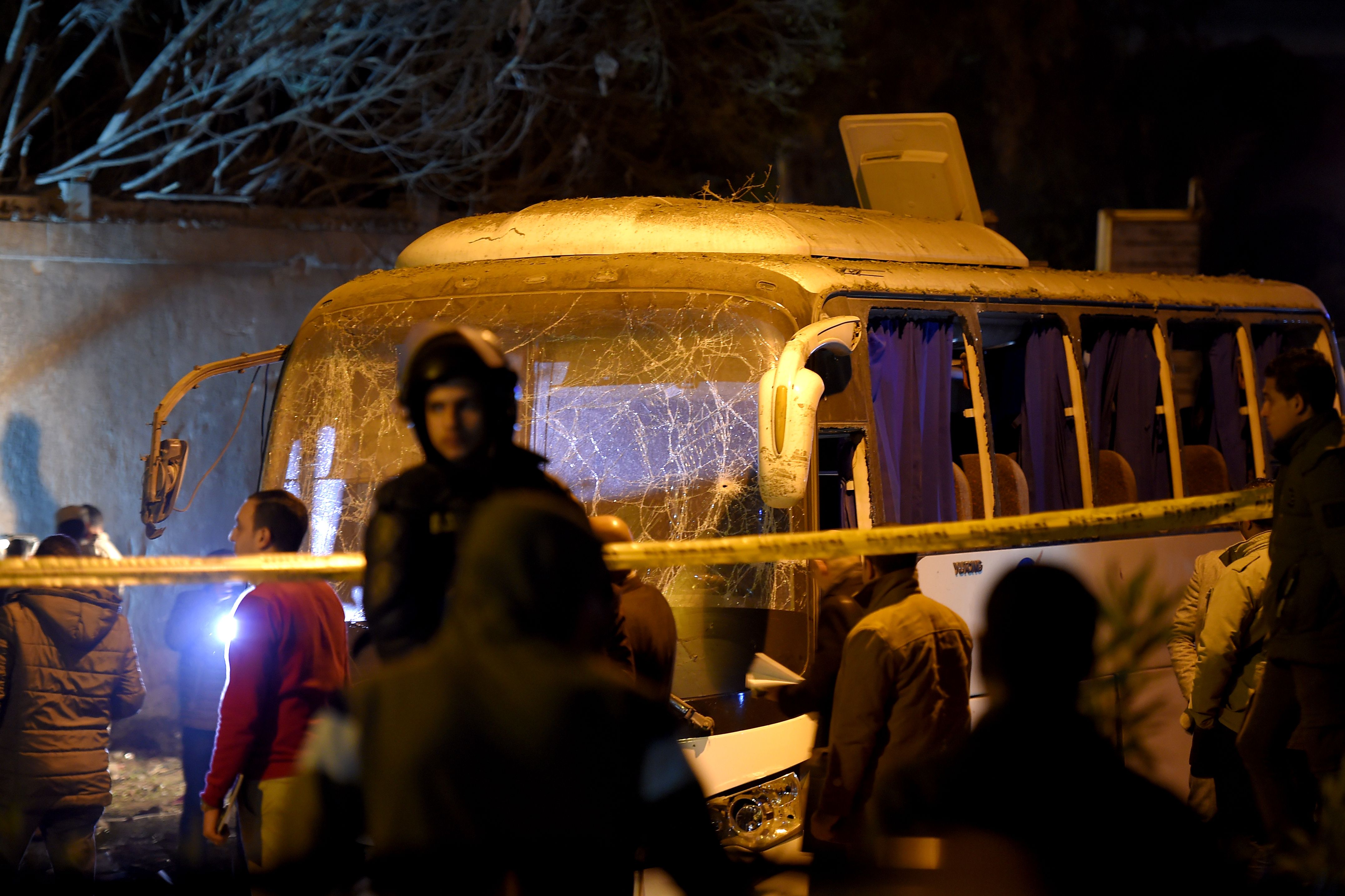 This picture taken on Dec. 28, 2018 shows a view of a tourist bus that was attacked in Giza province south of the Egyptian capital Cairo. (MOHAMED EL-SHAHED/AFP/Getty Images)

Islamic State militants claimed responsibility for killing at least seven Coptic Christians who were traveling to a monastery in Egypt on Nov. 2. The Egyptian government claimed its security forces killed the militants in a shootout days later.

Egyptian authorities sentenced a man accused of supporting ISIS to death on Nov. 16 for the 2017 murder of a Christian doctor in Cairo.