America’s heroin and cocaine addicts are turning to test strips in the search to combat the increasing rate fatal, fentanyl-induced overdoses.

Fentanyl is a synthetic opioid potent enough to kill an adult male with just two milligrams, or land someone in the hospital if a fan so much as blows it on them. If a heroin addict unknowingly purchases fentanyl-laced product, he will likely overdose. This reality has lead to massive increases in fatal overdose deaths across the country since 2016, but new test strips can allow addicts and doctors to verify easily that their drugs are free of fentanyl before using, The Wall Street Journal reported Monday.

“This is an effective way to have people thinking about risks,” Louise Vincent, executive director of the Greensboro, N.C., chapter of the advocacy group Urban Survivors Union, told WSJ. “It’s so important to give people as many tools as we can.” (RELATED: Fentanyl Exposure At Ohio Prison Lands 27 Workers In Hospital)

States such as California and Rhode Island have been distributing the tests for nearly two years, with several cities in Ohio, Maryland and Pennsylvania following suit. The strips work much like pregnancy tests, requiring users to dip them in water mixed with tiny amounts of heroin or cocaine. The strip will typically display a result within a minute — one line if fentanyl is present, and two if it is not, according to WSJ. 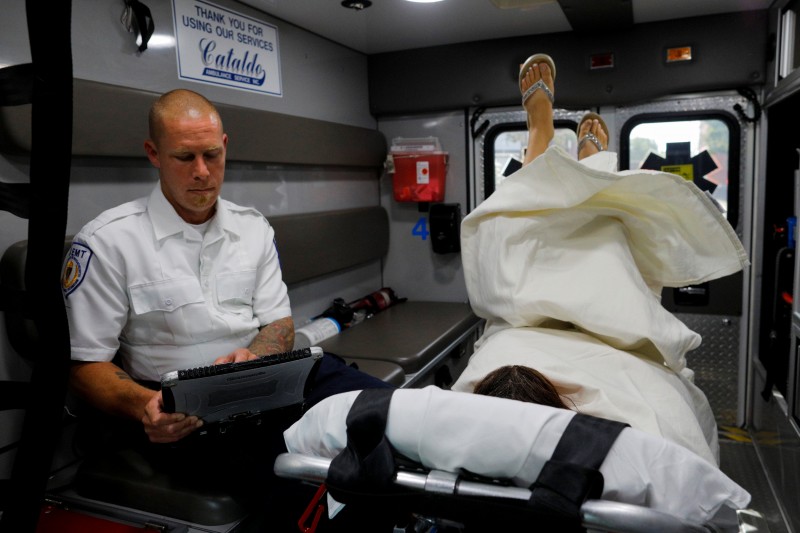 The tests can work as a cheaper and safer solution to overdoses than Narcan, an injection carried by many law enforcement officers that can quickly stabilize someone who has overdosed. Demand for the overdose-reversal drug has expanded its availability to more and more first responders, from ambulance teams to firefighters.

Nearly 30,000 Americans fatally overdosed on synthetic opioids like fentanyl in 2017, roughly double that of heroin, according to national statistics.