The steady decline of the U.S. coal industry is dragging down operations in the country’s biggest coal-producing region: the Powder River Basin.

Spread across southeast Montana and northeast Wyoming, the Powder River Basin is geographically the country’s largest coal basin and its most productive. The Powder River Basin — where developers are able to operate more efficiently than other coal regions — churns out around 40 percent all U.S. coal.

However, the downturn of the coal industry has taken its toll even here.

Coal production in the Powder River Basin dropped by one-third between 2008 and 2017. There does not appear to be a turnaround in the immediate future. The region is expected to churn out 338 millions tons of coal by the end of 2018. Analysts are projecting that number to plummet to 329 billion tons — or even 315 million tons — in 2019.

Major mining companies that have a presence in the Montana-Wyoming region are now pulling back operations, cutting staff and benefits.

“We’ve seen in the last few years, especially with the amount of gas coming online and fuel switching, that’s biting into our customer base,” Travis Deti, the executive director of the Wyoming Mining Association, said to The Wall Street Journal. “That remains a concern for the future.”

What’s happening in the Powder River Basin is indicative of what’s taking place across the country. The number of U.S. coal-fired generators dropped 36 percent from 2007 to 2017, according to the Energy Information Administration, removing around 55 gigawatts of coal-generated electricity. A total of 27 coal-fired plants announced early retirement or conversion in 2017. Coal plant closures occurred at an even faster pace in 2018, with a total of 14.3 gigawatts of coal-fired capacity closing up shop. 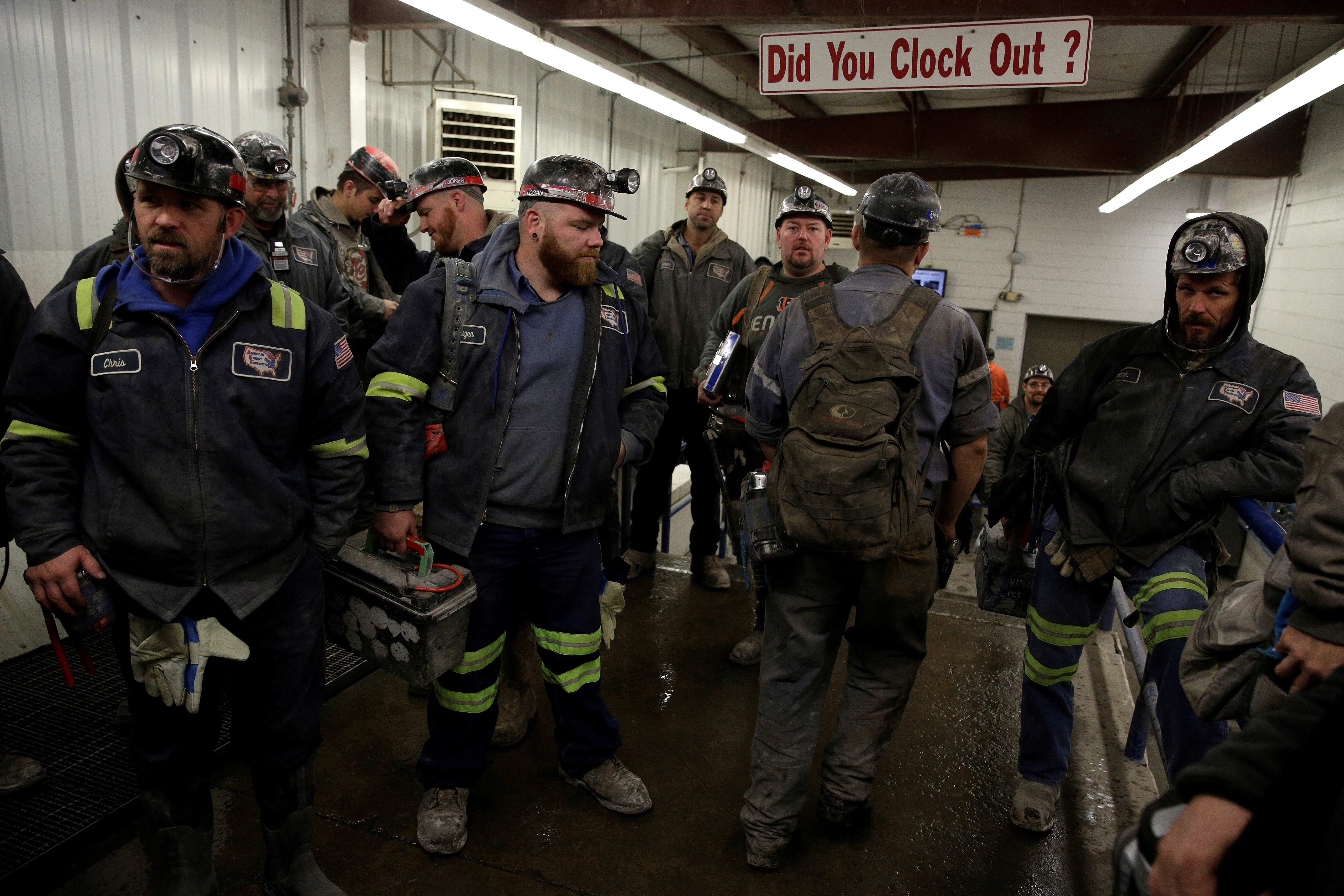 Miners arrives for the start of their shift at the American Energy Corporation Century Mine in Beallsville, Ohio, U.S., Nov. 7, 2017. REUTERS/Joshua Roberts

President Donald Trump, who campaigned on breathing life back into the coal industry, has made great efforts to stave off the plant closures. Trump has announced numerous rollbacks of Obama-era environmental regulations to prop up the nation’s coal fleet. The White House has even considered a bailout plan for at-risk coal and nuclear plants, arguing that their early retirements could affect the reliability of the nation’s grid system. (RELATED: Trump Rolls Back Obama-Era Methane Rule)

However, Trump’s regulatory agenda may not be enough to stave off the coal-plant closures. The industry still faces stiff competition from cheap natural gas and subsidy-backed renewables. Utility companies are facing growing pressure from state governments to walk away from coal in lieu of more environmentally friendly sources of energy.

“I don’t think any utility in North America is going to consider building coal as a new venture,” Todd Williams, a partner at ScottMadden, an energy consulting firm, said to WSJ.