Democratic Massachusetts Sen. Elizabeth Warren’s website for her presidential exploratory committee attempts to link questions about her claims of Native American heritage to people who questioned whether former President Barack Obama was born in the United States.

Warren launched the committee Monday, including a website with a “fact squad” meant to push back against criticisms of the senator.

Warren’s website blames “the right-wing machine” for scrutiny of her heritage claims. 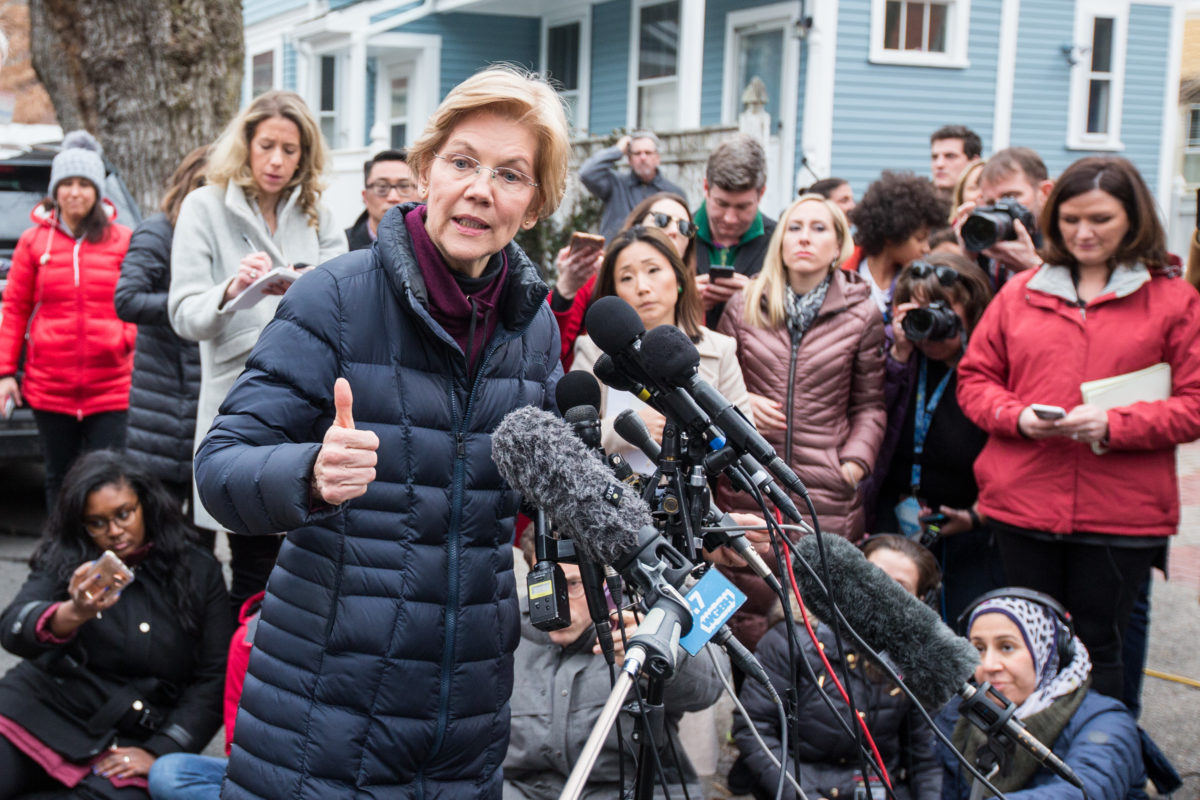 Sen. Elizabeth Warren (D-MA), addresses the media outside of her home after announcing she formed an exploratory committee for a 2020 Presidential run on December 31, 2018 in Cambridge, Massachusetts. Warren is one of the earliest potential candidates to make an official announcement in what is expected to be a very large Democratic field. (Photo by Scott Eisen/Getty Images)

“They have called Elizabeth ‘Pocahontas’ and used racist depictions of Native American history, culture, and people to make Elizabeth the butt of a joke,” the website states.

“These actions not only dishonor Native people and their many contributions to this country, but perpetuate harmful stereotypes that Native communities continue to fight against.” (RELATED: Warren, Gillibrand Opposed Over 90 Percent Of Trump Nominees)

“Show us your papers. Release your birth certificate. It’s all part of the right’s disgusting effort to use race-baiting and fear-mongering to distract our country and divide our people while they rig the system for the rich and powerful,” Warren’s site claims.

It also displays a photoshopped image of Obama behind Warren that reads: “Don’t worry Liz, I think we fooled them.” 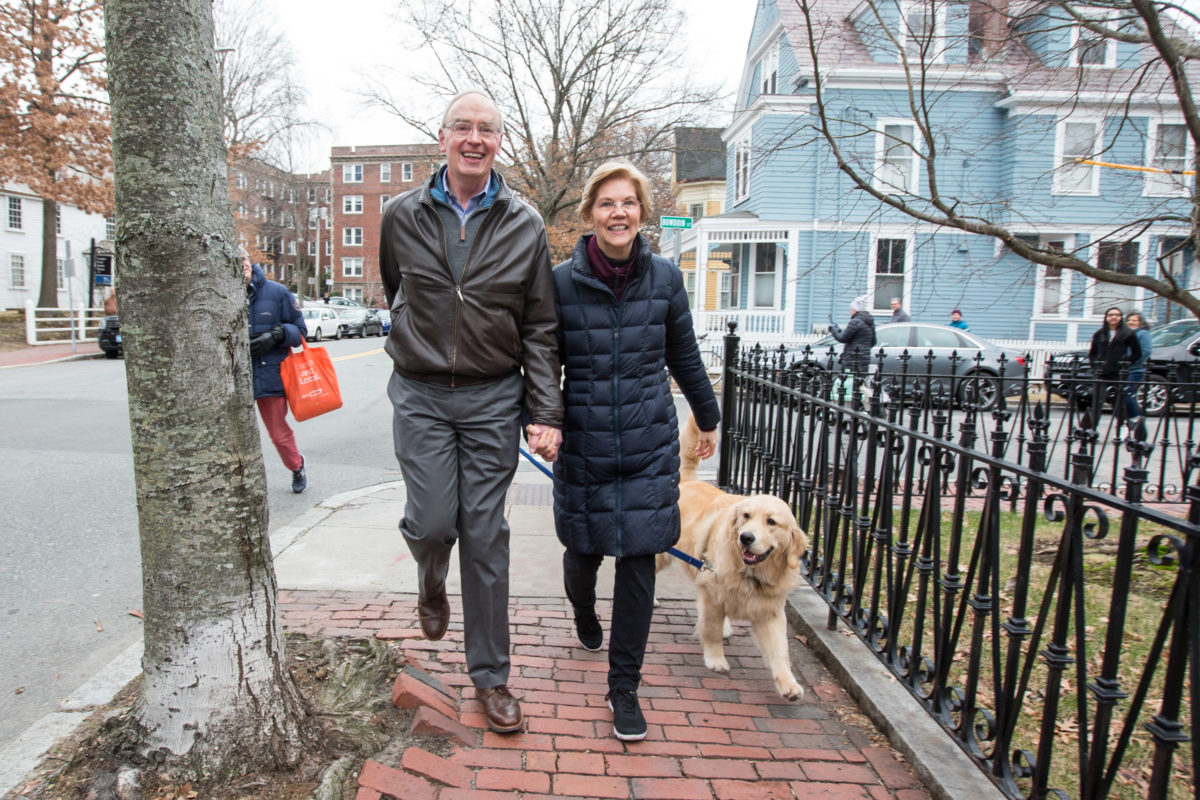 Sen. Elizabeth Warren (D-MA), her husband Bruce Mann and dog Bailey walk back to their home after Warren addressed the media following her announcement that she formed an exploratory committee for a 2020 Presidential run on December 31, 2018 in Cambridge, Massachusetts. Warren is one of the earliest potential candidates to make an official announcement in what is expected to be a very large Democratic field. (Photo by Scott Eisen/Getty Images)

Warren’s campaign didn’t return a request for comment on the comparison between Warren’s heritage claims and Obama’s birth certificate.

Trump was among those who questioned whether Obama had actually been born in the United States, an issue Obama put to rest in April 2011 by releasing his long form birth certificate.

Warren in October 2018 released the results of a DNA test indicating she likely has a small fraction of Native American ancestry.

The Cherokee Nation sharply criticized Warren’s use of the DNA test to support her claimed links to the tribe.