The British Army is trying to draw new recruits with a Millennial-focused campaign appealing to “snowflakes,” “selfie addicts” and “binge gamers,” among others.

“We are trying to show that we are unlocking potential, potential that many elements of society may not see in young people but we do,” Col. Ben Wilde, head of recruiting for the British Army, said Thursday, according to NBC News.

The British Army was about 5,500 short of its goal of 82,000 fully trained troops in October. Nearly half of all applicants dropped out halfway through the process in 2017 and 2018, according to The Guardian.

The posters are reminiscent of the popular World War I posters that told young Britons mustachioed Field Marshal Lord Kitchener “wants YOU.”

The British Army’s ads are aimed at young people between the ages of 16 and 25, an age bracket that includes both Generation Z and the youngest in the Millennial cohort, according to The Guardian. A mere 7 percent of British young people know someone who serves in the military, Nick Terry, a marketing director on the campaign, said according to NBC News. 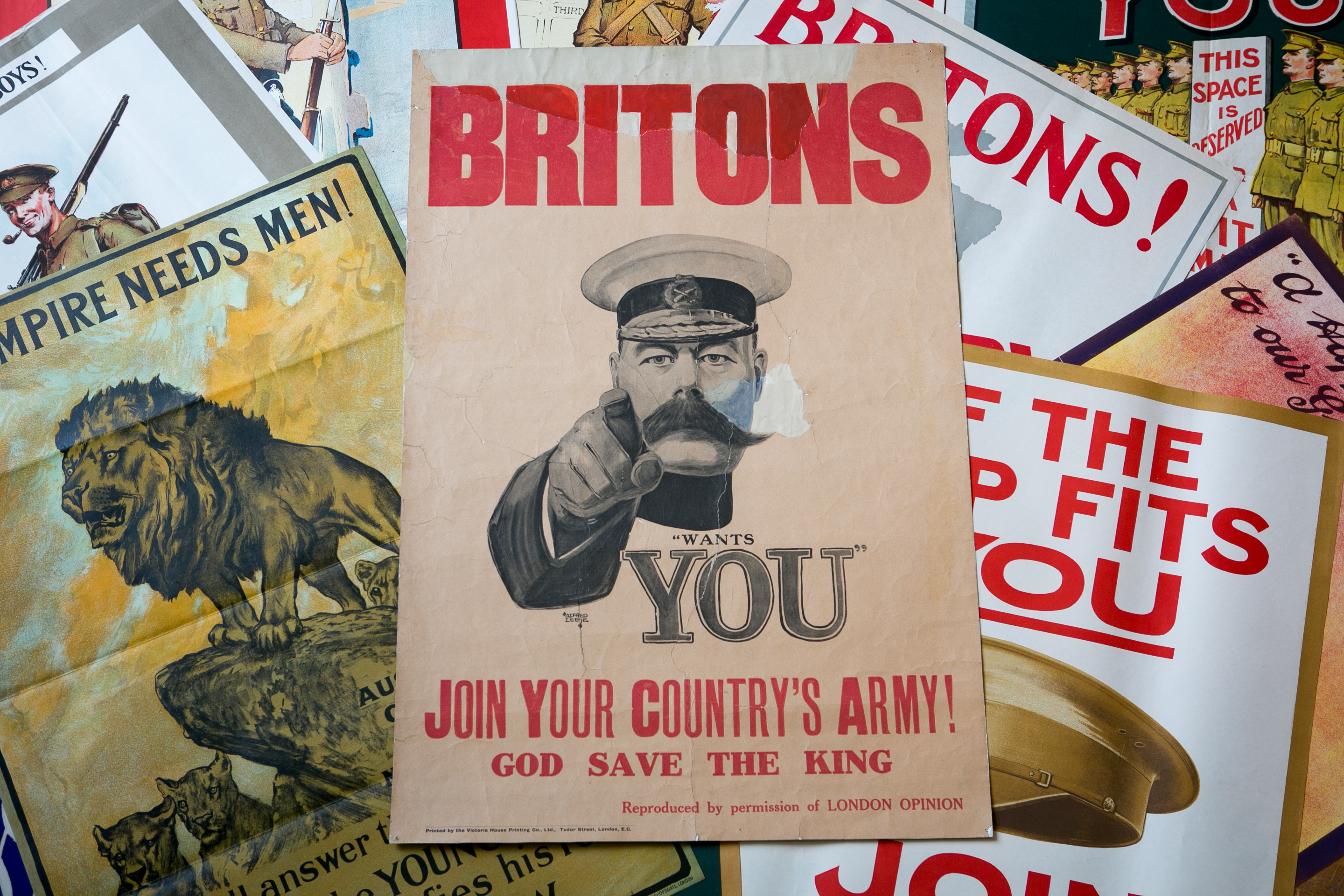 First World War recruitment posters including the Alfred Leete’s Lord Kitchener’s “Wants You” original recruiting poster from 1914 that is estimated at £10000 – £15000 and that are being sold tomorrow in the Onslows Auctioneers, The Great War Centenary and Summer Vintage Posters Auction are seen, on July 8, 2014 in Blandford Forum, England. (Photo by Matt Cardy/Getty Images)

Reactions to the ad campaign were mixed, to say the least.

“What do you think of the latest British Army recruitment adverts? I personally like them and I think they’ll do a good job!” radio presenter Chris Keen wrote Thursday on Twitter.

“Not sure why the British Army thinks insulting young people is a good recruitment tactic. What an awful campaign,” wrote former Labour Party politician Sarah Hayward on Twitter.

The British Army deploys to countries including Afghanistan, Belize and Iraq for anti-terrorism, peacekeeping and other missions, according to its website.

On the other side of the pond, U.S. Army recruiters are finding their jobs harder and harder too. A booming economy and healthy job market draw away potential recruits, especially in the blue cities where the Army is shifting its focus.

High school administrators try to make the Army recruiters’ jobs harder in liberal cities like Portland. Sometimes recruiters in those cities are greeted by protesters who bring up civilian deaths in Iraq and Afghanistan or military sexual assault.

The recruitment difficulties have been ongoing and have caused U.S. Army Recruiting Command to experiment with forgiving past marijuana use and accepting more individuals who scored low on standard military exams.