The mother of a son killed by an illegal immigrant says Democratic Party leadership needs to stop playing “Russian roulette with our lives” and support a border wall.

“I’m giving him a standing ovation,” Durden told Fox. “He needs to stand his ground. He promised us that … All the politicians should actually stand with him instead of trying to dismiss him … it’s immoral not to build that wall and protect other Americans from having the fate that I suffered.”

Durden is the president and founder of Advocates for the Victims of Illegal Alien Crimes, part of the “Angel Families” network that works to prevent illegal immigration criminality. Durden’s son, Dominic, was killed almost seven years ago by an illegal alien from Guatemala who already had two DUI convictions before hitting and killing Durden’s son, according to the Fox segment. (RELATED: Police Officer Killed In Traffic Stop By Illegal Immigrant)

Durden pleaded with the Democratic leadership to cooperate with the president for the national interest.

“[Senate Minority Leader Chuck] Schumer and [House Speaker Nancy] Pelosi, you need to stop playing Russian roulette with our lives and get that wall built,” she said. Pelosi has maintained throughout the government shutdown that she will not support any funding for the wall.

Durden wondered why Pelosi is “funding other foreign governments” but not willing to support $5 billion for the wall. Holding up a vase for the camera, Durden said, “Here are the ashes of my son. Does Nancy or Chuck have to have the ashes of their loved ones before something is done?” (RELATED: Border Violence Up 300% Since Migrant Caravan Arrival, Government Says) 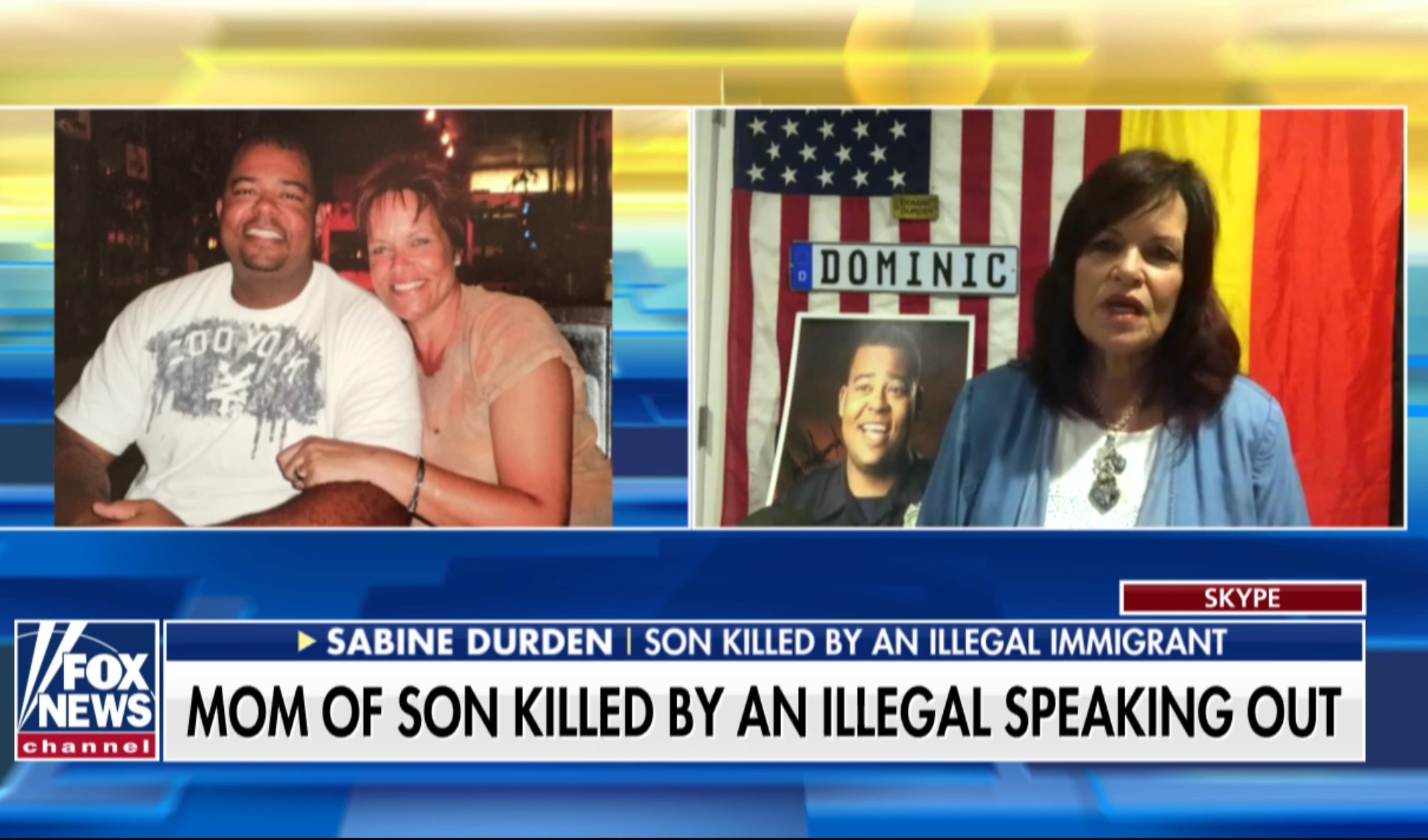 The border security advocate encouraged Democrats to be “American heroes” first. “You have to love Americans more than you hate the president.”