A Saudi Arabian teen defector used cries for help on social media to avoid being deported back to her family after being held up in Thailand on her way to Australia.

Rahaf Mohammed Alqunun, 18, is fleeing her home country because of alleged abuse by family members, reported BBC. There are also reports she renounced Islam and is trying to escape a marriage.

Alqunun is under the care of the United Nations refugee agency as of Monday after barricading herself in an airport hotel room to avoid being flown back to her family. She slipped away from her family while on vacation in Kuwait, reported The New York Times.

Alqunun’s plan to seek refuge in Australia was almost stopped Saturday, when she said a Saudi diplomat took her passport when she landed in Bangkok. Then Thai authorities said she didn’t meet the requirements for a Thai visa. (RELATED: Netflix Censors Comedy Show On Behalf Of Saudi Government)

Thai immigration police chief Surachate Hakparn said he had been tipped off about Alqunun by Saudi officials who said she was a runaway, reported BBC.

That’s when the teen took to social media.

“I’m calling for all people inside the transit area in Bangkok to protest against deporting me to Kuwait[.] Please I need u all[.] I’m shouting out for help of humanity,” Alqunun wrote on Twitter Sunday.

She continued to get more desperate.

“Thai authorities have lied to me[.] They told me I can’t ask for UN protection but they are not allowing UN to reach me[.] I think they are trying to get me to eat the food to drug /roofie me to ship me back to Kuwait,” Alqunun wrote on Twitter Monday.

Some of her tweets got more than 1 thousand retweets, and Thailand acted. Thai police chief Surachate said Alqunun was allowed to temporarily enter Thailand Monday under UN protection, instead of making her wait the typical five to seven days for case evaluation, reported The Associated Press. 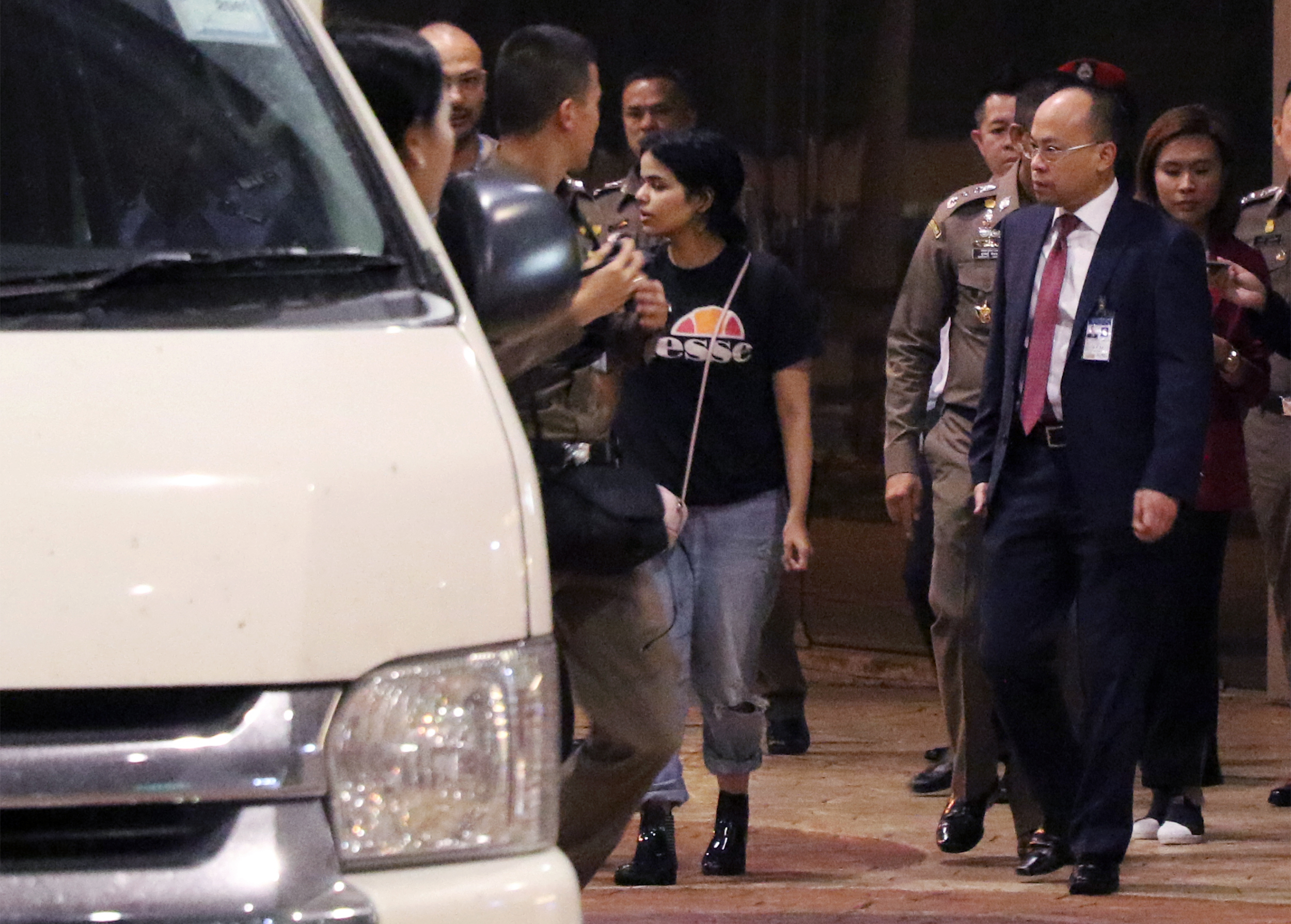 “She is now under the sovereignty of Thailand; no one and no embassy can force her to go anywhere,” Surachate said according to BBC. “Thailand is a land of smiles. We will not send anyone to die.”

Saudi law dictates a male relative must act as a woman’s guardian to carry out many everyday activities, according to the AP. The nation has been in the news constantly after the Oct. 2 murder of Saudi writer Jamal Khashoggi in the Saudi consulate in Istanbul.

Saudi Arabia blocked an episode of a political Netflix show called “Patriot Act with Hasan Minhaj” in December because the episode dealt with Khashoggi’s death.

1
1 Day After Mocking 'Right-Wing' Media For Reporting On Crime, CNN's Cuomo Admits Homicides Are Rising — But Here's Where He Placed The Blame
Media
2
The Side Of Kayleigh McEnany The Media Won’t Tell You About
Politics
3
'F**k You, N***a': UFC Star Appears To Brutally Punch An Old Man And Shout Racial Slurs In Horrific Video
Editorial
4
Reporter grills Rahm Emanuel over CNN 'Chicagoland' coordination
Politics
5
'We’ll Have To Wait And See': McConnell Uncertain About Attending Republican National Convention
Politics