The U.S. Supreme Court declined to hear Exxon Mobil’s appeal of a Massachusetts high court decision allowing the state’s attorney general to continue her investigation into whether the oil giant misled people about the risks global warming regulations pose to its operations.

It’s a major win for Massachusetts Attorney General Maura Healey, a Democrat, who said in a statement the court’s decision “clears the way for our office to investigate Exxon’s conduct toward consumers and investors.”

“The public deserves answers from this company about what it knew about the impacts of burning fossil fuels, and when,” Healey tweeted Monday morning.

Today’s #SCOTUS victory clears the way for our office to investigate Exxon’s conduct toward consumers and investors. The public deserves answers from this company about what it knew about the impacts of burning fossil fuels, and when. https://t.co/BljXQzcY49

Healey’s been battling Exxon for documents related to an investigation years ago over the company’s messaging on global warming. Exxon, however, has fought Healey every step of the way.

Healey demanded internal documents and records regarding conservative groups, including two groups — the Beacon Hill Institute and Americans for Prosperity — that never got any funding from Exxon.

Exxon asked the U.S. Supreme Court in September 2018 to halt Healey from obtaining internal documents. Exxon argues Healey shouldn’t be allowed to compel compliance to a subpoena from a company that has no operations in Massachusetts. 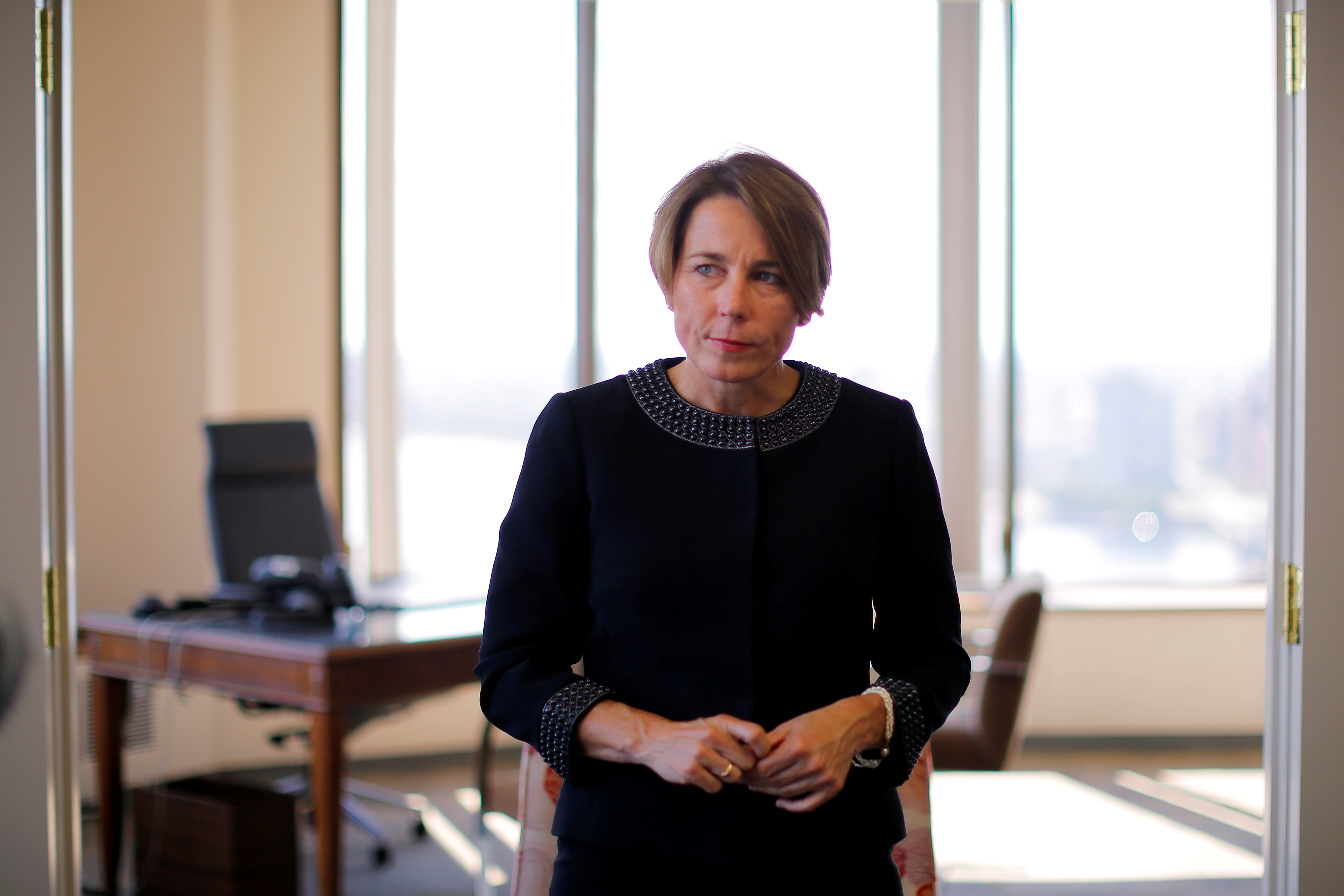 Massachusetts Attorney General Maura Healey listens to a question during an interview with Reuters at her office in Boston, Massachusetts, U.S., July 26, 2017. REUTERS/Brian Snyder.

“The question presented is whether a court can exercise personal jurisdiction over a nonresident corporation to compel its compliance with an investigatory document request where jurisdiction is based principally on third-party contacts that are unrelated to the subject matter being investigated,” Exxon said in its petition.

Healey, however, argued the Massachusetts high court correctly ruled she could compel Exxon’s compliance because of its presence in the state through advertising and licensing agreements.

Exxon’s resistance is supported by 11 Republican attorneys general who called the investigation an “unconstitutional abuse of investigative power” to “promote one side of [the] international public policy debate.”

Healey joined the crusade against Exxon in 2016 after former New York Attorney General Eric Schneiderman opened a probe into the company’s public and private statements on global warming. 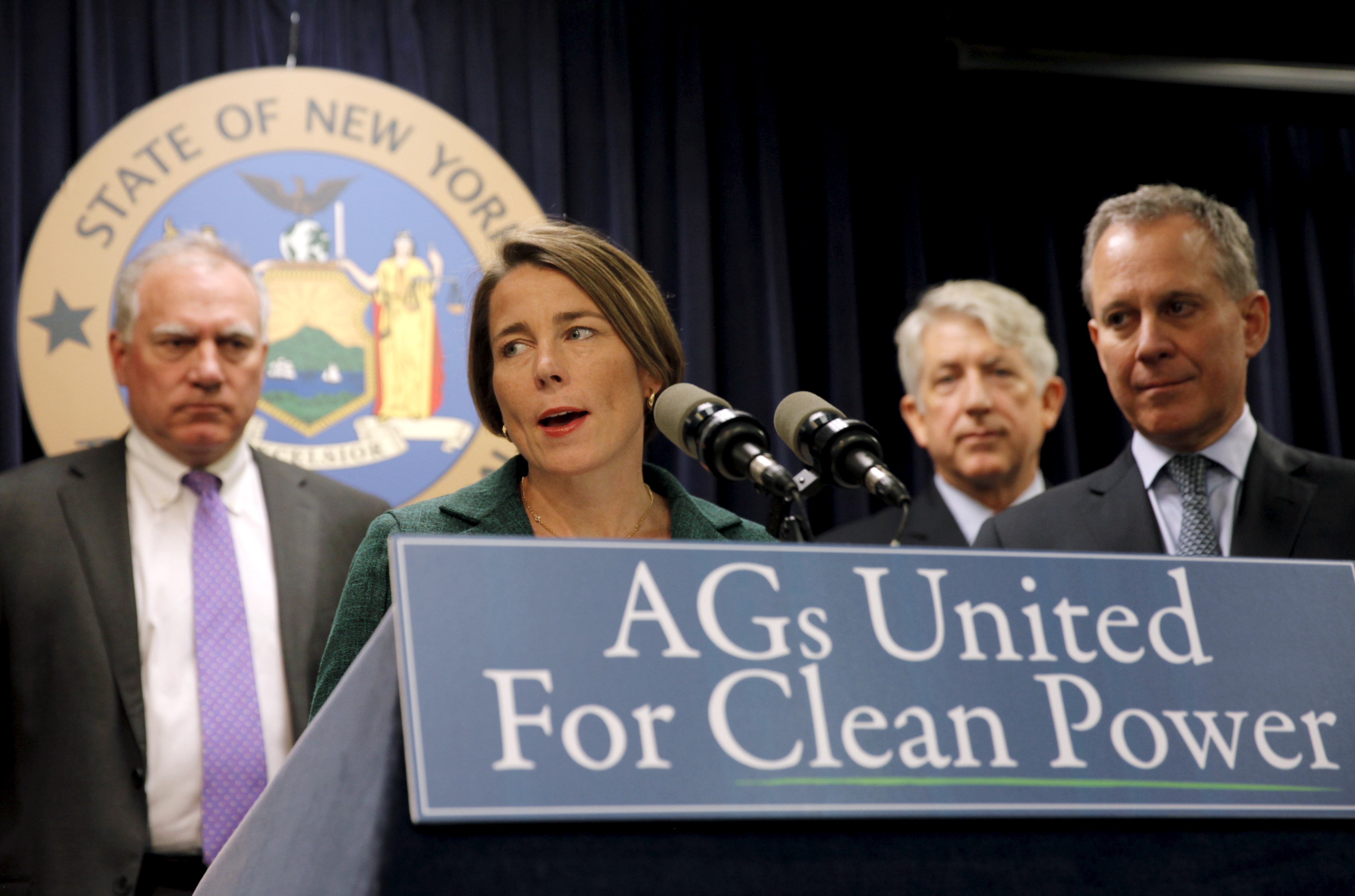 Exxon handed over documents to New York and the Securities Exchange Commission, which dropped its probe into Exxon in August, but the company has not handed over any documents to Healey. (RELATED: The Ninth Circuit Actually Handed Trump A Huge Win And The Media Completely Ignored It)

Schneiderman resigned from office in May amid allegations he sexually abused several women. His successor, Barbara Underwood, continued the probe against Exxon and brought suit against the company for allegedly not accurately representing risks of climate regulation to investors.