A former national park ranger is hailing the Trump administration’s move to free up revenue from national park visitor fees to go toward operational costs needed to keep parks open through the partial government shutdown.

“With the government shutdown entering its third week, the National Park Service is right to search for creative ways to get our nation’s most popular parks back up and running,” Regan said in a statement to The Daily Caller News Foundation. “Tapping fee revenues to provide basic visitor services is eminently sensible.”

NPS Deputy Director P. Daniel Smith announced the “extraordinary step” Sunday. The NPS is changing internal agency rules and allowing park supervisors to dip into the revenue from visitor fees to pay for maintenance and operational needs until an appropriations bill is signed. Visitor fees were set aside before the shutdown for future park projects and paying off a deferred maintenance backlog.

“In the coming days the NPS will begin to use these funds to clean up trash that has built up at numerous parks, clean and maintain restrooms, bring additional law enforcement rangers into parks to patrol accessible areas, and to restore accessibility to areas that would typically be accessible this time of year,” Smith said in a statement.

Former NPS Director Jonathan Jarvis, who led the agency from 2009 to 2017, slammed the move as a “significant departure” from agency policy and possibly illegal.

“Since [the Federal Lands Recreation Enhancement Act’s] original passage, it’s always been interpreted by the Park Service as not available for operations,” Jarvis said, according to The Hill.

The Federal Lands Recreation Enhancement Act (FLREA) gives the NPS broad authority to decide how to use funds collected from park fees, according to Regan. The NPS has crafted its own internal policies that have prevented park fees from being used for operational needs. 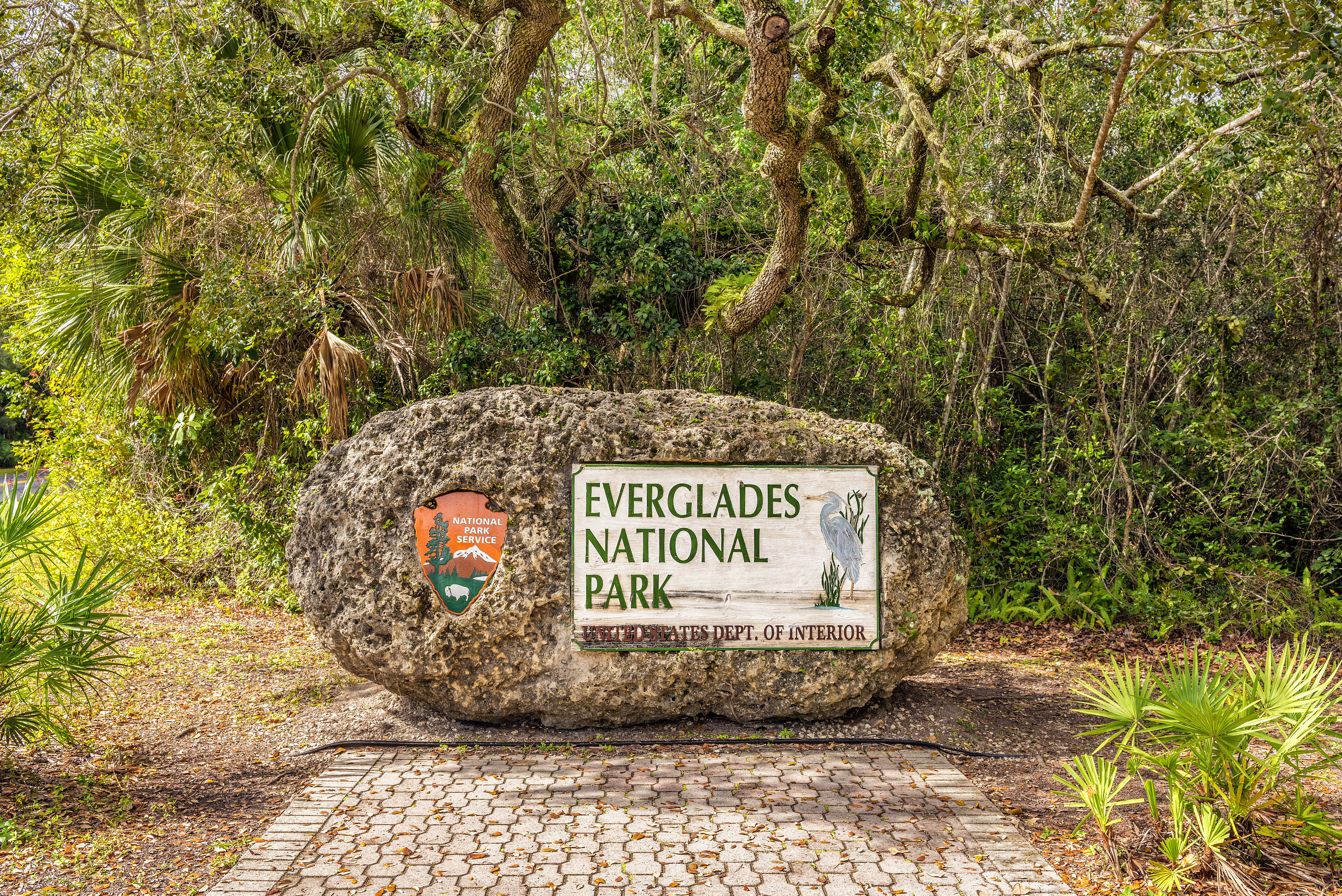 An entrance sign to Everglades National Park in Florida is pictured. (Shutterstock/Nick Fox)

“Relaxing those internal controls, as the Park Service appears to be doing, is a positive step toward better addressing the agency’s most pressing maintenance and operational challenges,” Regan said.

The FLREA was passed partly in response to the Norris campground closure in Yellowstone National Park over a lack of funding in the 1990s. Norris closed despite bringing in more money to the U.S. Treasury than it cost to operate, according to Regan.

The Fee Demonstration Program, which later became the FLREA, allowed parks to keep all revenue from visitor fees rather than send it back to the Treasury as long as it was put back in the parks to enhance the visitor services and experience.

“It’s hard to see why allowing parks to tap fee revenue to keep popular parks open during a government shutdown would be anything other than a sensible policy — and one that is largely consistent with the origins of the current National Park Service fee program,” Regan said.