Workers calling in sick have had “a minimal impact on operations,” TSA spokesman Michael Bilello told The Wall Street Journal.

But that could change if Congress and the White House are unable to come to an agreement that reopens the government as President Donald Trump continues to demand funding for a southern border wall.

There are conflicting reports about whether enough TSA workers have started calling in sick to significantly slow down security lines. Over 5 percent of TSA employees at Dallas/Fort Worth International Airport called in sick Friday compared to the typical 3.5 percent, reported TheWSJ.

“This TSA line at SeaTac is out of this world. I’ve NEVER been in a line this long before,” one Twitter user wrote Sunday.

This TSA line at SeaTac is out of this world. I’ve NEVER been in a line this long before.

More than 99 percent of Sunday’s 2.2 million air travelers made it through security in less than 30 minutes, according to TSA. LaGuardia Airport was the outlier with an average wait of 52 minutes, but TSA blamed that on a “mismanagement of resources” rather than a sickout, reported CBS News. 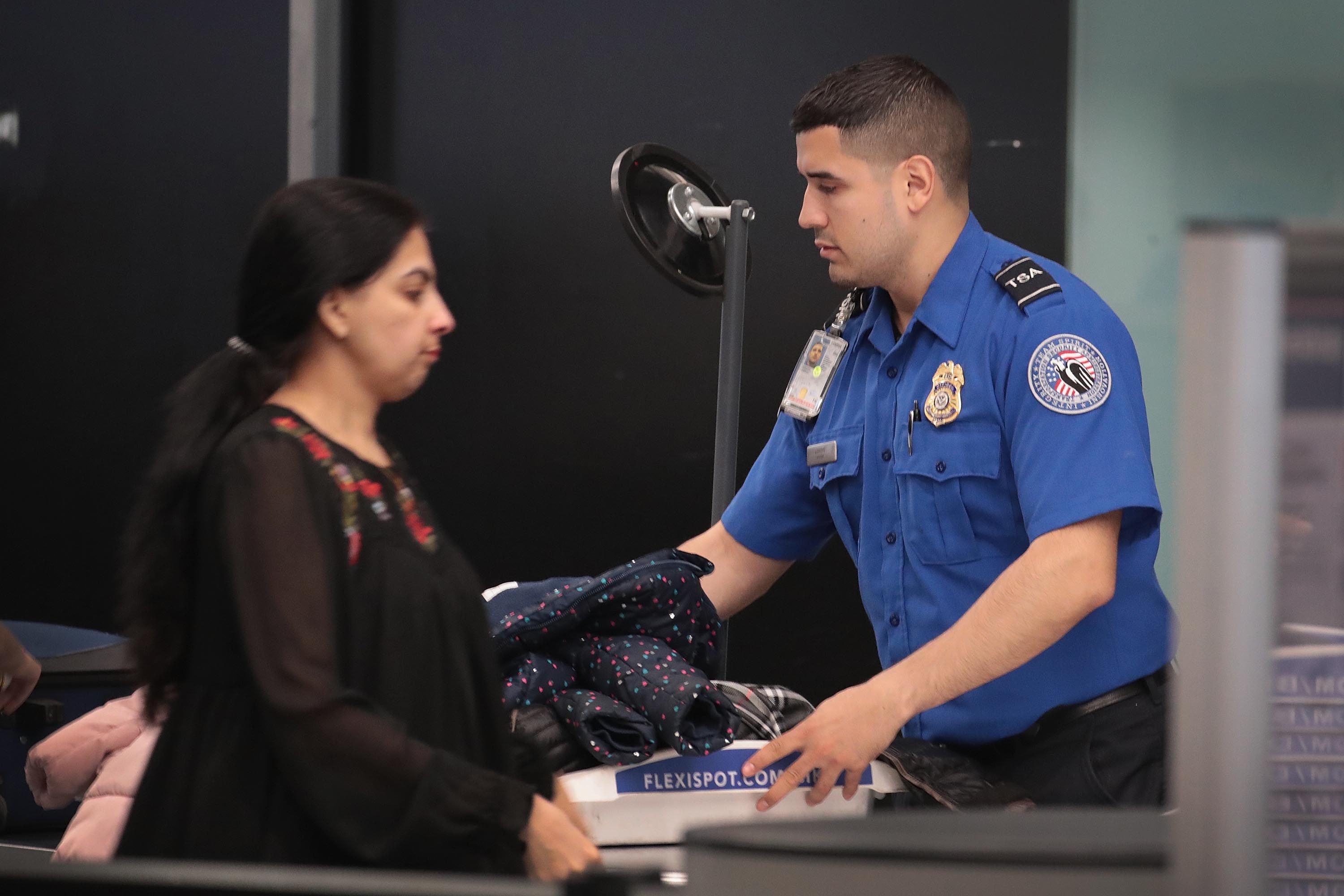 The main concern is how a sickout could affect passengers’ safety.

“The agency is well prepared to handle these different contingencies without letting it impact the actual security,” said Kip Hawley, a former TSA administrator, according to TheWSJ.

The shutdown is also contributing to staffers in air traffic control towers calling out of work, reported Forbes.

The federal government employs more than 2 million people full-time excluding U.S. Postal Service employees, according to Governing.com. Roughly 80 percent of them work outside the Washington, D.C., region. More than 420,000 federal employees would be expected to work without pay, according to a press release from Vice Chairman Patrick Leahy’s Senate Appropriations Committee staff.

Congress has a practice of issuing backpay for the federal employees who keep working during the shutdown. The partial government shutdown that started Dec. 22 is one of the longest in U.S. history and could set a record if it lasts longer than 21 days.

Meanwhile, Trump might try to pursue his border wall via a national emergency declaration.